What Rav Soloveitchik said in 1974 is truer than ever: normative Judaism is on the defensive in the modern world. 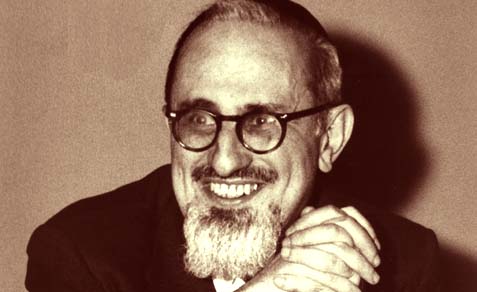 A rabbi who studied at Yeshiva University recently posted a blog where he commented on the prohibition of homosexual relations in Vayikra 18:22, "[E]very time I encounter these two verses, I feel I understand them less."
Y.U. recently commemorated the twentieth yahrtzeit of Rav Joseph B. Soloveitchik (zt"l), the rosh yeshiva most associated with this institution. A man of immense integrity and Halachic loyalty, Rav Soloveitchik had no such problems understanding the clear, Divine language of the Torah. Speaking in 1974 about how "it's quite in vogue to be heretical," Rav Soloveitchik related the following:


A philosophy of [homo]sexualism is being preached throughout the Western world, to such an extent that a certain rabbi came to me and said, "How can we defend ourselves against it?" I told him, take out a Chumash and read a pasuk. V'es zachar lo sishkav mishk'vei ishah. [Vayikra 18:22] We are on the defensive, you understand. Why? And the same is true of abortion and so forth.

Rav Soloveitchik likewise observed in Man of Faith in the Modern World:


We think we know the motivations for the prohibitions against stealing, murder, adultery, and false testimony and for the positive commandments which reflect a sensitivity to the rights and welfare of others. They seem to be morally uplifting and socially stabilizing. In fact, however, their moral reasonableness is often in question in our modern world. The campaigns to legitimize abortion, euthanasia, adultery, and homosexuality are examples of the unreliability of the social conscience…

Specific to sexual morality, Rav Soloveitchik emphasized the universal nature of such standards. He noted in The Emergence of Ethical Man with reference to the Seven Noahide Laws,


It is worth mentioning that both prohibitions (bestiality and homosexuality) apply to non-Jews too and form part of a universal religion that is based upon the concept of man and personality.

Rav Soloveitchik elaborates in Abraham's Journey on our duties to the gentile world in this area:


Our task was and still is to teach the Torah to mankind, to influence the non-Jewish world, to redeem it from an orgiastic way of living, from cruelty and insensitivity, to arouse in mankind a sense of justice and fairness. In a word, we are to teach the world the seven mitzvot that are binding on every human being.

What Rav Soloveitchik said in 1974 is truer than ever: normative Judaism is on the defensive in the modern world. The answer to this hostility is not to abandon our internal and global duties. The answer is not to pretend that HaShem is ambiguous where He is perfectly clear—an act equal parts arrogance and cowardice. May Rav Soloveitchik's example give us focus and strength in days ahead
Reapply Old Ideas


The Chofetz Chaim, (one of our early 20th century sages)  used to say, "There is a popular expression that "Every fool is wise in respect to himself. My experience has shown that many wise people act like fools with respect to themselves."

Many important concepts for living sound quite simple and obvious. Think of an idea that you dismissed as not being for you because you felt that you had already mastered it or, just the opposite, it was too difficult for you. Now find a way that you can apply that idea.

With the next idea that you come across today, ask yourself, "How can I apply this?
Love Yehuda Lave