An example is Nebechudnezzer, who was a monarch with tremendous power, but nevertheless failed to find satisfaction. The Midrash says he constantly felt embarrassed because he was short and fat. 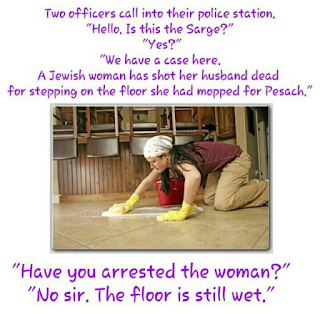 ​This is an amazing production - you'll want to go back and view it more than once.
History in 2 minutes

This is worth the two minutes (A quick lesson in History!)

Seventeen year old Joe Bush got a high school assignment to make a video reproduction.
He chose history as a theme and tucked it all into two minutes.

Joe took pictures from the internet; added the sound track "Mind Heist" by Zack Hemsey
(from the movie Interception) and came up with this.

Incredible work for a 17-year old.  Just finding the pictures was a formidable task.

Speaking of history, here is a piece on how Judaism has changed called The Way we Were.
By: Harry Maryles
Published: March 25th, 2015 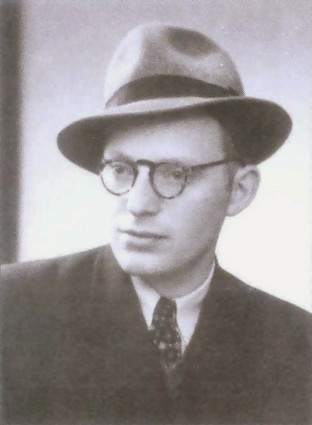 When I was a Beis HaMedrash student at the Hebrew Theological College in Skokie, one of the senior students there asked Rav Mordechai Rogov, (ZTL) whether it was permitted to have mixed seating (men and women at the same table) at his wedding . This was the late sixties. The move to the right had begun.

In the Yeshiva world mixed seating had always been the norm. Whereas in the Chasidic world separate seating had always been the norm. In an attempt not to be out-frummed the Yeshiva world started mimicking Chasidim. So some people started having separate seating at the weddings of their children. Banquets started going in this direction too. Probably for the same reason. They had to keep up with the Halberstams and the Teitlebaums.

The senior student's entire family including extended family and their friends were not observant. So he had this dilemma and asked his Rebbe, Rav Rogov if he could accommodate them and have mixed seating. Rav Rogov's response in Yiddish was the following; 'In Der Lita, Zenin Mir Nit Geven Makpid' In Lithuania, we were not particular (about such things as separate seating).

Rav Rogov was a Gadol who studied under Rav Baruch Ber Liebowitz. And had come over to these shores via Shanghai with the students of Mir during the Holocaust. It was this community that didn't care about mixed seating at weddings. This was evident when other Gedolim like Rav Yaakov Kamenetsky and Rav Moshe Feinstein sat with their wives at weddings in their early years in America.

This is just one example of what religious life was like in the Yeshiva world of Europe. There numerous other examples of life at that time that makes our time look like the Taliban has taken over. The manner of dress among Yeshiva men was modern. They were all clean-shaven. None of them had Peyos or beards. In fact Yeshiva students that at that time tried to grow beards were told by many Roshei Yeshiva shave them off!

Those who tried – looked at the Chasidic students that had been accepted into the Lithuanian Yeshivos. They came with beards and Payos. Some of the Lithuanian students tried to emulate them. But their Roshei Yeshiva stopped them from doing so because they wanted them all to look normal for public consumption.

The fact that many observant married women had abandoned covering their hair was a fact lamented by Rav Yechiel Michel Epstein in his magnum opus, the Aruch HaShulchan. It was an accepted fact that had no heated opposition. There were no bans. No threats of being ostracized. Just a resignation that this was the way it was. The rabbinic leaders of the day learned to live with it, despite the fact that it was technically considered a violation of Halacha.

I occasionally hear a lament to return to the glory of pre-war Europe, where the great Yeshivos were in flower. Mir, Ponevezh, Slabodka, Radin, Kletzk, Brisk, Volozhin, Telshe… just to name a few were the models upon which the Yeshivos of today base themselves. If only the Hashkafos of that era were as sought after. But alas, we no longer live in that world in any real sense. It is the Hashkafos of those who are the most right wing that are sought after.

We no longer live in a world Chasidim are separated geographically from the Lithuanian Yeshiva world. We all live in neighborhoods that are a stone's throw from each other. The world has shrunken. It no longer takes days or weeks to travel from one part of the world to another. In just a few hours, we can travel from New York to Israel. And communications have advanced to the point where we can have instant communication in a variety of ways with people half way around the world without spending a penny… including face to face communication!

What this has wrought in my view is an unhealthy obsession with Frumkeit. Not observance. But Frumkeit. The kind that has little to do with Halacha but has everything to do with 'membership'. If one wants to be considered a member in good standing of the Charedi world, he can no longer be an individual. He must do as he is told or he is out! And as we all know membership has its privileges. If one is a Charedi and is thrown out of the club – there can be no greater punishment than that. He will be an outcast that will not even get the benefits of charity if he needs it.

Think this is ridiculous? A canard by the Charedi bashers to make them look bad? Think again. From a translation of a Charedi editorial:

The editor of the the weekly Charedi newspaper בקהילה, Avraham Dov Greenbaum, called on the Charedi charity organisations to not help help families where the parents did not vote for a Charedi party, either because they voted for a different party or didn't vote at all.

You read that correctly. If you didn't vote for a Charedi party, you have put yourself 'Chutz L'Machaneh' – outside the camp! You have no food on the table? Too bad. You didn't listen to the Gedolim and voted wrong – or didn't vote at all? Goodbye. Have a nice life!

This is sick! And yet a mainstream Charedi editor is advocating it.

Lest anyone say OK, this is Israel. US Charedim do not behave like that. Perhaps not. But it is not unreasonable to assume that they may act that way in the future as the right keeps turning to its right and looking to Israel as its model. This is already happening in education where some Charedi elementary and high schools in the US have abandoned any secular studies programs. And while others still have them, they are often degraded by their Rebbeim as a necessary evil forced upon them by the government.

Oh how I long for the days where we were normal. Not that I advocate going to the left. They have their own problems. But why can't we strive for the golden mean? That point in the middle where normalcy lies? The point where our illustrious ancestors in Europe really lived? And not how the extremists of the right say they lived.

We need to get back to that. But as long as the right ignores the truth of history and looks Eastward for its paradigm we may as well start buying Burkas for our wives.

About the Author: Harry Maryles runs the blog "Emes Ve-Emunah" which focuses on current events and issues that effect the Jewish world in general and Orthodoxy in particular. It discuses Hashkafa and news events of the day - from a Centrist perspctive and a philosphy of Torah U'Mada. He can be reached at hmaryles@yahoo.com.