Things Not To Say On A Shidduch Date

In a real sense, the "silent small voice" is the truest and most authentic voice that exists. In silence, there are no distractions, and the individual is left to listen to his own internal voice, without any interruptions.

The shofar serves as a call to our inner selves. Indeed, the phrase in U'Netaneh Tokef which precedes "and a silent small voice will be heard ..." is "and the great shofar will be blown."

The greatness of the "silent small voice" is that in allowing one to hear his own inner voice, it allows him as well to experience Divine revelation. (David Magence)

Shabbat shalom and Shanna tova to all!

By negating the body, we give preeminence to the soul. Life is a constant battle -- between the yetzer tov (the desire to do the right thing, which is identified with the soul) and yetzer hora (the desire to follow your desires, which corresponds with the body). The Talmud compares the body to a horse and the soul to a rider. It is always better to have the rider on top of the horse -- to have the rider controlling the horse and not the horse controlling where the rider is going! 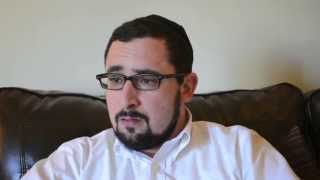 Back to serious stuff:

SS St Louis: The ship of Jewish refugees nobody wanted

When we were refugees 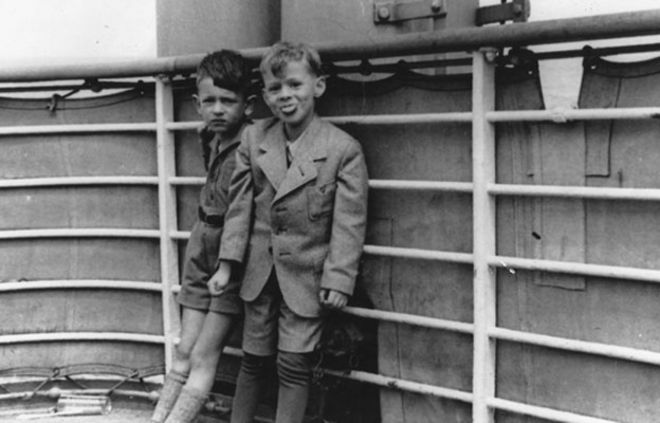 On 13 May 1939, more than 900 Jews fled Germany aboard a luxury cruise liner, the SS St Louis. They hoped to reach Cuba and then travel to the US - but were turned away in Havana and forced to return to Europe, where more than 250 were killed by the Nazis.

"It was really something to be going on a luxury liner," says Gisela Feldman. "We didn't really know where we were heading, or how we would cope when we got there."

At the age of 90, Feldman still clearly remembers the raw and mixed emotions she felt as a 15-year-old girl boarding the St Louis at Hamburg docks with her mother and younger sister.

"I was always aware of how anxious my mother looked, embarking on such a long journey, on her own with two teenage daughters," she says.

In the years following the rise to power of Hitler's Nazi party, ordinary Jewish families like Feldman's had been left in no doubt about the increasing dangers they were facing.

Jewish properties had been confiscated, synagogues and businesses burned down. After Feldman's Polish father was arrested and deported to Poland her mother decided it was time to leave.

Feldman remembers her father pleading with her mother to wait for him to return but her mother was adamant and always replied: "I have to take the girls away to safety."

So, armed with visas for Cuba which she had bought in Berlin, 10 German marks in her purse and another 200 hidden in her underclothes, she headed for Hamburg and the St Louis.

"We were fortunate that my mother was so brave," says Feldman with a note of pride in her voice.

Tearful relatives waved them off at the station in Berlin. "They knew we would never see each other again," she says softly. "We were the lucky ones - we managed to get out." She would never see her father or more than 30 other close family members again.

By early 1939, the Nazis had closed most of Germany's borders and many countries had imposed quotas limiting the number of Jewish refugees they would allow in.

When six-year-old Gerald Granston was told by his father that they were leaving their small town in southern Germany to take a ship to the other side of the world, he struggled to understand what that meant.

"I'd never heard of Cuba and I couldn't imagine what was going to happen. I remember being scared all the time," he says, now aged 81. 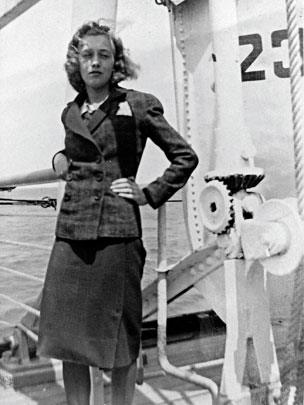 For many of the young passengers and their parents however, the trepidation and anxiety soon faded as the St Louis began its two-week transatlantic voyage.

Feldman, who shared a cabin in the lower part of the ship with her sister Sonja, spent her time walking around the deck chatting with boys of her own age, or swimming in the ship's pool.

On board, there was a dance band in the evenings and even a cinema. There were regular meals with a variety of food that the passengers rarely saw back home.

Under orders from the ship's captain, Gustav Schroder, the waiters and crew members treated the passengers politely, in stark contrast to the open hostility Jewish families had become accustomed to under the Nazis.

The captain allowed traditional Friday night prayers to be held, during which he gave permission for the portrait of Adolf Hitler hanging in the main dining room to be taken down.

Six-year-old Sol Messinger, who was travelling with his father and mother, recalls how happy everyone seemed. In fact, he says, the youngsters were constantly being told by the adults that they were now safe from harm: "We're going away," he heard people say again and again on that outward journey. "We don't have to look over our shoulders any more."

But as the luxury liner reached the coast of Havana on 27 May, that sense of optimism disappeared to be replaced by fear, then dread.

Granston was up on deck with his father and dozens of other families, their suitcases packed and ready to disembark, when the Cuban officials, all smiles, first came aboard.

It quickly became clear that the ship was not going to dock and that no-one was being allowed off. He kept hearing the words "manana, manana" - tomorrow, tomorrow. When the Cubans left and the ship's captain announced that people would have to wait, he could feel, even as a little boy, that something was wrong.

For the next seven days, Captain Schroder tried in vain to persuade the Cuban authorities to allow them in. In fact, the Cubans had already decided to revoke all but a handful of the visas - probably out of fear of being inundated with more refugees fleeing Europe.

The captain then steered the St Louis towards the Florida coast, but the US authorities also refused it the right to dock, despite direct appeals to President Franklin Roosevelt. Granston thinks he too was worried about the potential flood of migrants. 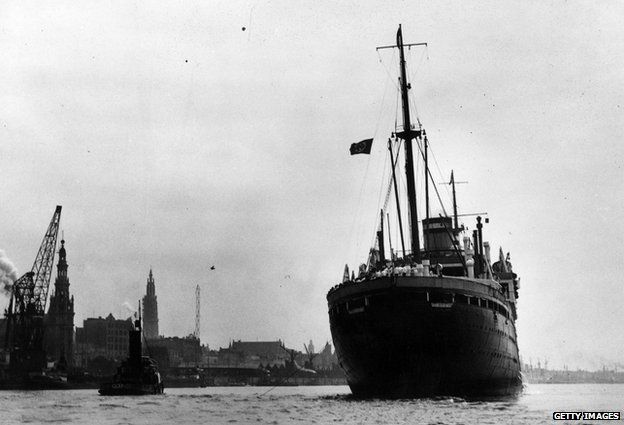 Why did ordinary people commit atrocities?

By early June, Captain Schroder had no option but to turn the giant liner back towards Europe. "The joy had gone out of everything," Feldman recalls. "No-one was talking about what would happen now."

As the ship headed back across the Atlantic, six-year-old Granston kept asking his father whether they were going back to see their grandparents. His father just shook his head in silent despair.

By then, people were openly crying as they wandered the ship - one passenger even slit his wrists and threw himself overboard out of sheer desperation. "If I close my eyes, I can still hear his shrieks and see the blood," Granston says quietly.

In the end, the ship's passengers did not have to go back to Nazi Germany. Instead, Belgium, France, Holland and the UK agreed to take the refugees. The American Jewish Joint Distribution Committee (JDC) posted a cash guarantee of $500,000 - or $8 million (£4.7m) in today's money - as part of an agreement to cover any associated costs.

On 17 June, the liner docked at the Belgian port of Antwerp, more than a month after it had set sail from Hamburg. Feldman, her mother and sisters all went on to England, as did Granston and his father.

They both survived the war but between them they lost scores of relatives in the Holocaust, including Feldman's father who never managed to get out of Poland.

Messinger and his parents went to live in France but then had to flee the Nazis for a second time, leaving just six weeks before Hitler invaded.

Two-hundred-and-fifty-four other passengers from the St Louis were not so fortunate and were killed as the Nazis swept across Western Europe. 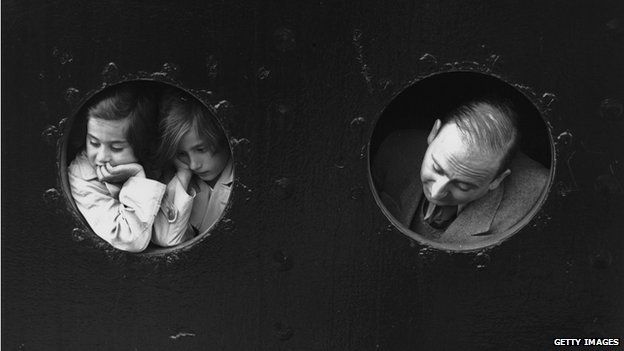 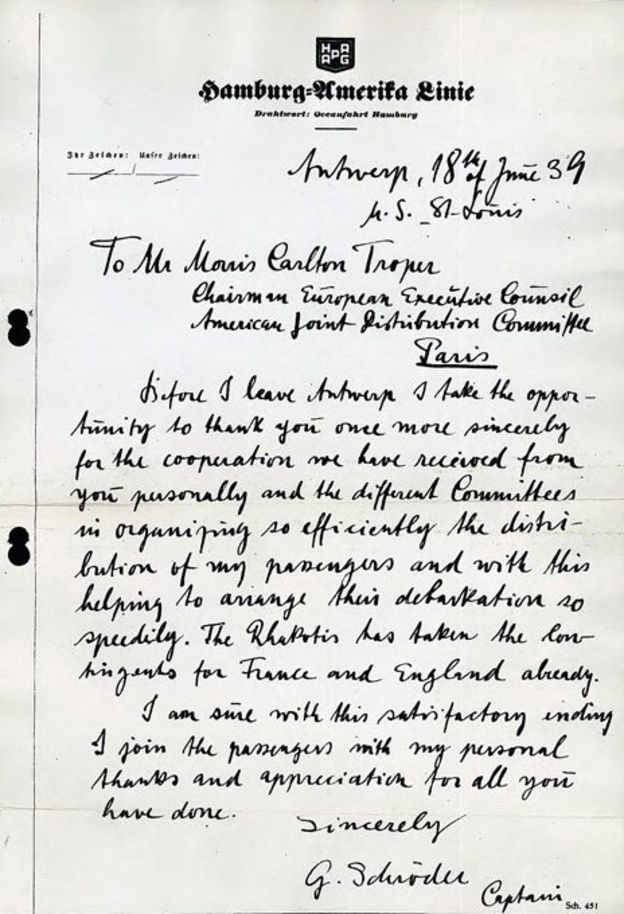 --
Since I almost had to have a tooth pulled, this joke spoke to me.

Chaim Yankel went to visit his dentist, Dr. Goldstein and sure enough, his candy habit had caught up to him.

Dr. Goldstein: I have to pull the aching tooth, but don't worry – it will take just five minutes.

Chaim Yankel: And how much will it cost?

Dr. Goldstein: I can extract it very slowly if you like