What Would Rabbi Kahane Say Now? and the Great lakes in WW II

Only what you have acquired spiritually is truly yours. Therefore your main focus in life should be on acquiring positive inner traits.


What Would Rabbi Kahane Say Now?

In 1985, he described programs of "secular Zionist gentilization" designed by the Ministry of Education.
By: Menachem Ben-Mordechai
Published: June 23rd, 2013 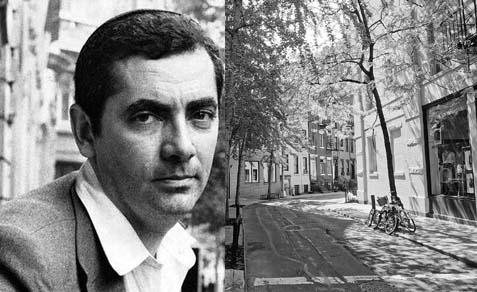 Rabbi Meir Kahane as a young man.
Yori Yanover recently posted Rabbi Meir Kahane's speech at the National Press Club in 1985. Last week, I had an interesting discussion with a couple of friends about whether Rabbi Kahane's views on Zionism and aliya would have changed had he lived through the Oslo Accords and subsequent disasters.
On the one hand, this was the man who made aliya with his family in 1971 and wrote books such as Time to Go Home (1972) and Our Challenge: The Chosen Land (1974). This was the man who wrote in The Jewish Press in 1979 that "Zionism is Judaism, because it was not Herzl who created Zionism, but the Holy One, Blessed Be He." (Unless otherwise indicated, this quotation and subsequent ones are from Rabbi Kahane's collected articles in the Beyond Words series.)
Rabbi Kahane wrote a lot more than that about Zionism, however.
In 1985, he described programs of "secular Zionist gentilization" designed by the Ministry of Education that involved children temporarily living with non-Jewish families, mixed summer camps, etc. Rabbi Kahane wrote the year after in "Fear, the New Zionism":
"…Israel is in the process of creating a new Minsk, Pinsk, Sa'ana and Brooklyn. Fear has become a permanent resident of Israel, moving into the hearts and minds of hundreds of thousands of Jews who fear the night…fear to allow their children to play alone in the streets."
On Yom Ha'atzmaut in 1989, Rabbi Kahane similarly reflected on Israeli society:
"I stood in broad daylight on Jerusalem's Jaffa Road, where two Jews had been murdered in cold blood and considered the fraud of the words of Hatikva, 'To be a free people in our land'! Free people? Say, rather, a terrified people. Terrified of being murdered in our capital city, in broad daylight. Terrified of walking in the eastern half of our Jerusalem. A 'free people'? Hardly. And 'our land'? Every day, it becomes a little less than that."
The previous year, Rabbi Kahane wrote the following startling words a few months before the "High Court" upheld the Central Election Committee's banning of the Kach Party, in the context of leftists whose objective is "the un-Jewing of Israel" (sounds like a certain former failed kickboxer):
"Clearly, that means the turning of Israel into a state that is so lacking in special Jewish meaning that not one sane, rational Jew would ever wish to give up the luxury of a wealthy, comfortable non-Jewish state called America, Canada, England, or Australia for the problems and burdens of a tiny, poor non-Jewish state called Israel.
And clearly, that means turning Israel into a state that is so lacking in any Jewish and Zionist content that only the legendary frayer [sucker] will find any reason to suffer in it when he could find comfort and respite from army duty and taxes and constant tension, in London, New York, Miami, Los Angeles, Toronto, or Melbourne."
One way to describe this evolution of thought would be a shift from Zionism to what might be called Judeanism, referring to Rabbi Kahane's announcement in 1989 of forming in Yehuda and Shomron a State of Judea (wherein he described Kiryat Arba as "the Jewish ghetto that overlooks the city of Hebron"). His ultimate goal with this project was that it would "push and drive Israel into annexing the territories. On that day, Judea will quietly integrate into the State of Israel and cease to exist as an entity."
In a speech on the State of Judea where he talked about the growing fear in Israel and the government's failure to protect citizens, Rabbi Kahane discussed aliya in prescriptive but realistic language:
"If you think that aliya from this country [America] to Israel without a change in Israeli policy is going to make things better, it's not so. It's not true. Indeed, one of the reasons why there is such a paucity of aliya is because a state which was once such a great, great dream is now a kind of a nightmare."

A similar bluntness characterized Rabbi Kahane's remarks on aliya in an interview from 1987:
I live in this country because it is an obligation ordered by G_d. Otherwise, why would I want to live in a country which, from my point of view, is miserable and uninteresting? If G_d hadn't ordered us to live in this country, I really wouldn't want to have anything to do with it. Because this country is an absolute disaster, from a geographical as well as a material viewpoint."
(On material considerations, the Pele Yoetz stated about aliya, "Even if this mitzvah is greater than the mitzvah of lulav and similar Biblical commandments, nonetheless, one who cannot afford [to make aliyah] is not obligated, and he does not have to beg door to door in order to fulfill this mitzvah." Rabbi Shlomo Kluger likewise wrote, "Even those who hold that we force people to make aliyah, and that it is a mitzvah, agree that this applies only to one who has enough [money] on which to live during the trip, and to someone who will not need to rely on others once he arrives. However, a pauper who does not have the means with which to pay for the trip and sustain himself once there certainly has no obligation to make aliyah…" These sources and additional related ones appear in Rise from the Dust: Eretz Yisrael in Halachah and Hashkafah by Tzvi Glatt Hy"d.)
Along with the horrors that followed Oslo and Gush Katif's destruction, there has been another major change since Rabbi Kahane's murder in 1990 that might have affected the degree to which he advocated aliya. I refer not to external threats like Iranian nuclear development but an internal threat: the attack on people's God-given right of self-defense through the disarmament of citizens that went into high gear after Yitzhak's Rabin's assassination in 1995.
A Reuters article soon after the assassination that foreshadowed this change began, "Hundreds of thousands of Israelis are allowed, even encouraged, to arm themselves against Arab attacks." In stark contrast, an ominously titled report from last month quoted Minister of Public Security Yitzhak Aharonovitch as saying, "Over the past decade the number of weapons permits has been reduced from 300,000 to 160,000, and now we are working to reduce the number of people holding weapons permits by 10,000 per year."
I wonder if that reduction extends to the "public security" minister's own protection entourage?
As a gun store owner in Jerusalem said in December, "In Israel it is not a right to bear arms, but a privilege." A friend from Be'er Sheva likewise comments, "I have looked into owning a handgun in Israel. It's pretty much impossible."
Call me warped from having grown up in a diasporic land that relatively honors the right to bear arms, but this situation brings to mind what the American jurist St. George Tucker observed in 1803 about the Second Amendment to the Constitution:
"This may be considered as the true palladium of liberty…The right of self defence is the first law of nature…Wherever standing armies are kept up, and the right of the people to keep and bear arms is, under any colour or pretext whatsoever, prohibited, liberty, if not already annihilated, is on the brink of destruction."
It doesn't seem most Israelis share this conviction. David Hazony was likely accurate when he wrote in April that "Israelis do not believe they have a 'right' to bear arms. Israel has no Second Amendment, nor would it ever dream of introducing one."
Consequently, there has been no large-scale outrage over the growing repression of firearms ownership, including weapons seizures that in at least one case might have resulted in the murder of four citizens. A friend of those victims said, "There are four bodies today because the government, instead of fighting terrorism, is fighting citizens."
Rabbi Kahane wrote in 1976, "The government of Israel is the greatest danger to the State of Israel that exists today." How timely and how sickening are these words.

The Great Lakes provided vital support for the war effort in WWII,
from building 28 fleet subs in Manitowoc to providing the bulk of US
industrial output, we could not have won the war if not for the
benefits of the Great Lakes and their related industry. However there
was another benefit of the lakes that is often overlooked. Japan
quickly lost the war because, among many other things, its navy could
not replace its carrier pilot losses. We could. But how did we train
so many pilots in both comfort (calm seas) and safety (no enemy subs)?

We took two old side-wheel Great Lakes passenger steamers and turned
them into training carriers on Lake Michigan ! Virtually every carrier
pilot trained in the war got his landing training on these amazing
ships! Sadly nothing but these great photos and the wrecks of the
aircraft that ditched alongside them remain to tell their fascinating
story! Thanks to Tom Ursem for sending this link!

Check this out! USS Sable and USS Wolverine...
http://warbirdinformationexchange.org/phpBB3/viewtopic.php?f=3&t=48962