Inspiring artist--uses only a typewriter. and Jewish battle cry of freedom

How Do I Know If This Is Good For Me?

When events occur in your life, at least leave the situation as a question mark in your mind, "How do I know this will really turn out bad for me?"

The answer is that you never know with absolute certainty that it will. Many things that you now perceive as strongly negative are questionable if they will really turn out bad. Why make yourself irritated in a doubtful situation by taking for granted that this is really so negative? 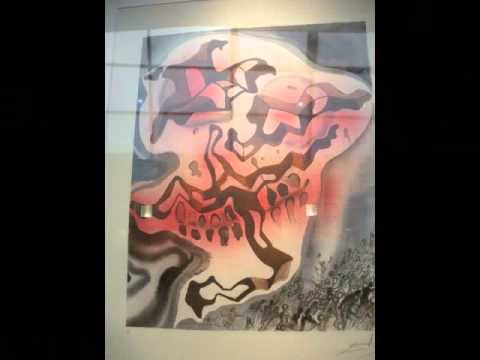 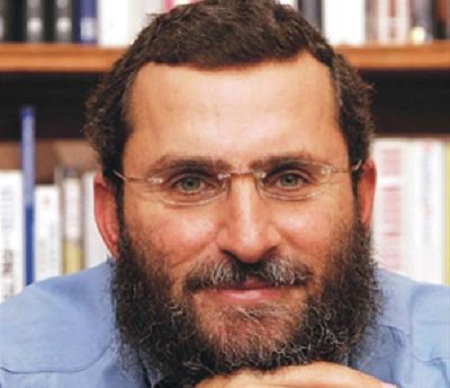 (Adapted from remarks delivered at the third annual Champions of Jewish Values International Awards Gala in New York on May 28.)

In January 2014, on a visit to Auschwitz with the Knesset, I traveled alone to Warsaw to see the underground bunker where Mordechai Anielewicz and his fellow freedom fighters took their own lives rather fall into German hands — just like the Jews at Masada.

When the SS police chief personally detonated the Great Synagogue of Warsaw, he called it a "fantastic piece of theater."

With that, he was sure he had destroyed the last bit of Jewish resistance, the last Jews who were prepared to fight.

What he could not see was that just five years later the Jews would assemble an army that would turn back five Arab nations bent on their total annihilation.

What he could not see was that 24 years later Israel would astonish the world with its lightning victory in the Six-Day War, a God-given triumph that reunited the ancient Jewish capital.

And what he could not see was that Jews and non-Jews would join together, seventy years after the liberation at Auschwitz, right here in New York City, to commemorate the survival of the Jews and the fall of their foes.

And here we proclaim loudly and boldly: Lo Omus Ki Echyeh! I shall not die. For I shall live! I am forever.

We Jews must refuse to be maligned. We must fight back.

The world cannot lecture us about peace. It was Judaism that taught the world that peace is the highest virtue. While troubadours sang of Alexander's conquest of Persia, while minstrels crooned of Caesar's conquest of Gaul, while ballads were written to Hannibal's crossing of the Alps astride a giant elephant, Jewish prophets electrified the world with a vision of men beating their swords into ploughshares and no man ever again teaching his son the art of war.

But King Solomon in Ecclesiastes is clear: "There is a time for war and a time for peace." Now is not the time to lay down our arms. Now is the time to fight back – against the demonization of Israel and against those who seek the destruction of our people.

Indeed, while I was sure that after the Holocaust the world had finally satisfied its Jewish bloodlust, I was wrong. After a 70-year respite, the appetite for Jewish blood is back.

A few months back on a lecture tour in Australia I became despondent that even in my wife's beautiful country, the former foreign minister, Bob Carr, had savaged Israel.

I called Miriam Adelson, a trusted friend and adviser. "Miri," I said, "we cannot combat this. They're ganging up on us from all over the world."

"Yes, Shmuley," she said, quoting from the Haggadah, " 'In every generation they arise against us to annihilate us.' But then a courageous few Maccabees – arise in our defense. Pick yourself up. Rise and become a Maccabee!"

For the victims of the Holocaust, there was often just one form resistance open to them: to hold their heads high and proud as Jews even as poison gas filled their lungs. Jewish defiance expressed in Jewish pride was the only form of resistance.

But with the miracle of the righteous and majestic state of Israel, a new form of Jewish defiance was born, one that sanctified God not through a willingness to die but through an insistence to live.

Every Israeli boy became a Mordechai Anielewicz – a noble Maccabee –prepared to fight fiercely so that the Jews could live freely.

Today, we Jews know that our protection must come from none but God and ourselves alone.

Some say the Jews are hated because of Israel's "atrocities." This is preposterous. For 2,000 years, Jews were powerless to hurt anyone.

Rather, it is because God entrusted to the Jews the teaching of the moral law. And ever since, a world that refuses to act morally – a world that murders 200,000 innocent Arabs in Syria, a government in Iran that stones women to death – hates Israel because it exposes its inhumanity.

If Israel can be a democracy then so can Lebanon, Qatar, the Palestinian Authority, and Iran – or those countries can simply choose to kill or demonize the messenger instead.

They tell us, "Oh, you Jews preach of not taking life but then drink the blood of Christian children in your matzahs."

And now that blood-libel has metamorphosed into "You perpetrated a genocide against the Palestinians. You are a Nazi state."

But just as hatred is contagious, so is courage.

Let us rise above our self-doubt, above any self-hatred, and become Maccabees.

When the spies told Moses the Land was unconquerable they said, "We appeared in our eyes like we were cockroaches, and so we appeared to them."

When we see ourselves as pygmies, others see us that way as well.

Let us proclaim enough of Jewish self-loathing, and in its place proclaim the Fed Up Man of Faith.

We are fed up. Fed up with the attacks on Israel that hold the Jewish state to an impossible standard.

Fed up with the plaques to murdered Jews on cafes and pizza shops across Israel.

Fed up with a UN that condemns the Middle East's only democracy while turning a blind eye to the indiscriminate slaughter throughout the Middle East.

Fed up with Jews dying in Paris to buy a loaf of bread.

Fed up with Jews dying in Copenhagen just to pray.

Fed up with Jews dying in Brussels to attend a museum.

Fed up with Jews dying in Toulouse to study at a Jewish school.

Come, let us give battle to the forces of cruelty. With faith and conviction let us declare: Am Yisrael Chai! The Jewish People Live! "Never Again" must and will mean just that – Never Ever Again.

About the Author: Shmuley Boteach, whom the Washington Post calls "the most famous rabbi in America," is the founder of The World Values Network and the international bestselling author of 30 books, including "The Fed-up Man of Faith: Challenging God in the Face of Tragedy and Suffering." Follow him on Twitter @RabbiShmuley.

Hunted by his enemies, David felt betrayed and abandoned:

Why did David describe his sense of isolation and loneliness as being like a "lost vessel"? In what way are the dead like lost objects?

The Sages learned from here that, in some aspects, our emotional ties to loved ones are like our ties to possessions. When an object is lost, it takes a full year before one loses all hope of recovering it. So, too, "The dead are only forgotten from the heart after twelve months have passed" (Berachot 58b).

For this reason, when seeing a friend after a year has passed with no contact, one should recite the blessing which praises God as "Mehaiyei ha-meitim" — "Who revives the dead." For us, it is as if our friend has come back to life.

Of course, we remember those whom we love even after a year has passed. The searing pain of loss, however, is experienced primarily during that first year.

or http://www.yehudalave.com/
Posted by Rabbi Yehuda Lave at 1:04 PM