"Serve the Almighty with joy, come before Him with singing" (Psalms 100:2).

The verse is recited daily in the morning prayers. But we have to internalize its message. Repeat this verse as often as possible, while thinking about what it means and how you can apply it.

This is especially important for a person with a tendency towards sadness. A sad person mentally repeats hundreds of sad messages a day. Repeating a verse with a positive, joyous message will serve as a good counter-balance.


The Empty spaces in Gaza 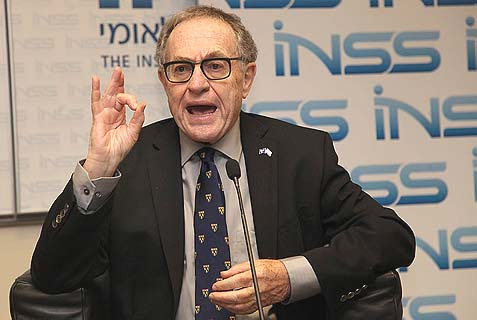 Re-posted with permission from The Gatestone Institute

How many times have you heard on television or read in the media that the Gaza Strip is "the most densely populated area in the world"? Repeating this statement, however, does not make it true. There are dense parts of Gaza, especially Gaza City, Beit Hanoun and Khan Younis, but there are far less dense areas in Gaza between these cities. Just look at Google Earth, or this population density map: 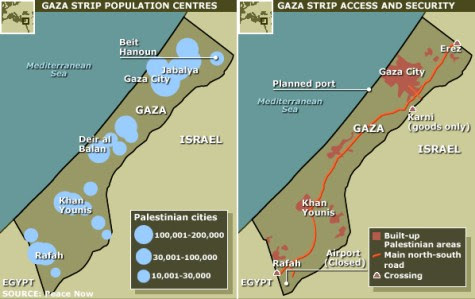 The fact that these sparsely populated areas exist in the Gaza Strip raise several important moral questions: First, why don't the media show the relatively open areas of the Gaza Strip? Why do they only show the densely populated cities? There are several possible reasons. There is no fighting going on in the sparsely populated areas, so showing them would be boring. But that's precisely the point—to show areas from which Hamas could be firing rockets and building tunnels but has chosen not to. Or perhaps the reason the media doesn't show these areas is that Hamas won't let them. That too would be a story worth reporting.

Second, why doesn't Hamas use sparsely populated areas from which to launch its rockets and build its tunnels? Were it to do so, Palestinian civilian casualties would decrease dramatically, but the casualty rate among Hamas terrorists would increase dramatically.

The law is clear: using civilians as human shields—which the Hamas battle manual mandates—is an absolute war crime. There are no exceptions or matters of degree, especially when there are alternatives. On the other hand, shooting at legitimate military targets, such as rockets and terror tunnels is permitted, unless the number of anticipated civilian casualties is disproportionate to the military importance of the target. This is a matter of degree and judgment, often difficult to calculate in the fog of war. The law is also clear that when a criminal takes a hostage and uses that hostage as a shield from behind whom to fire at civilians or police, and if the police fire back and kill the hostage, it is the criminal and not the policeman who is guilty of murder. So too with Hamas: when it uses human shields and the Israeli military fires back and kills some of the shields, it is Hamas who is responsible for their deaths.

The third moral question is why does the United Nations try to shelter Palestinian civilians right in the middle of the areas from which Hamas is firing? Hamas has decided not to use the less densely populated areas for rocket firing and tunnel digging. For that reason, the United Nations should use these sparsely populated areas as places of refuge. Since the Gaza Strip is relatively small, it would not be difficult to move civilians to these safer areas. They should declare these areas battle free and build temporary shelters—tents if necessary—as places of asylum for the residents of the crowded cities. It should prevent any Hamas fighters, any rockets and any tunnel builders from entering into these sanctuaries. In that way, Hamas would be denied the use of human shields and Israel would have no reason to fire its weapons anywhere near these United Nations sanctuaries. The net result would be a considerable saving of lives.

But instead the UN is playing right into the hands of Hamas, by sheltering civilians right next to Hamas fighters, Hamas weapons and Hamas tunnels. Then the United Nations and the international community accuses Israel of doing precisely what Hamas intended Israel to do: namely fire at its terrorists and kill United Nations protected civilians in the process. It's a cynical game being played by Hamas, but it wouldn't succeed without the complicity of UN agencies.

The only way to assure that Hamas' strategy of using human shields to maximize civilian casualties is not repeated over and over again is for the international community, and especially the United Nations, not to encourage and facilitate it, as it currently does. International law must be enforced against Hamas for its double war crime: using civilian human shields to fire at civilian Israeli targets. If this tactic were to be brought to a halt, then Israel would have no need to respond in self-defense. Applying the laws of war to Israel alone will do no good, because any country faced with rockets and tunnels targeting its civilians will fight back. When the fighters and tunnel builders hide behind human shields, there will inevitably be civilian casualties—unintended by Israel, intended by Hamas—regardless of how careful the defenders are. Israel has tried its hardest to minimize civilian casualties. Hamas has tried its hardest to maximize civilian casualties. Now the United Nations and the international community must try their hardest to become part of the solution rather than part of the problem.