An example is Nebuchadnezzar, who was a monarch with tremendous power, but nevertheless failed to find satisfaction. The Midrash says he constantly felt embarrassed because he was short and fat.

Our Sephardi Jewish brothers have been saying Selichot - forgiveness prayers before daybreak - since the first day of Elul; they continue the whole month of Elul and then in Tishrei until Yom Kippur. We Ashkenazim join them this Motzaei Shabbat (Saturday night).

Here is chazzan Yitzchak Meir doing a Carlebach-style Selichot in Jerusalem two years ago. Enjoy it - it's really inspiring. What I love about this clip is that you'll find all types of Jews praying together. That to me is beautiful. 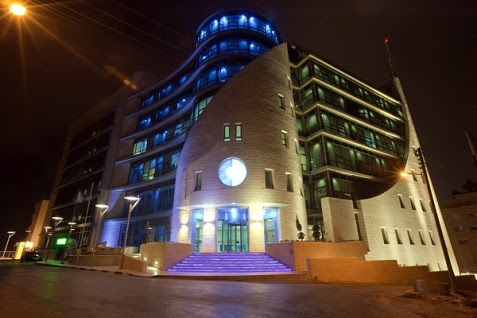 Ten armed Hamas security men robbed a "Bank of Palestine" branch in the Rimael neighborhood of Gaza City on Wednesday, according to Khaled Abu Toameh.

Fatah (Palestinian Authority) sources said the Hamas terrorists made off with $750,000.

Jawwal was the first Cellular firm set up in the Palestinian Authority, in 1999.

or http://www.yehudalave.com/
Posted by Rabbi Yehuda Lave at 12:43 PM