Fwd: G-d satisfies the desire of every living thing and Hitler's children and Religon's most repellant idea

G‑d Satisfies the Desire of Every Living Thing

Artist’s statement: Each of the seven species of fruit represents a different kind of Jewish person. We should all be growing on one tree together in harmony.

The water represents how Hashem feeds us spiritually as well as physically. Torah and spirituality are likened to water. 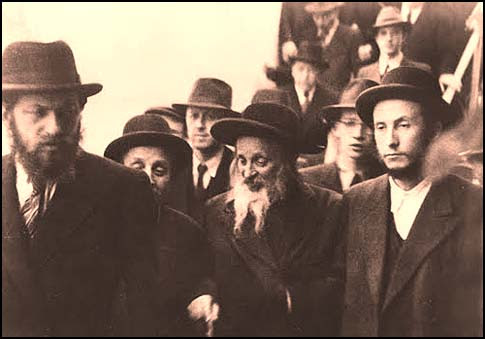 The most dangerous and offensive of all religious ideas is that innocent people suffer because of their sins. This notion, so easily abused, makes victims into criminals, denying them divine sympathy or human compassion.

We’ve heard it all before.

Why was there a Holocaust? Because German Jewry assimilated and abandoned their faith. They desecrated the Sabbath. They adopted Germanic names. They married out. They wanted to be more German than the Germans. In the words of one of the greatest Jewish sages of prewar Poland, Rabbi Elchanan Wasserman, who was executed by a Nazi firing squad, “The fire which will burn our bodies will be the fire that restores the Jewish people.”

Rabbi Joel Teitelbaum, the Satmar Rebbe, felt that the Holocaust was a punishment for secular Zionism. Jews can only return to Israel when God himself redeems them. Rabbi Menachem Hartom said the exact opposite. Jews were punished by God for being too comfortable in Germany and abandoning their attachment to Israel, their ancient homeland.

One Rabbi who lectured in my community not long ago said, before a crowd of hundreds of modern orthodox Jews who barely found his words objectionable, that one can see how lax Jews were in their observance in Germany from the women who were about to be gassed in Auschwitz. Pictures have them standing naked, after the SS removed their clothing, and they are not even trying to cover up in front of the German soldiers. Here was a Rabbi finding fault with Jewish women who were about to be murdered along with their children, which just goes to show that the belief that suffering results from sin can lead to shocking anti-Semitism.

Ideas like these are not only repulsive, they are factually inaccurate. The majority of Germany’s Jews, who supposedly incurred the divine wrath through sin, survived the holocaust. They knew who Hitler was and had a few years to try and get out. The people who did not know that Hitler was coming for them were the Hassidic Jews of Poland, with long side curls and beards, who had no idea that Hitler planned to invade Poland on 1 September, 1939. They were devout in the extreme. So what was their sin? And what of the 1.5 million dead children. What guilty were they?

Regardless, are these Rabbis seriously suggesting that because of assimilation, God decided to ghettoize, wrack with disease, gas, and ultimately cremate six million Jews? And if that’s true, is He a God worthy of prayer? And do we have any right to condemn six million people whom we do not know to murder in the assumption that they were so horrendously sinful that they and their children warranted extermination?

No. This theology is an abomination. It rejects the very name of the Jewish people, ‘He who wrestles with God.’ A Jew must struggle with God in the face of seeming divine miscarriages of justice.

What does Abraham do when God threatens to destroy Sodom and Gomorra, even though God had said, “Their sin so grievous.” Abraham thunders at the heavens: “Will the Judge of all the earth not Himself practice justice?” (Gen. 18:25).

The same is true of the prophet Moses. How does the great redeemer react when God threatens to destroy the children of Israel after the sin of the golden calf? Does he bow his head in submission before God’s declaration that the people are sinful and deserving of destruction?

Moses, in one of the most haunting passages of the Bible and eloquent defenses of human life ever recorded, says to God, “Now, forgive their sin – but if not, blot me out, I pray you, of the Torah you have written.” (Ex. 32:32).

The Bible is clear: “The secret things belong to the Lord our God, but the things revealed belong to us and to our children forever.” (Deut. 29:29). God is in charge of the hidden things. Why does He allow humans to suffer unjustifiably? What goes on in secret behind the partition of heaven? Well, that is of no human concern. But the revealed things, this is our area of focus. A parent is mourning the death of a child. A woman is crying over the loss of her husband. Why did they die? As far as we are concerned, for no reason at all. In the revealed here and now, their suffering served no higher purpose. Suffering is not redemptive, it is not ennobling, it is not a blessing, and it teaches us nothing that we could not have learned by gentler means. It’s Christianity, rather than Judaism, that says that someone has to die in order for sin to be forgiven. We Jews reject any idea of human sacrifice.

Some cite the Talmud (Shabbat 55a): “No death without sin; no suffering without iniquity.” Or again: “If a man sees that he is afflicted with suffering, he should examine his deeds, as it is said, ‘Let us search and try our ways, and return unto the Lord’ (Lam. 3:40).” The Talmud adds: “Suffering is due to evil deeds or neglect of Torah study.” But all these pronouncements apply to our own suffering. If something bad happens to us we have the right to examine our actions. But our assumption of everyone else must be that they are righteous and their suffering is undeserved.

Any attempts to infuse suffering with rich meaning shows callous indifference to the heartache of fellow humans. Suffering does not leave us ennobled, empathic, or wiser. Rather, it leave us broken, morose, and bitter. And if I’m wrong and suffering is such a great teacher than why is it that any responsible parent would exert every effort to save their child from suffering?

As for the Rabbis who say that Jews are sinful and deserve to die, they make me miss the Lubavitcher Rebbe ever more. I can still close my eyes and see him, ever so clearly and well into his late eighties, pounding the table in public with all his might” “How long?” he would cry, “How long?” How long will Israeli soldiers die in defense of their homeland? Many more Jews will be dismembered by murderous bombs? Why has the Messiah not yet come? And how can anyone calling himself a Rabbi have the chutzpah to ever justify the death of innocents?

This column is dedicated to the memory of Machla Debakarov, the mother of a close friend of Rabbi Shmuley’s.

About the Author: Rabbi Shmuley Boteach, “America’s Rabbi” whom the Washington Post calls “the most famous Rabbi in America,” is the international best-selling author of 29 books, including The Fed-up Man of Faith: Challenging God in the Face of Tragedy and Suffering.