Rabbi Yaakov Yitzchak, once praised someone in the presence of other people, and the person's face turned red. The rabbi told him, "You have not yet reached the proper level. Work on yourself to react to praise and insults in the same manner. Try to rise above caring whether someone praises or insults you. You are still too self-conscious about being praised."

The ten Commandments, read in this week's bible portion, is in an section of the bible called Jethro. The question is asked, why name the bible portion after him? Why not the four fathers? Or Moses himself? After all the law is called the law of Moses, but we call this bible section, Jethro. Why?


According to our traditions,  Jethro, the father in law of Moses, experimented with all forms and types of worldly faiths and religions before arriving at Moshe's doorstep in the wilderness of Sinai. And, he exclaims that "only now do I know" what I am searching for and where eternal truth and soulful serenity lie.

Most humans embark on the same spiritual journey as did Jethro.  All of us are looking for the ultimate meaning of our lives and what our purpose on earth truly is.

Some of us, like Jethro, are forced to take many detours and encounter many dead-end paths before finding our road to fulfillment.

Unfortunately, there are many who never find their way clear of the maze of society, mores and the distractions that are the roadblocks to our search for our true selves and purpose. But many of us, again like Jethro, are able to fight our way through our previous errors of direction and reach the sanctuary of a moral life and a moral existence. Jethro stands as a living and eternal example of this great spiritual accomplishment.

In fact, for all humankind, the Lord simplified the matter with the revelation at Sinai of the Ten Commandments, an event that is described in detail in this week's portion of the bible. These bible rules address all of the challenges of life – material gain and acquisitions, paganism, falsehoods, generational interaction and respect, sexual probity and family loyalty, a day of rest and spirit and not 24/7 living, honesty and ego-centered jealousy, to name the main categories. In effect the bible provides for us a shortcut to reach the high road of accomplishment and satisfying purpose in life.

But there are those of us in life that feel themselves smarter and create their own shortcuts in life, avoiding the lessons of the Ten Commandments. The world's prisons are full of such people. The bible purposefully placed the Ten Commandments in the parsha of the story of Jethro to illustrate to us that the long road that Jethro was forced to travel in life and God's shortcut lead to the same place – to Mosses'  tent and to Mount Sinai.

As always the final choice of belief and behavior is left to each one of us individually. Fortunate are those that adhere to Sinai first and foremost without having to initially traverse the entire world of ideas and beliefs to eventually arrive at Sinai where their soul will be satisfied and their life purpose delineated clearly


Some people find their spirituality in a different way
6 MILLION  TOOTH PICKS -- Brings new meaning to the  word:  Patience

It  took him 6 years to build a city with  toothpicks

He used 6 million toothpicks  and 170 litre  glue
It can take 6 months to build one  building, some of the time standing on  ladders
He workes at the museum of Science  and Technology in Syracuse , New  York
Have a look at his  creation, he has been called the most patient  man in the  world. 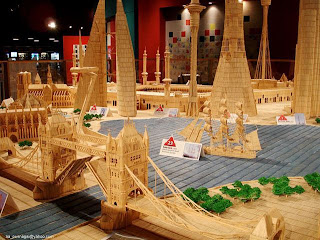 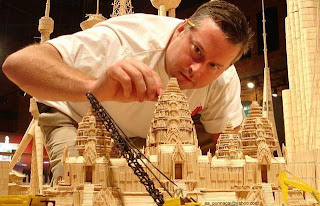 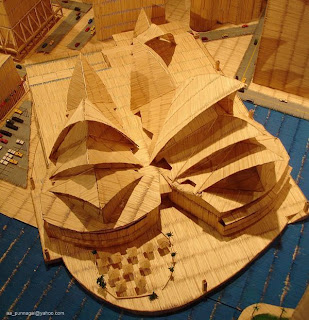 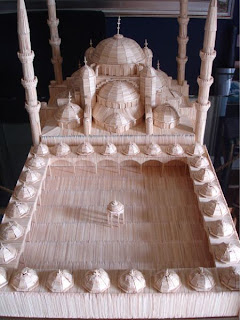 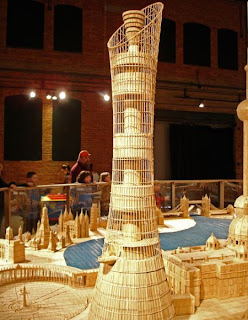 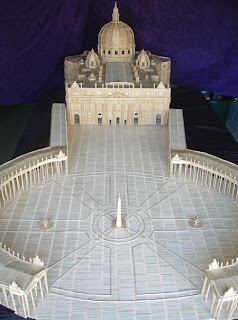 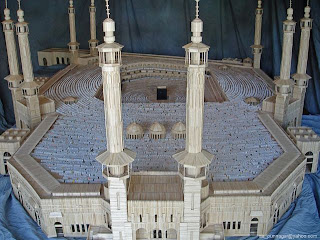 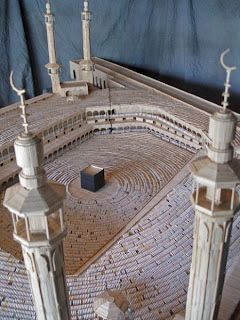 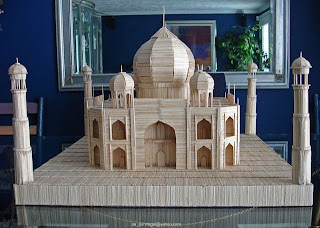 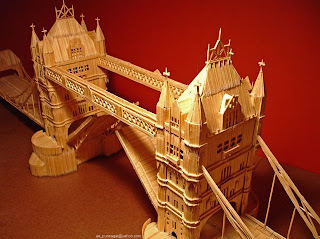 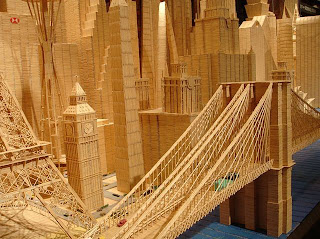 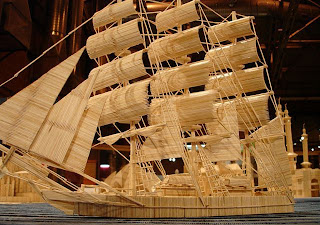