New medical Plan and Give it your all

Give It Your All


As an opportunity to do an act of kindness arises, ask yourself, "If I were going to view this as my final opportunity to do one last good deed in this world, what would I do?"
As you contemplate this question, you will experience its amazing power. Because eventually we will be faced with that actual last opportunity. And we never know when it will be.
Love Yehuda Lave

Exhausted and overworked,
Santa Claus has decided to convert to Judaism to lessen his workload and decrease his stress.

Mr. Claus's first inkling that Judaism was his new intended path
was when he was unloading one particularly heavy bag of gifts 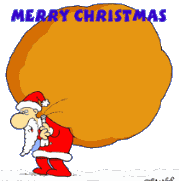 and muttered "Oy Oy Oy!"
instead of "Ho Ho Ho!"
Santa took this as divine inspiration
and began some serious reflection on the matter.
Mr. Claus sat down at his desk in the North Pole

and itemized the benefits
of bringing toys to Jewish children.
Most obvious
was that there were much less children to service,
approximately 3,000,000 Jewish children, 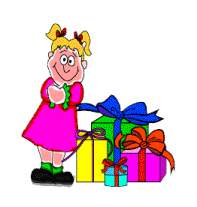 as opposed
to almost 500,000,000 Christian children.
The next obvious benefit
was that he had eight days of Hanukah
to deliver all of these gifts

instead of jamming the entire shipment into one night,
which constantly required the already weary Santa
to travel at the speed of light to accomplish the task.

Finally, the straw that broke the reindeer's back
was the realization that Jewish households had far more delicious cuisine to offer

Gefilte fish, chicken soup, blintzes, knishes and the like
are more palatable than the milk and cookies
he got bored of after the second century.
Circumcision won't be necessary for Santa,
because that's already been taken care of
in a freak accident involving frostbite
after getting stuck in a tight chimney.

Santa has left the frigid, brutal confines of the North Pole
and has begun his toy shop anew
in the sunny climes of Miami Beach, Florida.

He has fired all of those annoying elves
and replaced them
with nice Jewish retirees from New York.