A view from a smart Saudi--- It can’t be any clearer than this !!! And amazing magic show


Allow Yourself to Experience Happiness Now

You have a right to experience happiness right now, in the present. This is a very important concept to keep in mind. You don't need to wait until you accomplish your goals before you are happy.
Many people think, "Only after I accomplish my goals will I be able to be happy." These individuals mistakenly think that they need to wait in order to be happy. They feel that they can't be happy right now. They tell themselves that they first need to achieve what they would like to achieve before they can be happy.
But happiness is a birthright. You were born. You are now alive. You are breathing now. Right now you have a right to be happy. You can choose to be happy now

I saw this amazing documentary about faith after the holocaust. A Religous Orthodox family whose children are Yeshiva students in Israel go to Poland to discover their historic roots.

Although it was made in 2004, it is very current with those of us who are dealing with faith after the holocaust.  The modern orthodox father is shocked by the fact that the holocaust has closed the minds of serious orthodox students about the Jew's role as being a light onto the nations.

He brings his children to Poland to experience their past and open their minds.

It should be available on Netflix to you, as I saw it last night.

Plot Summary for
Hiding and Seeking: Faith and Tolerance After the Holocaust (2004)

Menachem Daum, the son of holocaust survivors, and a New York Orthodox Jew worries that both of his sons, full time yeshiva students who live with their families in Israel, are becoming seduced to intolerance by their religious studies. "All religions today are in danger of being hijacked by extremists." To open their perspectives just a little he sets off with his wife, Rifka, and both sons, Tzvi Dovid and Akiva, to visit the Polish towns where his parents grew up and to try to find the Catholic farmers who hid his father-in-law from the Germans. Enduring the bemused tolerance of his sons, Menachem persists until they find Honorata Matuszezyk Mucha who as a young woman brought food nightly to Rifka's father and his two brothers for 28 months until the end of World War II. The Daum sons perspectives widen a bit to allow for good Gentiles, but they also encounter some resentment from the Poles who heard no word from the three brothers after they left their hiding place, not even a postcard with a thank you. A lot of issues are surfaced but left unresolved in this well crafted documentary.

A view from a smart Saudi It cant be any clearer than this !!!

Abdulateef Al Mulhim is retired from the Royal Saudi Navy at the rank of Commodore and writes regularly for Arab News. He poses interesting questions and a challenge for the Arab world.
Sunday, 7 October 2012 | Dhulka'edah 21, 1433

Arab Spring and the Israeli enemy

·
ABDULATEEF AL-MULHIM
Saturday 6 October 2012
Last Update 6 October 2012 2:53 am
Thirty-nine years ago, on Oct. 6, 1973, the third major war between the Arabs and Israel broke out. The war lasted only 20 days. The two sides were engaged in two other major wars, in 1948 and 1967.
The 1967 War lasted only six days. But, these three wars were not the only Arab-Israel confrontations. From the period of 1948 and to this day many confrontations have taken place. Some of them were small clashes and many of them were full-scale battles, but there were no major wars apart from the ones mentioned above. The Arab-Israeli conflict is the most complicated conflict the world ever experienced. On the anniversary of the 1973 War between the Arab and the Israelis, many people in the Arab world are beginning to ask many questions about the past, present and the future with regard to the Arab-Israeli conflict.
The questions now are: What was the real cost of these wars to the Arab world and its people. And the harder question that no Arab national wants to ask is: What was the real cost for not recognizing Israel in 1948 and why didn't the Arab states spend their assets on education, health care and the infrastructures instead of wars? But, the hardest question that no Arab national wants to hear is whether Israel is the real enemy of the Arab world and the Arab people.
I decided to write this article after I saw photos and reports about a starving child in Yemen, a burned ancient Aleppo souk in Syria, the under developed Sinai in Egypt, car bombs in Iraq and the destroyed buildings in Libya. The photos and the reports were shown on the Al-Arabiya network, which is the most watched and respected news outlet in the Middle East.
The common thing among all what I saw is that the destruction and the atrocities are not done by an outside enemy. The starvation, the killings and the destruction in these Arab countries are done by the same hands that are supposed to protect and build the unity of these countries and safeguard the people of these countries. So, the question now is that who is the real enemy of the Arab world?
The Arab world wasted hundreds of billions of dollars and lost tens of thousands of innocent lives fighting Israel, which they considered is their sworn enemy, an enemy whose existence they never recognized. The Arab world has many enemies and Israel should have been at the bottom of the list. The real enemies of the Arab world are corruption, lack of good education, lack of good health care, lack of freedom, lack of respect for the human lives and finally, the Arab world had many dictators who used the Arab-Israeli conflict to suppress their own people.
These dictators' atrocities against their own people are far worse than all the full-scale Arab-Israeli wars.
In the past, we have talked about why some Israeli soldiers attack and mistreat Palestinians. Also, we saw Israeli planes and tanks attack various Arab countries. But, do these attacks match the current atrocities being committed by some Arab states against their own people?!
.
In Syria, the atrocities are beyond anybody's imaginations?
And, isn't the Iraqis are the ones who are destroying their own country?
Wasn't it Tunisia's dictator who was able to steal 13 billion dollars from the poor Tunisians?
And how can a child starve in Yemen if their land is the most fertile land in the world?
Why would Iraqi brains leave Iraq in a country that makes 110 billion dollars from oil export?
Why do the Lebanese fail to govern one of the tiniest countries in the world?
And what made the Arab states start sinking into chaos?

On May 14, 1948 the state of Israel was declared. And just one day after that, on May 15, 1948 the Arabs declared war on Israel to get back Palestine. The war ended on March 10, 1949. It lasted for nine months, three weeks and two days. The Arabs lost the war and called this war Nakbah (catastrophic war). The Arabs gained nothing and thousands of Palestinians became refugees.
And on 1967, the Arabs led by Egypt under the rule of Gamal Abdul Nasser, went in war with Israel and lost more Palestinian land and made more Palestinian refugees who are now on the mercy of the countries that host them. The Arabs called this war Naksah (upset).
The Arabs never admitted defeat in both wars and the Palestinian cause got more complicated.
And now, with the never ending Arab Spring, the Arab world has no time for the Palestinians refugees or Palestinian cause, because many Arabs are refugees themselves and under constant attacks from their own forces. Syrians are leaving their own country, not because of the Israeli planes dropping bombs on them. It is the Syrian Air Force which is dropping the bombs. And now, Iraqi Arab Muslims, most intelligent brains, are leaving Iraq for the east. In Yemen, the world's saddest human tragedy play is being written by the Yemenis. In Egypt, the people in Sinai are forgotten.
Finally, if many of the Arab states are in such disarray, then what happened to the Arabs' sworn enemy (Israel)?
Israel now has the most advanced research facilities, top universities and advanced infrastructure. Many Arabs don't know that the life expectancy of the Palestinians living in Israel is far longer than many Arab states and they enjoy far better political and social freedom than many of their Arab brothers. Even the Palestinians living under Israeli occupation in the West Bank and Gaza Strip enjoy more political and social rights than some places in the Arab World.
Wasn't one of the judges who sent a former Israeli president to jail is an Israeli-Palestinian?!
The Arab Spring showed the world that the Palestinians are happier and in better situation than their Arab brothers who fought to liberate them from the Israelis. Now, it is time to stop the hatred and wars and start to create better living conditions for the future Arab generations.

— This article is exclusive to Arab News 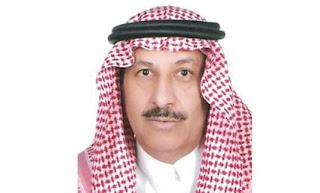 or http://www.yehudalave.com/
Posted by Rabbi Yehuda Lave at 5:24 PM