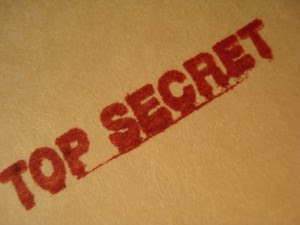 I don't think it matters much what Jewish law would say about the government snooping on its citizens. The government is not subject to Jewish law and its citizens don't expect the government to conform its policies to Jewish law. Yet, there seems to be value in such analysis as I have been asked this question by several people.
As is often the case, we have two competing interests at stake. Privacy on one hand and safety on the other. Both of these interests are recognized in Jewish law. But they are completely different planes.
Life is primary in Jewish law. All else comes after life. One is not permitted to kill. One is not permitted to commit suicide. One is not permitted to harm one self. One is not permitted to place one's life in danger. One is obligated to violate Jewish law in order to save one's own life (with three exceptions – murder, idolatry, and adultery). The sanctity of life is of the utmost importance in Jewish law. These particular laws are derived from primary sources in the Torah and Mishna.
There is also a prohibition against snooping on one's neighbor in Jewish law. One is not permitted to place a window overlooking one's neighbor's private property. This sort of loss of privacy gives rise to a civil action in Jewish court. Some authorties extend right of privacy to include eavesdropping or even accidentally hearing others in private conversation.
Additionally, there is standing prohibtion in Jewish law against sharing anything revealed in private conversation. Without specifically stating that a conversation is allowed to be shared, it is required to be kept in confidence.
Finally, much later on in Jewish legal history a ban was placed on reading the private communications of others. This decree originally applied to mail but many authorities now extend it to all forms of communication.
These considerations all apply today and would apply to governments as well.
However, none of these considerations overrides the sanctity of life. If just one life could be saved it seems that all these rules could be ignored. Certainly, it would be expected that the minimal intrusion to save the life would be made. Saving a life is not a license to do as one pleases. Further, use of the information gathered would be limited to the purpose of saving lives and nothing else.The interesting thing here is that one life is enough for all our privacy to be suspended. One life is all it takes.
It would seem that as long as lives are being saved, the government is not bound by the strict privacy laws or decrees. The question then becomes whether lives are actually being saved. I don't know the answer to that question. But that is the issue. It is the only issue.If there is a threat of loss of life, the government or any private citizen would have the right and according to some authorities the obligation to spy on its citizens to protect others.
I think it is laudible that the government takes the lives of its citizens so seriously. Obviously there are concerns that the government will use the information obtained improperly. However, there can be no prohibition against the gathering of the information so long as lives are at stake.
Rabbi Eliyahu Fink, J.D., is the rabbi at the famous Pacific Jewish Center | The Shul on the Beach in Venice, CA.
--
Visit my Blog: http://yehudalave.blogspot.com