Power Tool gifts. you don't want to mess with and Ancient gold found at Temple Mount and Yom Kippur

Pouring Out Your Heart

When you are in emotional turmoil and distress, verbalizing your thoughts and feelings lets off steam. Talking to someone who cares about you and understands you melts away stress, tension, and emotional pain. Pouring your heart out to your loving Father and powerful King, Creator and Sustainer of the universe is a wonderful way to release the negative energy that you are feeling. After pouring out your heart, your heart becomes lighter.
Love Yehuda Lave


In summer excavations at the foot of the Temple Mount, Hebrew University of Jerusalem archaeologist Dr. Eilat Mazar made a stunning discovery: two bundles of treasure containing thirty-six gold coins, gold and silver jewelry, and a gold medallion with the menorah (Temple candelabrum) symbol etched into it. Also etched into the 10-cm medallion are a shofar (ram's horn) and the image of a Torah scroll.

The medallion may be the oldest Torah ornament ever found in archaeological digs.

A third-generation archaeologist working at the Hebrew University's Institute of Archaeology, Dr. Mazar directs excavations on the City of David's summit and at the Temple Mount's southern wall. Calling the find "a breathtaking, once-in-a-lifetime discovery," Dr. Mazar said: "We have been making significant finds from the First Temple Period in this area, a much earlier time in Jerusalem's history, so discovering a golden seven-branched Menorah from the seventh century CE at the foot of the Temple Mount was a complete surprise."

The discovery was unearthed just five days into Mazar's latest phase of the Ophel excavations, and can be dated to the late Byzantine period (early seventh century CE).  The gold treasure was discovered in a ruined Byzantine public structure a mere 50 meters from the Temple Mount's southern wall.

The menorah, a candelabrum with seven branches that was used in the Temple, is now the national symbol of the state of Israel and reflects the historical presence of Jews in the area. The position of the items as they were discovered indicates that one bundle was carefully hidden underground while the second bundle was apparently abandoned in haste and scattered across the floor.

Given the date of the items and the manner in which they were found, Mazar estimates they were abandoned in the context of the Persian conquest of Jerusalem in 614 CE. After the Persians conquered Jerusalem, many Jews returned to the city and formed the majority of its population, hoping for political and religious freedom. But as Persian power waned, instead of forming an alliance with the Jews, the Persians sought the support of Christians and ultimately allowed them to expel the Jews from Jerusalem.

"It would appear that the most likely explanation is that the Ophel cache was earmarked as a contribution toward the building of a new synagogue, at a location that is near the Temple Mount," said Dr. Mazar. "What is certain is that their mission, whatever it was, was unsuccessful. The treasure was abandoned, and its owners could never return to collect it."

The Ophel cache is only the third collection of gold coins to be found in archaeological excavations in Jerusalem, said Lior Sandberg, numismatics specialist at the Institute of Archaeology.  "The thirty-six gold coins can be dated to the reigns of different Byzantine emperors, ranging from the middle of the fourth century CE to the early seventh century CE," said Sandberg.

Found with the coins were a pair of large gold earrings, a gold-plated silver hexagonal prism and a silver ingot. Remnants of fabric indicated that these items were once packaged in a cloth purse similar to the bundle that contained the menorah medallion.

Mazar's Ophel excavation made headlines earlier this year when she announced the 2012 discovery of an ancient Canaanite inscription (recently identified as Hebrew), the earliest alphabetical written text ever uncovered in Jerusalem.

The 2013 excavation season at the Ophel ran from the middle of April to the end of July, on behalf of the Institute of Archaeology of the Hebrew University. The Israel Antiquities Authority is carrying out the preservation works, and is preparing the site for the public.

What is Yom Kippur?

The holiest day of the year. Fasting and atonement, solemnity and joy . . . 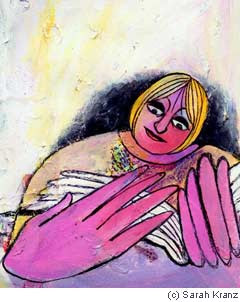 Yom Kippur is the holiest day of the year—the day on which we are closest to G‑d and to the quintessence of our own souls. It is the Day of Atonement—"For on this day He will forgive you, to purify you, that you be cleansed from all your sins before G‑d" (Leviticus 16:30).
For nearly twenty-six hours—from several minutes before sunset on 9 Tishrei to after nightfall on 10 Tishrei—we "afflict our souls": we abstain from food and drink, do not wash or anoint our bodies, do not wear leather footwear, and abstain from marital relations.
Before Yom Kippur we perform the Kaparot atonement service; we request and receive honey cake, in acknowledgement that we are all recipients in G‑d's world, and in prayerful hope for a sweet and abundant year; eat a festive meal; immerse in a mikvah; and give extra charity. In the late afternoon we eat the pre-fast meal, following which we bless our children, light a memorial candle as well as the holiday candles, and go to the synagogue for the Kol Nidrei service.
In the course of Yom Kippur we hold five prayer services: Maariv, with its solemn Kol Nidrei service, on the eve of Yom Kippur; Shacharit—the morning prayer, which includes a reading from Leviticus followed by the Yizkor memorial service; Musaf, which includes a detailed account of the Yom Kippur Temple service; Minchah, which includes the reading of the Book of Jonah; and Neilah, the "closing of the gates" service at sunset. We say the Al Chet confession of sins eight times in the course of Yom Kippur, and recite Psalms every available moment.
The day is the most solemn of the year, yet an undertone of joy suffuses it: a joy that revels in the spirituality of the day and expresses the confidence that G‑d will accept our repentance, forgive our sins, and seal our verdict for a year of life, health and happiness. The closing Neilah service climaxes in the resounding cries of "Hear O Israel . . . G‑d is one." Then joy erupts in song and dance (a Chabad custom is to sing the lively "Napoleon's March"), followed by a single blast of the shofar, followed by the proclamation, "Next year in Jerusalem." We then partake of a festive after-fast meal, making the evening after Yom Kippur a yom tov (festival) in its own right.