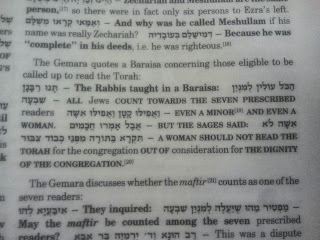 Keep On Building Your Self-Confidence

Self-confidence is one of the most beneficial qualities that one can have. People with self-confidence feel good about themselves. They feel good about their knowledge, their talents, and their abilities. They feel confident that things will work out well for them. They know that they can learn the knowledge and skills that they need and want.
Some young children naturally develop this quality. Some people have thoughts and feelings of self-confidence because they have role models with self-confidence that they have emulated. Some people have had parents and teachers and other friends and relatives who have given them plenty of positive feedback. This positive feedback helped them see themselves in a positive light.
Confidence and self-confidence are learnable skills. So even if someone doesn't yet have the confidence and self-confidence that he would like to have, he can build it alone or with the help of others. How do you continue to build your self-confidence? When you see that you already know something, that you learned something, or that you can do something, comment to yourself, "I see I know this," or "I just learned this. Now I know it," or "I see that I know how to do this." Every time? Of course not. Just as many times as you feel is best for you.
Confidence means that you feel certain that you know something or that you can do something. We all start off in life not knowing anything and not being able to do anything. Those who are confident tell themselves that they know the things about which they are confident.
Being confident does not mean that you should speak in a tone of voice that sounds contrived, forced, pompous, arrogant, or like a show off. Rather, you can speak in your regular tone of voice and have an attitude of knowing things.
Being confident means knowing that you know some things and that you can learn many things that you presently don't know. You can ask others for the information you need. You can ask others to show you how to do things that you can't yet do. You can read books, pamphlets, or reports that give instructions about how to do things.
Being confident also means knowing that you can find people who will be able assist you when you can't do something yourself. In many instances, a kind stranger will be glad to give you assistance. As long as you know how to ask, you can consider yourself confident that you can find ways to get things done.
If you would like to build your self-confidence, tell yourself, "I keep building my self-confidence all the time. I know much more now than when I started off in life. As I keep learning more things and have more experience, my self-confidence gets stronger and stronger."
You don't need to wait until you feel 100% self-confident. At any given moment, you can say to yourself, "I will speak and act like a person with balanced self-confidence." Just speak and act like that right away. You will find that when you speak and act with self- confidence, other people tend to treat you with more respect.
Those who realize the value of every human being will always treat you and others with great respect. But even those who have not yet reached the level will begin to treat you with greater respect when you have greater respect for yourself. Self-respect is a birth-right. You don't need anyone else's permission to have self-respect. Claim it. It's yours.

Jackie Mason on the peace process--no joke
http://www.jewishpress.com/tv/video-picks/jackie-mason-on-the-peace-process/2013/08/15/
Torah law on Can  Women be part of a minyan and the attachment is from the Talmud, which says who can be called  up to the Torah to say the blessings:

Although the issue of whether women are permitted to make up a minyan has been noted in early works, the matter has only come to the fore in past few decades, a reaction to an enhanced role of women in modern society and to the demand for their inclusion in all areas of religious life.[12]
The Written  Torah and our our explanation of the Torah called the Talmud itself, does not directly address the question of whether women may count as part of a minyan for Devarim she-Bikdusha, "matters of sanctity", by combining three scriptural verses using the rule of gezerah shavah (part of our tradition as to how we interpret the Torah). Since the Talmud uses the same gezerah shavah for Kiddush Hashem (the blessing of God) as it uses for devarim shebkdusha, one may expect the laws for those two cases to be the same. Many authorities are of the opinion that women are included in the minyan for Kiddush Hashem and Hillul Hashem (disgracing God). However, traditional codifiers generally do not include women in the minyan for devarim shebkdusha.[
The Talmud (Arakhin 3a) relates that women are required to recite zimmun (blessing introduction before the blessing after eating) of three participants, and Berakhot 45 says that women may recite the zimmun. However, the majority of scholars are of the opinion that ten women may not recite the additional form of zimun be-Shem, which is obligatory when ten men are present. The few authorities who do permit ten women to use the zimmun be-Shem formulation explain that the necessity for ten in this case is unique and cannot be compared to other instances requiring minyan. Only Rabbeinu Simcha among these authorities mentions the possibility of one woman joining with nine men to form a minyan for prayer. This isolated opinion is rejected by the codifiers. There are a number of cases, including reading of the megillah, where a limited number of authorities count women towards the minyan. However, in these cases the reason why women are counted is not because they constitute a "congregation," but rather because a public audience is required.[13]
A possible reason why it is men who were obligated to form a congregation in order to convene the Divine Presence is that women were individually considered sufficiently holy and did not require the combination of a group and special prayers to achieve added holiness deficient in men. Due to the righteousness of the women in the wilderness, they did not suffer the same deadly fate as their male counterparts, and despite the spies' negative report about the holy land, wished to enter it.[14] Others point to the sociological reality that women were traditionally expected to care for the house and children. The Jewish tradition did not require women to leave their social role to engage in public prayer.[15]
In 1973, the Committee on Jewish Law and Standards of Conservative Judaism voted to count men and women equally as members of a minyan. [16]
In 2002, the Committee on Jewish Law and Standards adapted a responsum by Rabbi David Fine which provides an official religious-law foundation for women counting in a minyan and explains the current Conservative approach to the role of women in prayer. [17] This responsum holds that although Jewish women do not traditionally have the same obligations as men, Conservative women have, as a collective whole, voluntarily undertaken them. Because of this collective undertaking, the Fine responsum holds that Conservative women are eligible to serve as agents and decision-makers for others. The responsum also holds that traditionally-minded communities and individual women can opt out without being regarded by the Conservative movement as sinning. By adopting this responsum, the CJLS found itself in a position to provide a considered Jewish-law justification for its egalitarian practices, without having to rely on potentially unconvincing arguments, undermine the religious importance of community and clergy, ask individual women intrusive questions, repudiate the halakhic tradition, or label women following traditional practices as sinners.