Speak and Act Self-Confidently Even Without Feeling It

Your feelings determine whether you are experiencing happiness and joy or sadness and misery. Your thoughts, words, and actions create your feelings.

Regardless of how you actually feel, you can choose to speak and act the way you would if you were feeling very self-confident.

Feelings are very important.  But they are not the main thing. What you say and do with your life will make the greatest difference in who you are and what you accomplish. You can still speak and act self-confidently, even if you are not currently feeling self-confident.

Don't be limited by a down mood or a negative state of mind. It's possible to feel insecure yet act and speak with self-confidence. In my experience, when people consistently speak and act with self-confident patterns, they usually internalize the awareness that they are more self-confident than they feel.
Love Yehuda Lave


Video on how trees work:


Archaeologists Find Ancient Chisel that May Have Helped Build Kotel

The chisel was found along with a gold bell that may have been on the clothes of the High Priest.
By: Tzvi Ben-Gedalyahu
Published: April 22nd, 2014 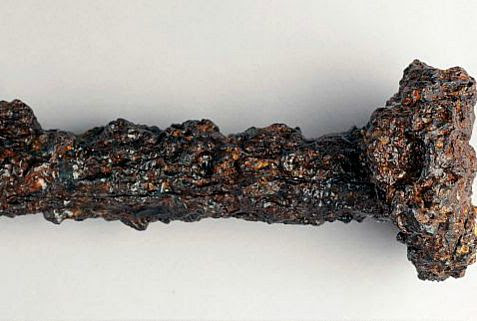 This 2,000-year-old chisel may have been used to help build the Western Wall, according to archaeologists.
Photo Credit: IAA

Archaeologists have discovered a treasure of Second Temple-era objects, including a chisel that may have been used to build the Western Wall, but officials at the Israel Antiquities Authority (IAA) are not officially confirming anything until conclusive studies are completed.
IAA archaeologist Eli Shukrun told Haaretz that he discovered the 2,000-year-old chisel last summer during digging in a tunnel at the lower base of the Western Wall, popularly known by the Hebrew word "Kotel," which was the western outer wall of the courtyard of the destroyed Second Temple. The Kotel was not a wall of the Holy Temple itself.
Shukrun also told the newspaper that he found a golden bell that may have been used by the High Priest, but the IAA reported the same discovery three years ago, and it is not clear if the archaeologist has found  an additional bell along with the chisel.
The Torah states in Exodus, Chapter 28 Verse 3, ""A golden bell and a pomegranate, a golden bell and a pomegranate, on the hem of the robe all around."
Shukrun and Prof. Ronny Reich, who have been digging in Temple Mount area for 19 years, also found a Roman sword and a ceramic seal that probably was used as a stamp of approval for sacrifices brought on the Holy Temple.

or http://www.yehudalave.com/
Posted by Rabbi Yehuda Lave at 5:03 PM