Make the Most of Your Here And Now

Some people accomplish a great deal, yet they are unhappy because they keep thinking that "somewhere else" they might be able to accomplish more. They live their lives with the general feeling that whatever they are engaged in at the moment is nothing compared to what they might possibly do.
This feeling is a poison that destroys joy and happiness in life. While you should try to accomplish as much as you can, it is often an illusion that you are missing out by not being "somewhere else."

18 Israeli inventions that could save your life

As Israel marks its 66th year of statehood today, ISRAEL21c takes a look at 18 lifesaving innovations from the startup nation.

Every day, ISRAEL21c reports on Israeli innovations that are making life easier and better across the globe, from medical and agricultural advances to social-action initiatives and high-tech wonders.
To celebrate the 66th Israel Independence Day on May 6, we bring you 18 innovations from Israel specifically designed to save lives – some already on the market and some coming soon. In Hebrew, the number 18 corresponds to the word "chai" ("life"). We're sure you will share our pride in Israeli ingenuity benefiting humankind everywhere.
1. The First Care Emergency Bandage (also known as the "Israeli bandage"), invented by an Israeli military medic, is used to stop bleeding from hemorrhagic wounds in trauma situations. Credited for saving the life of US Congresswoman Gabrielle Giffords in a 2011 shooting, the bandage is widely used by military medics and civilian first-responders the world over.
2. A fatal car crash can happen in a split second. That's why Jerusalem-based Mobileye technology for identifying and alerting to driving hazards is being built into virtually every new vehicle in the world. Mobileye is the largest private high-tech company in Israel and the world's largest R&D center for artificial vision. 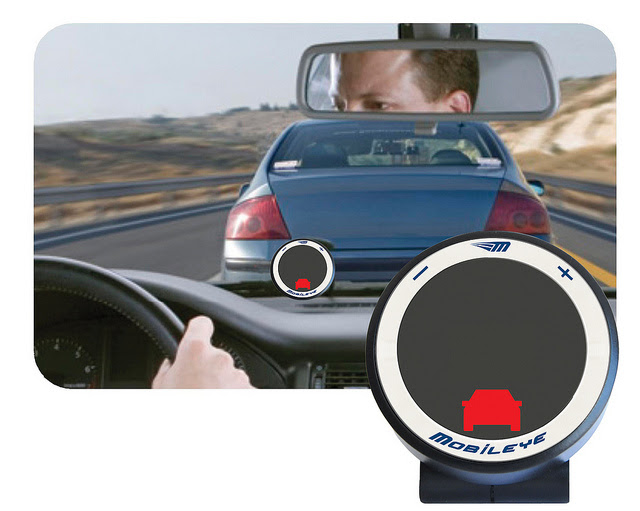 Preventing road deaths.
3. SensAheart  a product made by the Israeli diagnostic technology company Novamed, can be used at home and in the hospital to detect a heart attack coming on. 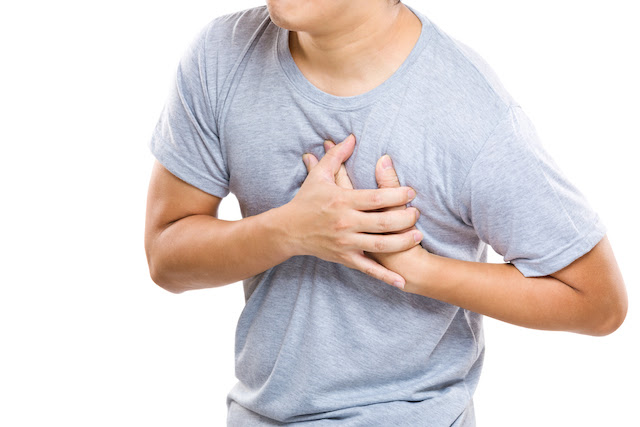 Sensing a heart attack in progress. Image via Shutterstock.com
4. Tel Aviv's Cheetah Medical invented the NICOM non-invasive cardiac output monitor to prevent sepsis, a life-threatening blood infection that causes one in four hospital deaths and is one of the top 10 causes of death in the United States. Using a patented technology, the NICOM monitors hemodynamics – the movement of blood from the heart to the body's organs – via four sensors and enables medical professionals to better diagnose and treat the patient. 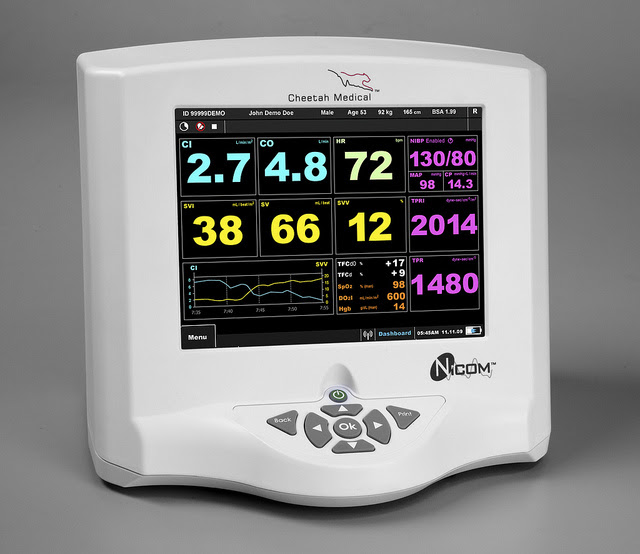 Sepsis is a top killer in hospitals.
5. The adjustable, disposable Lubo Airway Collar by Inovytec is a novel airway management and cervical collar device for cases of severe trauma to the neck and spine. It is the first-ever non-invasive device that can open an airway by imitating a jaw-thrust maneuver while protecting the cervical spine en route to the hospital.
6. The Agilite Instant Harness, the world's smallest Class II rappelling harness, saved the lives of South African miners trapped underground in 2013, The same Israeli company also makes the Injured Personnel Carrier, a novel hands-free device that allows one rescuer to carry an incapacitated person like a "human backpack." 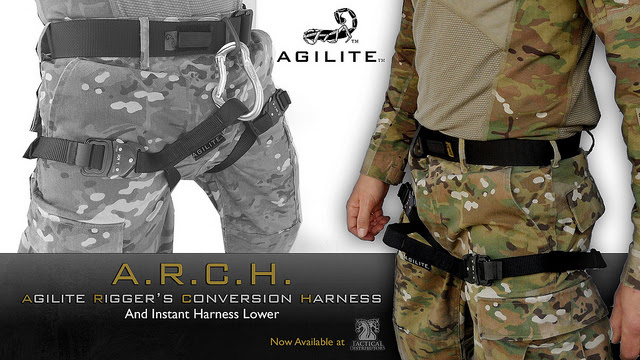 Agilite's instant harness.
7. The Babysense breathing monitor by HiSense alerts parents of respiratory cessation (apnea) in babies. The Israeli breakthrough technology has helped protect more than 600,000 babies from crib death around the world, and has been copied by numerous other manufacturers.

XSight for safer runways.
9. Hyginex makes a smart bracelet to be worn by every staff member in a hospital to make sure that all personnel wash their hands after contact with patients. Clean hands can practically eliminate most hospital-borne infections. Nurses, doctors and even candy-stripers know it, but Hyginex enforces it. 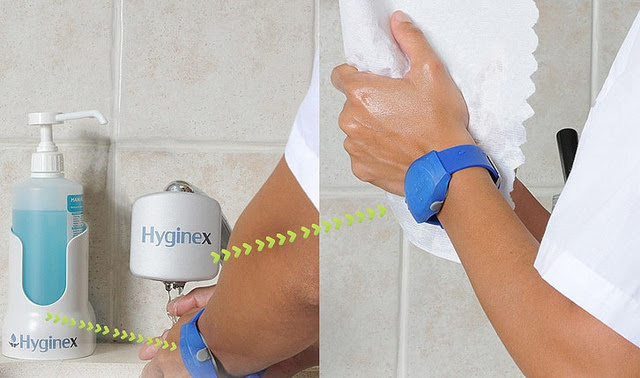 A reminder to wash hands after patient contact
10. When the iMayDay iPhone app senses that your car has been in a collision, it sets off an alarm and emails five pre-determined addresses (or generates up to 50 SMS messages) to inform emergency workers and/or loved ones about the accident. It works anywhere in the world. iMayDay App
11. PerSys Medical's Blizzard Survival line of products, including blankets and jackets, leads the market in hypothermia care. The Blizzard Jacket was pivotal last March in the rescue of a mother and son by the Llanberis Mountain Rescue Team in Wales. The lifesaving wraps withstand temperatures as low as -4 F/-20 C. 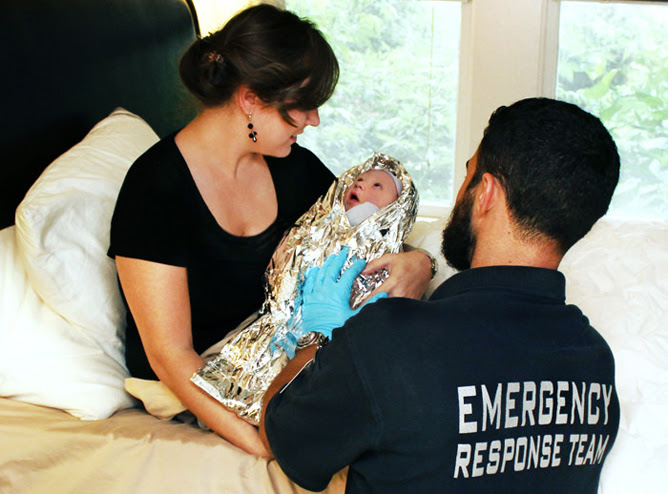 The Blizzard Baby Wrap.
12. Micromedic Technologies specializes in developing and commercializing novel and innovative cancer diagnostic kits enabling early intervention. The company's portfolio spans cancer and cancer-related indications including colorectal cancer, breast cancer, cervical cancer, bladder cancer, lung cancer, and diagnostic tools for personalized treatment.
13. It started out as a rescue "spider" in 2005, and today the Israeli-made Skysaver is deployed to help evacuate skyscrapers in emergency situations. The device is worn like a backpack and includes a fire-resistant cord that can rappel rescued people to safety.
14. The NowForce smartphone app uses GPS crowd-sourcing tech to rally first-response teams quickly. NowForce was developed jointly with United Hatzalah, a Jerusalem-based non-profit that trains thousands of neighborhood volunteers to respond to emergencies on foot or ambucycle before ambulances arrive. United Hatzalah teaches its model of community-powered call centers throughout the world.
15. Wearable devices are becoming the rage for doing everything from counting calories to counting reps at the gym. The Oxitone watch is a wearable device that could save your life by measuring blood oxygen levels and alerting to a potential heart attack well before it happens. It's expected on the market within a year. 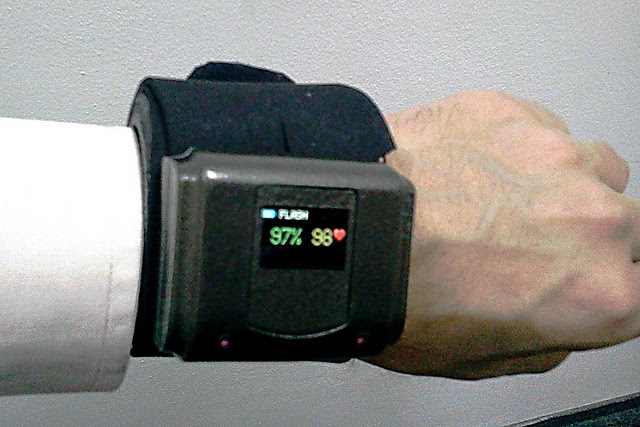 Keeping watch on your heart.
16. Autotalks – maker of the world's first automotive-grade chipset for series-production for vehicle-to-vehicle and vehicle-to-infrastructure communication – aims to keep drivers and passengers safer by allowing cars to exchange data. The technology analyzes data transmitted by the on-board processing units of nearby vehicles and warns drivers of any imminent danger. The Israeli company expects all car manufacturers will integrate its systems by 2015. 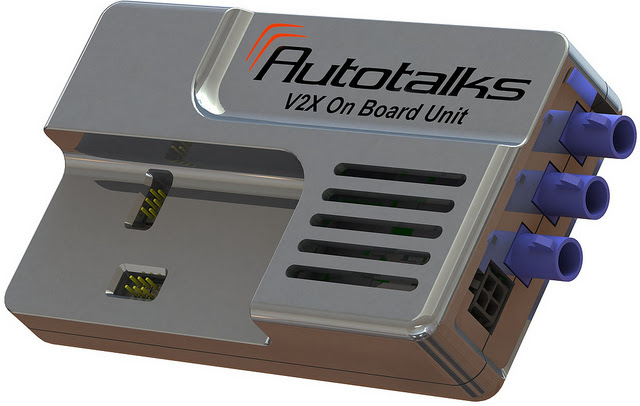 You'll see these in cars by next year.
17. BiondVax has completed trials of its universal flu vaccine first developed at the Weizmann Institute of Science. Pending commercial agreements with governments around the world to continue development, the vaccine could be in the market within two years. Influenza can be deadly. Between 1976 and 2006, flu-associated deaths in the United States alone were estimated to be in the thousands, possibly as many as 49,000. The 1918 flu pandemic killed three to five percent of the world's population at the time.

The Biondvax production room.
18. Wherever disaster strikes in the world – be it natural or manmade – Israel is always among the first to send medical and search-and-rescue teams and supplies, even when it lacks diplomatic relations with the country in crisis.
Governmental and non-governmental agencies (including Israel Flying Aid, IsraAID, Israeli Humanitarian Aid-Latet, Israel Trauma Coalition, ZAKA, Magen David Adom, Tevel B'Tzedek and many others) have been among those on the scene saving lives after disasters including:
The 2004 tsunami in Sri Lanka; Hurricane Katrina in New Orleans in 2005; the 2007 earthquake in Peru; the 2008 cyclone in Myanmar; Philippines typhoons in 2009 and 2013; the Haiti earthquake in 2010 ; a 2010 hospital fire in Romania ; the Japan earthquake and tsunami and the Turkish earthquakes in 1999 and 2011 ; and Hurricane Sandy on the US East Coast in 2012.
Israel also set up a field hospital on its border to treat victims of the Syrian civil war, and continues to provide – without charge — lifesaving treatment of wounded Syrian civilians at its northern hospitals. 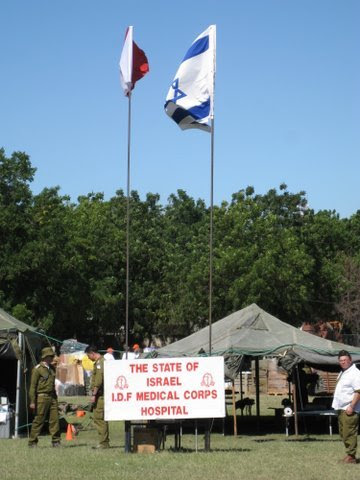 
Have a safe flight, thanks to Israel's XSight

An Israeli company has developed a revolutionary new tool that could allow surgeons to close wounds without stitches or staples minimalizing scarring and risk of infection.

or http://www.yehudalave.com/
Posted by Rabbi Yehuda Lave at 1:21 PM