Dr. Gerald Schroeder on " luck "AND the Lady Plumber

"How Did I Contribute?"

If you are involved in a quarrel with another person, it's easy to think that it's entirely his fault. The wrong things that this person said and did are loud and clear to you. It's not easy to be aware of what you personally said or did that was wrong.

A question to keep asking yourself about any quarrel you become involved in is, "How did I contribute to this?"

Even if you feel that the other person is one hundred percent wrong, and you are one hundred percent right, you might still have said or done something that was partially a cause of the quarrel or at least a cause of it becoming as heated and bitter as it did. You might have been totally right in what you said or did and didn't have any way to know how the other person would react. By asking how you contributed, factors and patterns might emerge that you can eliminate in the future.

Schroeder received his BSc in 1959, his MSc in 1961, and his PhD in nuclear physics and earth and planetary sciences in 1965, from the Massachusetts Institute of Technology (MIT). [2] He worked five years on the staff of the MIT physics department. He was a member of the United States Atomic Energy Commission . [3]

More on the bio of Dr. Gerald Schroeder.....http://en.wikipedia.org/wiki/Gerald_Schroeder 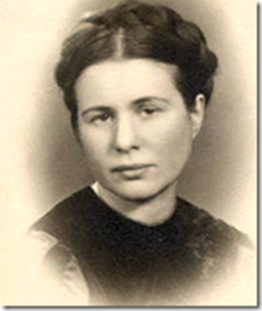 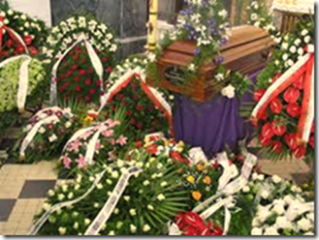 During WWII, Irena got permission to work in the
Warsaw ghetto, as a Plumbing/Sewer specialist.
She had an ulterior motive.

Irena smuggled Jewish infants out in the bottom of the tool box she carried.

She also carried a burlap sack in the back of her truck, for larger kids.

Irena kept a dog in the back that she trained to bark when the Nazi soldiers let her in and out of the ghetto.

The soldiers, of course, wanted nothing to do with the dog and the barking which covered the kids/infants noises. 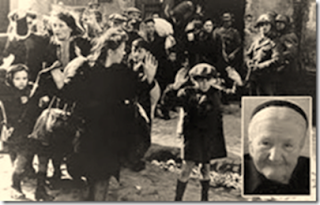 During her time of doing this, she managed to smuggle out and save 2500 kids/infants.

Ultimately, she was caught, however, and the Nazi's broke both of her legs and arms and beat her severely.

Irena kept a record of the names of all the kids she had smuggled out, in a glass jar that she buried under a tree in her back yard.

After the war, she tried to locate any parents that may have survived and tried to reunite the family. Most had been gassed.

Those kids she helped got placed into foster family homes or adopted. 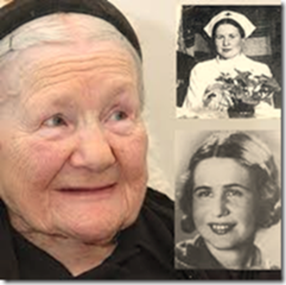 In 2007 Irena was up for the Nobel Peace Prize. She was not selected. Al Gore won, for a slide show on Global Warming.

It is now more than 69 years since the Second World War in Europe ended.
This e-mail is being sent as a memorial chain, in memory of the six million Jews, 20 million Russians, 10 million Christians and 1,900 Catholic priests who were murdered, massacred, raped, burned, starved and humiliated!

Now, more than ever, with Iran, and others, claiming the HOLOCAUST to be 'a myth', it's imperative to make sure the world never forgets, because there are others who would like to do it again.

What they didn't tell you about Dahlia

Sherri Mandell Sherri Mandell is co-director of the Koby Mandell Foundation which runs programs for bereaved families in Israel. Her book, "The … [More]
ael, the Jewish state

Funny how none of the articles about the murder of Dahlia Lemkus who was stabbed near Alon Shvut last night speak about Dahlia or her family, how no reporter had the curiosity to find out about her. She was killed in the afternoon so the reporters had all evening to question their contacts in Tekoa.

Instead, they practice a kind of obscurantism, restricting our knowledge of the victim. (Curious that the word obscurantism is derived from a dispute between intellectuals and the German monks who wanted to burn Jewish books, like the Talmud, in the 16th century to obscure Jewish culture and learning.) In the New York Times, the reporter tells you about the terrorist who is from Hebron, how he was in an Israeli jail for five years for a firebombing. The reporter quotes his Facebook page: "I'll be a thorn in the gullet of the Zionist project to Judaize Jerusalem." We learn nothing about 26 year old Dahlia, who was just getting started in life after finishing college, studying occupational therapy so that she could have a job where she could help people who were sick or infirm or disabled to live in a fuller way.

They don't care that Dahlia's father Nachum drives the ambulance in Tekoa. Day and night he is called on to make the drive to Jerusalem, and that Dahlia's mother cares tenderly for the elderly.

You will never learn from the articles that, when a neighbor had to go to the hospital with a sick child, Dahlia stayed with the other young children all night and insisted that they not pay her. The articles would never tell you that she was the one who cooked the food for her brother Haggai's bar mitzvah a month ago, fried fish, salad and pancakes.

No, they don't want you to know what a kind, giving, loving young woman she was on the cusp of her adult life, looking towards marriage and creating her own family.

Instead the newspapers show a photo of the terrorist and tell us that the Palestinian leadership says that it is normal and natural to run over a young woman and then stab her to death so that her blood runs like a red cape into the street. Normal and natural. An act of resistance. When the Palestinian leadership calls for their people to take a knife and find Jews to murder, and calls it natural and normal, we have entered the realm of unadulterated evil. Dahlia embodied its opposite and that fact shouldn't be obscured from the world.