Happy people have a vast amount of things that they consider to be okay. We all have our limits. But we can develop attitudes and reactions that enable us to accept, tolerate, and ignore many of the things that annoy, irritate, and frustrate unhappy people.

Some people need things to be "just so" for them to feel comfortable and happy. The more rules and specifics that are needed for this, the more likely that a person will experience much unhappiness.

Are there any people you dread interacting with? Those with a low threshold of okay-ness are often in this category. They demand that everything has to be exactly as they wish it to be for them to be satisfied. These people are highly critical of others. They get annoyed at others for minor and trivial matters that are not to their liking. Don't be one of them for your own benefit and the welfare of those who interact with you.

Develop a sense of perspective. Keep asking yourself, "How important is this for me to fulfill my life's mission?" The clearer you are about which values are truly important to you, the easier it will be for you to accept and cope well with trivial and minor aspects of life that are not just the way you would have wanted them to be.

Rabbi Meir Mazuz (seen visiting a synagogue in Crown Heights, Brooklyn) declared in a public Internet psak that it is legal for a Jew to go up to temple Mount.
Photo Credit: shturem.net

It seems that cracks are appearing in the Haredi consensus, which used to be firmly against setting foot on Temple Mount, for fear of violating the holiest Jewish site. According to Maariv, Rabbi Meir Mazuz, head of yeshiva Kisseh Rachamim (Seat of Mercy) in B'nei B'rak, has responded to a public question on his institutions' official website with the psak (decision): "min hadin mutar" – meaning that it is legally permitted. However, he said that one must restrict one's movements on Temple Mount to the areas which are not problematic.

The entrance to the Temple before the destruction was restricted to Jews who had cleansed themselves of the impurity of the dead, a 7-day process requiring two sprayings with water containing the ashes of a red heifer. Since we are no longer in possession of these means, we are unable to cleanse our impurity and so, should we set foot on an area where the holy sacrifices were being made, or, even worse, the holiest sanctuary, we would be defiling them.

But there are today many religious-Jewish experts who offer clear instructions as to where the "safe" area for walking is, mostly the perimeter of the compound.

Rabbi Mazuz's decision comes a scant few months after the passing of Rav Ovadia Yosef, who staunchly objected to Jewish ascent to Temple Mount. Rabbi Mazuz's stature in the Sefardi Haredi community might usher in a new era in mainstream religious Jewish approach to the Temple Mount.

Rabbi Mazuz is considered one of the senior Sefardi rabbis in the world, but has always been to the right of the late Rav Ovadia. He was actively opposed to the Gush Katif deportations, including adding his name to the list of rabbis who at the time called on IDF soldiers to refuse an order to evacuate.

Needless to say, Shas, the Haredi Sefardi party which may suffer a setback come next elections due to the passing of Rav Ovadia, is not happy with the public defiance being shown by Rabbi Mazuz these days. Their spokesman has already criticized the Rabbi's decision, and the question Shas seems to fear is not so much about Temple Mount but about the possibility of dissent in the Sefardi ranks over more critical issues, like politics.

By car may be more comfortable, but driving on the streets is another pain. 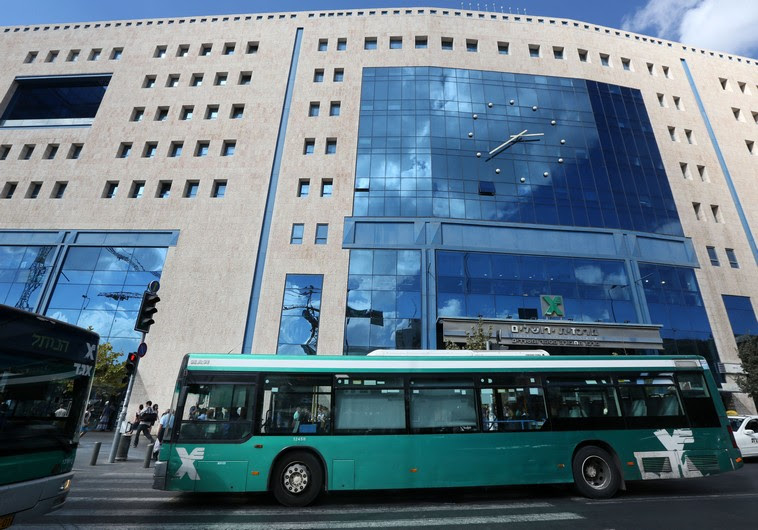 There are four ways of getting around Jerusalem: by foot, by bike, by car and by public transportation. Public transportation means the bus, and waiting for the bus is the usual pain. The pain starts when the bus arrives and the small crowd pushes to get on, in spite of the fact that others are still trying to get off. The result is a scrum. The same also happens at lifts, and that is why the Hadassah Hospital has put up signs, "To save time, let the others off first." It does save time, but bus and lift addicts see getting on as their priority, regardless of others and time.

By car may be more comfortable, but driving on the streets is another pain.

Other drivers have to overtake, and when they see a hazard they speed up. That is the Israeli way. Abroad, when one sees a problem one slows down, but not so in Israel, where the priority is to get past it, whatever it is, and speed on.

For them to defer is out of the question, to do it for politeness is not on, it would be sissy, as it would be sissy for a driver to make way for you, or to signal his intention to turn in front of you. On the other hand, there is the rare occasional chap or lady who will step aside for you, in accordance with the French maxim of toujours la politesse (above all, civility).

It makes one wonder what Israeli kids are taught at school. The lesson seems to be look out for number one, show purpose and always advance; to step aside, to make way, to hold back, to slow down, to defer to another, is sissy and shows hesitancy and lack of resolve.

In a recent bus queue (yes, it was a queue), I waited for an intercity bus at the head of the line. When the already crowded bus arrived, the lady behind me jumped forward, ready to board first.

"Yes," she said, "and now I am in front of you!" What could I do, or think, except realize that for her and all those other passengers, drivers and pedestrians, it was "toujours la pushinesse"?

The author is a scholar living in Jerusalem.