Excavation in the city of David and great old pictures

Neglecting to look ahead is a prime cause of unhappiness. One who overeats disparages the value of food. A quarrelsome man complains against the blessings of marriage, relatives and neighbors. By practicing foresight, many evils can be avoided.


An unforgettable visit to the city of David. Paste the link below
http://www.israelvideonetwork.com/this-video-left-me-glued-to-the-screen?omhide=true&utm_source=MadMimi&utm_medium=email&utm_content=Israel+Breaking+News+Video%3A+Hamas%27s+new+hit+song+in+Hebrew+-+%27Zionist%2C+you+are+about+to+be+killed+by+a+car%27&utm_campaign=20141119_m123165811_11%2F20+Israel+Breaking+News+Video%3A+Hamas%27s+new+hit+song+in+Hebrew+-+%27Zionist%2C+you+are+about+to+be+killed+by+a+car%27&utm_term=cityofdavid_jerusalem_jpg_3F1416392021 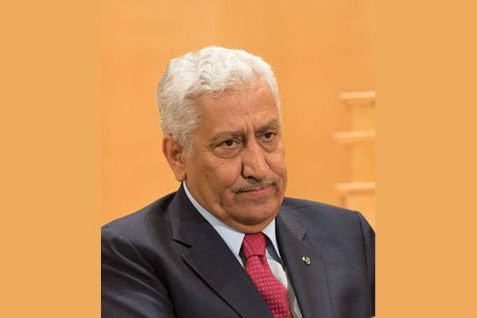 Jordanian Prime Minister Abdullah Ensour sent letters of condolence to the families of the two terrorists who committed the Har Nof Massacre, killing 5 people, and leaving behind dozens of orphans.

This is in followup to the prayers and moment of silence that the Jordanian Parliament held in honor of the two terrorists.

An estimated 80% of the population of Jordan identify themselves as "Palestinians", which would make Jordan the Palestinian state, except for minor problem of the Hussein monarchy which is in the way of the majority.

A photograph taken by Scott's British Antarctic Expedition to the South Pole, before they perished on their return journey. [1910]

The traffic jam at the Brandenburg Gate as East and West Germans cross freely on the first Saturday after the fall of the Berlin Wall. [November, 1989]

Fidel Castro enjoying ice cream during a visit to a US military camp. [1959]

The models of "American Gothic" stand next to the painting

The iceberg that is thought to have sunk the Titanic. Black and red paint is smeared along the side. [1912]

The filming of Batman and Robin.

Wilbur Wright circles the Statue of Liberty in the Model A. [29 September, 1909]

Race organisers attempt to stop Kathrine Switzer from competing in the Boston Marathon. She became the first woman to finish the race. [1967]

African Americans protest against the war in Vietnam during the Harlem Peace March. [1967]

The last few prisoners of Alcatraz leave as the prison is shut down for good. [1963]

The Hollywood sign, shortly after it was installed. It originally read "Hollywoodland". [1923]

Neil Armstrong photographed by Buzz Aldrin, shortly after walking on the moon. [1969]

An injured survivor of the Hindenburg smokes as he is carried to safety. [6 May, 1937]

The only known photograph of Abraham Lincoln at Gettysburg, before giving his famous address. [November 19, 1863]

An East German guard passes a flower through a gap in the Berlin Wall on the morning it was torn down. [1989]

Three men run in the marathon at the first modern Olympic Games. [1896]

Norway receive their first ever shipment of bananas. [1905]

The Beatles during their shoot for Sgt. Pepper's Lonely Hearts Club Band. [1967]

Mourners climb telephone poles to get a view of Gandhi's funeral procession. [1948]

Enlisted men aboard an American ship hear the news of Japan's surrender. [1945]

Spectators standing upon couches, tables and chairs to to see the signing of the treaty of Versailles and the end of World War I. [1919]

The last known photo of the Titanic above water. [1912]

A photo taken in secret of the Supreme Court in session, one of only two ever taken. [1932]

A large crowd, made up of many African Americans, mourn the death of Abraham Lincoln outside the Courthouse in Vicksburg, Mississippi. [1865]

or http://www.yehudalave.com/
Posted by Rabbi Yehuda Lave at 11:18 PM