Elevate Your Outlook at Work

When you are working at your job, focus on how you are helping other people and fulfilling the commandment of "love your neighbor."

Moreover, your job is an opportunity to work on being honest and trustworthy in every transaction. 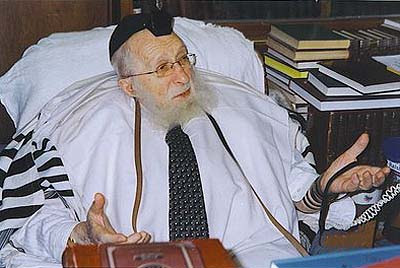 He was a renowned halachic posek, and was considered by many to be among the giants of his generation. He served on the Mo'etzet Gdolei HaTorah (Committeee of Tora Sages).

He was renowned for wearing many layers of tzitziot. Early on he wore as many as 150 pairs, but later, as his health declined, he wore only about 70 pairs. He used to say that he was wearing those tzitziot them on behalf of people who did not fulfill this mitzvah, but some of his followers believed he had other, more mysterious reasons.

Amazing - the variety of butterflies, with juxtaposed rocks!