Intensify Your Will to Become Grateful


Make it a high priority to become a person who is consistently grateful. Let this be an important goal. "Nothing stands in the way of a strong will." This principle is the source of the success of successful people. Those who achieve excellence in any area need to have a strong will to take action.

If you are not yet a person who has mastered gratitude, intensify your will to do so. The stronger your will, the more likely you will succeed.

What is Lag B'Omer?

LLag BaOmer is the 33rd day of the Counting of the Omer. It is celebrated with outings, bonfires, and other joyous events. Many visit the resting place (in Meron, northern Israel) of the great sage and mystic Rabbi Shimon bar Yochai, the anniversary of whose passing is on this day.

Rabbi Shimon bar Yochai, who lived in the second century of the common era, was the first to publicly teach the mystical dimension of the Torah known as the "Kabbalah," and is the author of the basic work of Kabbalah, the Zohar. On the day of his passing, Rabbi Shimon instructed his disciples to mark the date as "the day of my joy."

Rabbi Shimon bar Yochai, whose passing is marked on Lag BaOmer, spent thirteen years in a cave in Israel hiding from Roman pursuers. He lived off the fruit of a carob tree and water from a spring, both of which had miraculously appeared for his benefit.

They tell a story about a man whose ship had capsized at sea, and, while struggling to stay afloat on a makeshift raft, he prayed to G-d that he be saved. Within moments, a helicopter appeared and dropped him a ladder. He called out to the pilot, "No thanks, I am expecting a miracle from G-d."

At times we tend to overlook the miracles in our lives. Sure, they aren't as obvious as they once were. But G-d still keeps the universe functioning miraculously. Whether it's the sun rising each morning in the east, or every breath we breathe and step we take, it's all a miracle.

So take a moment to appreciate the miracles we experience on a daily basis. Everything is there just for us; let's make the best of it. 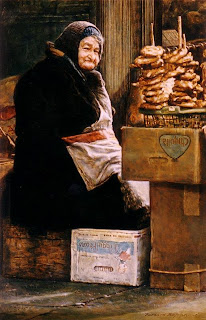