Is a human Kosher 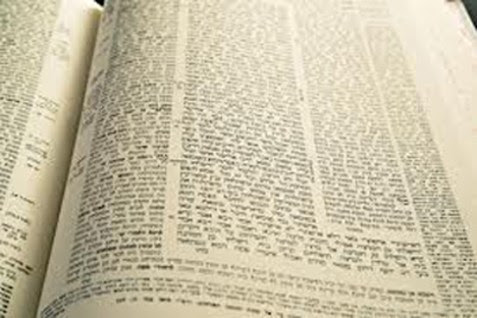 This column is dedicated to the refuah sheleimah of Shlomo Eliezer ben Chaya Sarah Elka.

In this week's parshah the Torah teaches us which animals are kosher and which are not. There is a machlokes Rishonim whether one may eat human meat. The Rambam derives from a pasuk in this week's parshah that says that from any animal that has split hooves and chews its cud, "osah tocheilu – that one you may eat" – that it is forbidden to eat human meat. However, the Rambam says that it is not a lo sa'asei but rather it is only an issur asei (a prohibition derived from something the Torah commands us to do, i.e. the Torah commanded us to eat from kosher animals; thus we can draw from this that we should not eat from anything else).

The Ra'uh (Kesubos 60a) is of the opinion that human meat is forbidden to eat by means of a lo sa'asei. The Ramban, the Rashba and the Ritvah opine that it is permitted to eat human meat.

The Ramban asks the following question on the Rambam and the Ra'uh: The Gemara, in Krisus 21b, says that human blood and milk is permitted to be consumed. If the meat of a human is indeed prohibited, we should apply the rule of kol hayotzei min hatamei, tamei – anything that comes out of a forbidden thing is also forbidden. Since it is forbidden to eat human meat it should also be forbidden to eat anything that comes out of a human – namely his blood and milk.

The Maggid Mishneh suggests two solutions to this question. He says that there is a special drasha that the Gemara made that permits the consumption of a human's milk and blood. The fact that the Torah needed to write an extra drasha is a proof to the opinion of the Rambam. So if the meat of a human were indeed permitted to be consumed, why would the Torah need to write an extra drasha permitting human blood and milk? It should be permitted without a drasha, since if human meat is permitted human milk and blood should be as well. From this drasha we see that human meat is indeed forbidden; thus the Torah needed to write a special drasha to permit a human's blood and milk.

Reb Chaim Soloveitchik explains that the Rishonim who asked this question knew that there is a special drasha that permits the blood and milk of a human. However, they learned that the drasha was not needed to permit the blood and milk from the issur of kol hayotzei min hatamei, tamei. Rather they understood the drasha was needed so that we would not consider milk and blood to be just like human flesh and prohibit the flesh, milk and blood all in the same prohibition. The drasha, in their view, permits not only milk and blood, but also permits human meat. This is their source that the meat of a human is permitted.

Some Acharonim explain the opinion of the Rambam based on the following Toras Kohanim in this week's parshah: The Toras Kohanim says that Adam ha'rishon was originally prohibited from eating any animals; he was only permitted to eat fruits and vegetables. After the mabul, Hashem permitted Noach to eat animals. Hashem says that the bnei Yisrael cannot eat any animal except only kosher animals. We see from this that every living thing was originally prohibited, and needs a specific heter to permit it to be eaten. Since the Torah never explicitly permitted human meat, it should remain forbidden.

Based on this the Acharonim answer another question. The Zera Avraham asks how Adam and Noach, prior to being permitted to eat animals, could bring animals as korbanos. After all, anything that is forbidden to be eaten cannot be brought as a korban. The Oneg Yom Tov answers that the prohibition to eat animals prior to the mabul (and the existing prohibition to eat humans today) was not forbidden as a non-kosher animal. Rather they were kosher animals that the people were prohibited to eat – similar to a fast day whereby people cannot eat but the food remains kosher. On a fast day one may bring korbanos even though he may not eat them at that time. Therefore, the animals were fit to be brought as korbanos even though they were not fit for consumption at that time.

This is in line with the Rambam's view that human meat is prohibited because of an asei. Since the Torah never permitted it, human meat remains prohibited as it always was. But that original prohibition did not render the item a non-kosher food. It only means that we cannot eat it.

or http://www.yehudalave.com/
Posted by Rabbi Yehuda Lave at 4:25 PM