Don't Dwell on Past Events But Never forget certain ones.

It is foolish to waste present moments regretting what is over and done with. Some people constantly say, "If only I hadn't gotten involved in this venture, I wouldn't have suffered." "If only I would have stayed an hour longer, this wouldn't have happened." We are not prophets and there is no possible way to know in advance exactly what will be. Try to protect yourself from harm, but realize that it is impossible to plan for every contingency.
That being said, everything has its place. As Jews we must never forget what happened just 70 years ago.
Love Yehuda Lave

This piece of wisdom below is from Rabbi Johnathan Sacks

There is only one solution: to make the people co-architects of their own destiny, to get them to build something together, to shape them into a team and show them that they are not helpless, that they are responsible and capable of collaborative action. Genesis begins with God creating the universe as a home for human beings. Exodus ends with human beings creating the Mishkan, as a ‘home’ for God.

Hence the basic principle of Judaism, that we are called on to become co-creators with God. And hence too the corollary: that leaders do not do the work on behalf of the people. They teach people how to do the work themselves. It is not what God does for us but what we do for God that allows us to reach dignity and responsibility.

YELLOWSTONE  NATIONAL PARK - The man responsible for snapping these dramatic photographs of a bison being chased by a grizzly bear has surfaced.
Alex Wypyszinski had just dropped off his wife at work and had a few hours to kill one morning last April.
Wypyszinski says he likes to spend his free time in the morning snapping photos of wildlife in the park. Of course, he usually has to search the animals out.

PHOTOS BELOW
It all started when he was driving in the Fountain Flats area, located between the Madison Junction and  Old Faithful, when he heard an unusual sound.
But Wypyszinski says any noise is unusual on that particular highway at 7 am.
"I thought it was a horse and carriage," said Wypyszinski. "That was the kind of noise that I heard."
By the time he turned around, the two fuzzy brown images were racing quickly toward him. 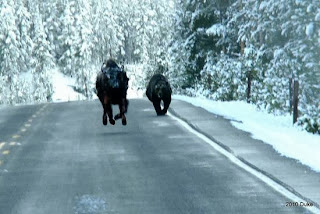 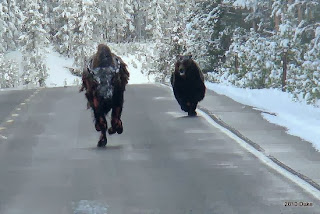 Wypyszinski pulled out his camera quickly, thinking he was going to catch two moose racing down the highway.
He quickly learned he was mistaken.
"I thought I was having a hallucination or something," said Wypyszinski. "I couldn't believe what that buffalo looked like."
It was a bison, badly burned from an encounter with one of the numerous hot spots in   Yellowstone National Park . 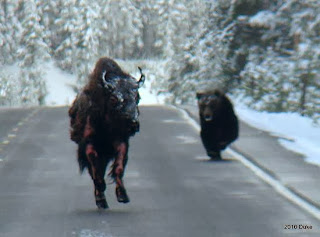 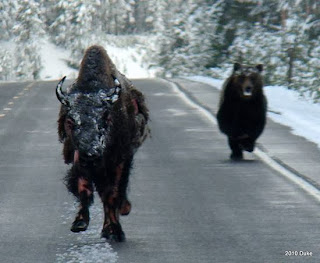 The sight of such an injured bison alone is rare, but what Wypyszinski saw next was once in a lifetime.
"Never, ever, ever," said Wypyszinski. "I've seen plenty of bear, and more buffalo. But I've never seen anything like that before."
A grizzly was chasing the bison and gaining quickly. 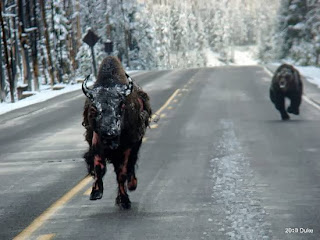 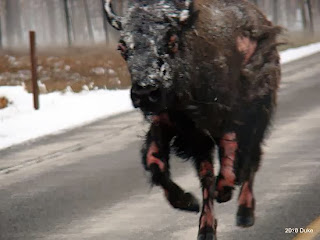 Wypyszinski stopped his car on the desolate highway and took out his camera.
"I stood along the car as long as I thought it was safe."
The two beasts passed the man by without paying any notice. 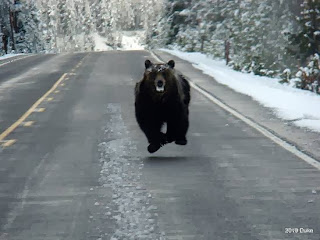 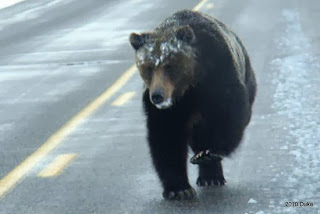 The result: these 14 hair-raising pictures. 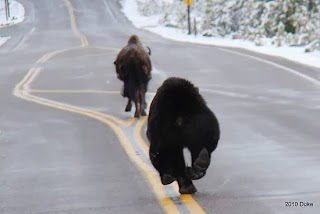 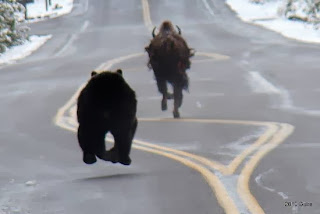 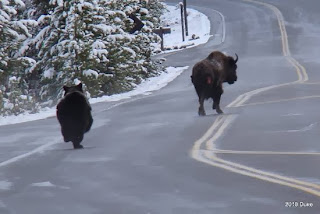 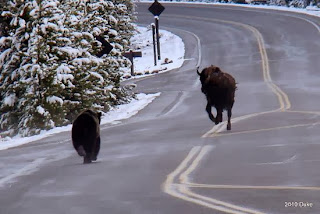 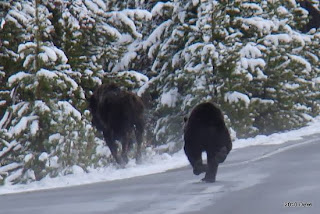 We pick our tale up where the photos end.
Wypiszinski says once in the safety of the woods the bison out maneuvered the grizzly, escaping to live exactly one more day.
Park rangers had to put the bison down due to the injuries it sustained from the hot springs .
Wypiszinski said the whole event was over just as quickly as it happened.
Just another day in Yellowstone National Park .

or http://www.yehudalave.com/
Posted by Rabbi Yehuda Lave at 7:41 PM