Bob Hope in Heaven...and Just do It and the Acco museum of Free Fightes

There are many things that we should do, but we procrastinate. We delay taking action. Doing nothing is often much easier then taking action. What can you say to get yourself moving? You can say, "Just do it."

Sometimes we really have a good reason or reasons for hesitating. Deep down we may feel that it's better for us not to take the action we're postponing. But we aren't yet clear about the entire matter. If you have an intuitive feeling that it might be unwise to take action, then wait. Think it over some more. Consult others.

But when you know that you or others will benefit if you take action and you don't have a valid reason for procrastinating, tell yourself, "Just do it."

Speaking of doing it, today I went on a trip to Acco Museum of Free Fighters --our heroes that were hanged at the Acco Prison


On his death bed they asked him  where he wanted to be buried and he said. "Surprise me." 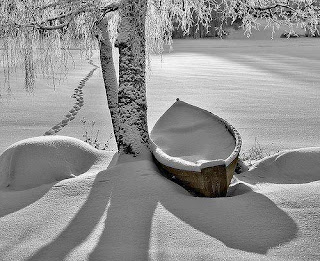 "In GOD we  trust"
BOB HOPE IN HEAVENFor those of you too young to remember Bob Hope, ask your  Grandparents.
And thanks for the memories. 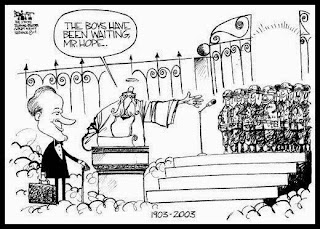 I HOPE THIS WILL PUT A SMILE ON YOUR FACE AND IN YOUR HEART.
Tribute to a man who DID make a difference. 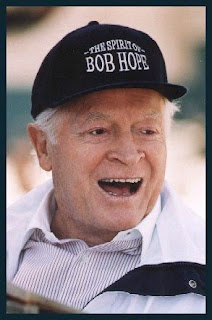 ON TURNING 70"I still chase women, but only downhill."
ON TURNING 80"That's the time of your life when even your birthday suit needs  pressing."
ON TURNING 90"You know you're getting old when the candles cost more than the cake."
ON TURNING 100"I don't feel old. In fact, I don't feel anything until noon.
Then it's time for my nap."
ON GIVING UP HIS EARLY  CAREER, BOXING"I ruined my hands in the ring. The referee kept stepping on them."
ON NEVER WINNING AN  OSCAR
"Welcome to the Academy  Awards, or, as it's called at my home, Passover."
ON GOLF"Golf is my profession. Show business is just to pay the green  fees."
ON PRESIDENTS"I have performed for 12 presidents but entertained only six."


ON WHY HE CHOSE SHOWBIZ  FOR
HIS CAREER"When I was born, the doctor said to my mother,
Congratulations, you have an eight pound ham."
ON RECEIVING THE
CONGRESSIONAL GOLD  MEDAL"I feel very humble, but I think I have the strength of character to fight  it."
ON HIS FAMILY'S EARLY  POVERTY"Four of us slept in the  one bed. When it got cold, mother threw on another brother."
ON HIS SIX BROTHERS"That's how I learned to dance. Waiting for the bathroom."
ON HIS EARLY FAILURES"I would not have had anything to eat if it wasn't for theStuff the audience threw at me."
ON GOING TO HEAVEN"I've done benefits for ALL religions. I'd hate to blow the hereafter on a technicality." 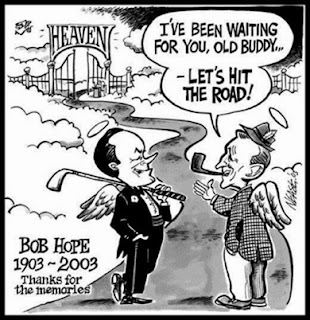 Give me a sense of humor;  Lord, give me the grace to see a joke,
To get some humor out of life,
And to the person receiving thisThe grace to pass it on to others.

or http://www.yehudalave.com/
Posted by Rabbi Yehuda Lave at 10:41 PM