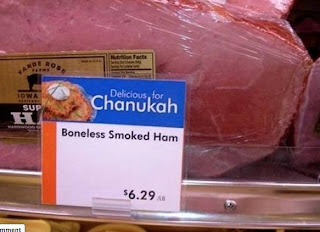 How do you know if you're a good person?  Virtually, everyone thinks that what they do is right.  If you don't believe me, just try to tell someone that they're wrong and see how fast their defenses rise!  Or, better yet, notice when someone tells you that you're mistaken -- notice how fast your defenses rise!

The question is, "If one doesn't believe in G-d and a revealed absolute code of morality, how does one measure whether or not he's a good person?"

"God's existence has direct bearing on how we view morality.  As Dostoyevsky so famously put it, "Without God, everything is permitted."

"At first glance, this statement may not make sense.  Everything is permitted?  Can't there be a morality without an infinite God?

"Perhaps some of the confusion is due to the concept of moral relativism.  Moral relativism maintains that there is no objective standard of right and wrong existing separate and independent from humanity.  The creation of moral principles stems only from within a person, not as a distinct, detached reality.  Each person is the source and definer of his or her subjective ethical code, and each has equal power and authority to define morality the way he or she sees fit.

"The consequences of moral relativism are far-reaching.  Since all moral issues are subjective, right and wrong are reduced to matters of opinion and personal taste.  Without a binding, objective standard of morality that sticks whether one likes it or not, a person can do whatever he feels like by choosing to label any behavior he personally enjoys as "good."  Adultery, embezzlement, and random acts of cruelty may not be your cup of tea -- but why should that stop someone from taking pleasure in them if that is what they enjoy?

"Is having an intimate relationship with a 12-year-old objectively wrong just because you don't like it?

"Perhaps murder makes a serial killer feel powerful and alive.  A moral relativist can say he finds murder disgusting, but that does not make it wrong -- only distasteful.  Hannibal, the Cannibal, is entitled to his own preferences even if they are unusual and repugnant to most.

"Popularity has nothing to do with determining absolute morality; it just makes it commonplace, like the color navy.

"But this killer is hurting others!"  True.  But in a world where everything is subjective, hurting an innocent person is merely distasteful to some, like eating chocolate ice cream with lasagna.  Just because we may not like it doesn't make it evil.  Evil?  By whose standard?  No one's subjective opinion is more authoritative than another.

"Not too many of us believe that killing an innocent person is just a matter of taste that can change according to whim.  Most of us think it is an act that is intrinsically wrong, regardless of what anyone thinks.  According to this view, the standard of morality is an unchangeable reality that transcends humanity, not subject to our approval."