Stand Before The Creator

When you pray or do a mitzvah, you are standing in the presence of the Creator. This awareness is known as "fearing the Almighty."

The next time you pray, feel yourself standing before the Creator and actually speaking to Him. Feel the love of the Creator permeating every cell in your body. Feel the white light make you whole.

Here's a  change of pace from the daily news which you may have forgotten, or perhaps not yet seen, but will find amusing.  Enjoy!
I have seen this before and every time I laugh again!

Now for something serious a prayer for our troops under fire!!!!


A Payer for our IDF troops under battle: 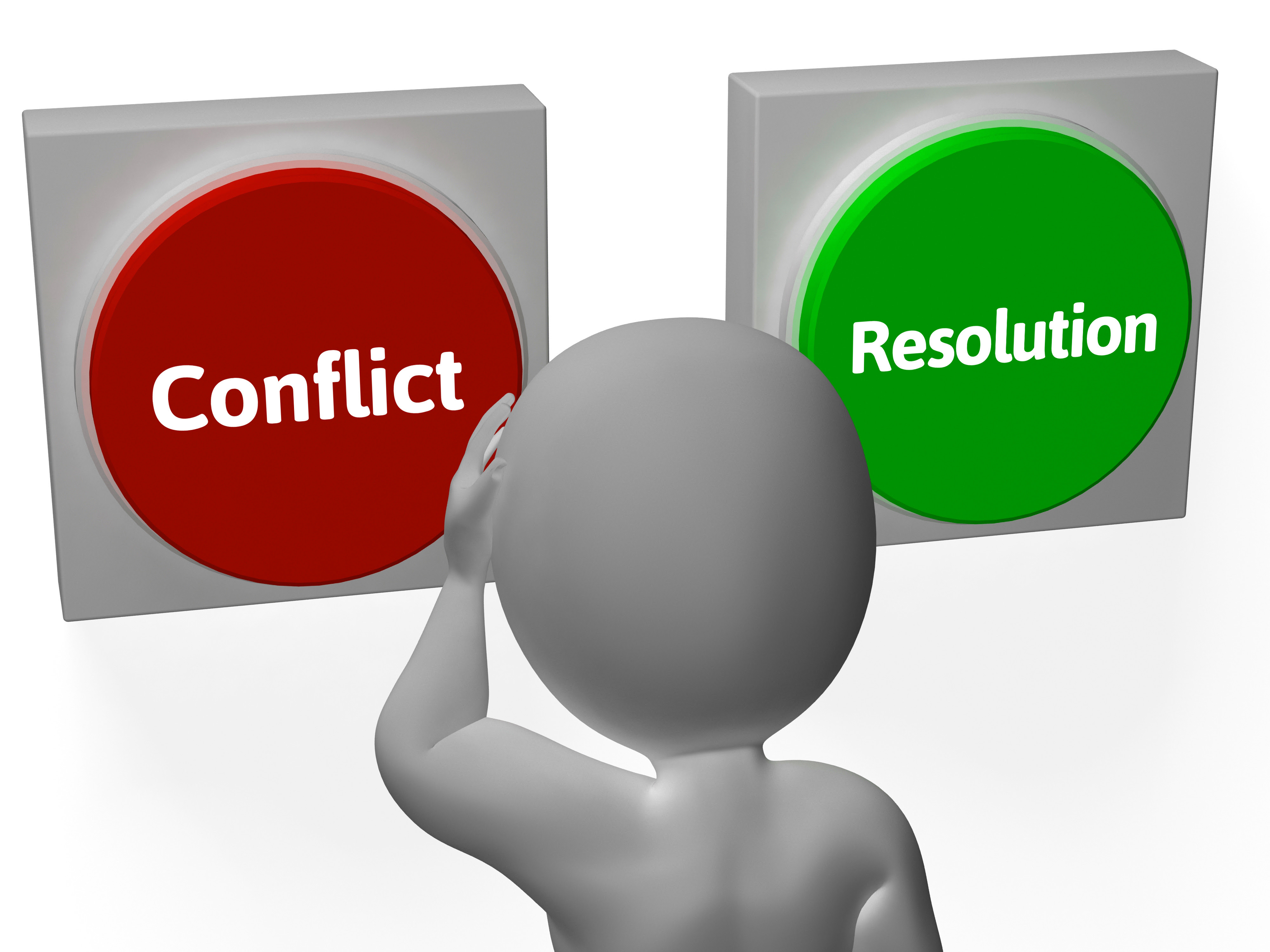 One of the hardest tasks of a leader – from prime ministers to parents – is conflict resolution. Yet it is also the most vital. Where there is leadership, there is long-term cohesiveness within the group, whatever the short-term problems. Where there is a lack of leadership – where leaders lack authority, grace, generosity of spirit and the ability to respect positions other than their own – then there is divisiveness, rancour, back-biting, resentment, internal politics and a lack of trust. Leaders are people who put the interests of the group above those of any subsection of the group. They care for, and inspire others to care for, the common good.

That is why an episode in this week's parsha is of the highest consequence. It arose like this. The Israelites were on the last stage of their journey to the promised land. They were now situated on the east bank of the Jordan, within sight of their destination. Two of the tribes, Reuben and Gad, who had large herds and flocks of cattle, felt that the land they were currently on was ideal for their purposes. It was good grazing country. So they approached Moses and asked for permission to stay there rather than take up their share in the land of Israel. They said: "If we have found favour in your eyes, let this land be given to your servants as our possession. Do not make us cross the Jordan" (Num. 32: 5).

Moses was instantly alert to the danger. The two tribes were putting their own interests above those of the nation as a whole. They would be seen as abandoning the nation at the very time they were needed most. There was a war – in fact a series of wars – to be fought if the Israelites were to inherit the promised land. As Moses put it to the tribes: "Should your fellow Israelites go to war while you sit here? Why do you discourage the Israelites from crossing over into the land the Lord has given them?" (32: 6-7).

The proposal was potentially disastrous. Moses reminded the men of Reuben and Gad what had happened in the incident of the spies. The spies demoralised the people, ten of them saying that they could not conquer the land. The inhabitants were too strong. The cities were impregnable. The result of that one moment was to condemn an entire generation to die in the wilderness and to delay the eventual conquest by forty years. "And here you are, a brood of sinners, standing in the place of your fathers and making the Lord even more angry with Israel. If you turn away from following him, he will again leave all this people in the wilderness, and you will be the cause of their destruction" (Num. 32: 14-15). Moses was blunt, honest and confrontational.

What then followed is a role model in negotiation and conflict resolution. The Reubenites and Gadites recognised the claims of the people as a whole and the justice of Moses' concerns. They propose a compromise. Let us make provisions for our cattle and our families, they say, and the men will then accompany the other tribes across the Jordan. They will fight alongside them. They will even go ahead of them. they will not return to their cattle and families until all the battles have been fought, the land has been conquered, and the other tribes have received their inheritance. Essentially they invoke what would later become a principle of Jewish law: zeh neheneh ve-zeh lo chaser, meaning, an act is permissible if "one side gains and the other side does not lose."[1] We will gain, say the two tribes, by having land good for our cattle, but the nation as a whole will not lose because we will be in the army, we will be in the front line, and we will stay there until the war has been won.

Moses recognises the fact that they have met his objections. He restates their position to make sure he and they have understood the proposal and they are ready to stand by it. He extracts from them agreement to a tenai kaful, a double condition, both positive and negative: If we do this, these will be the consequences, but if we fail to do this, those will be the consequences. He leaves them no escape from their commitment. The two tribes agree. Conflict has been averted. The Reubenites and Gadites achieve what they want but the interests of the other tribes and of the nation as a whole have been secured. It was a model negotiation.

Quite how justified were Moses' concerns became apparent many years later. The Reubenites and Gadites did indeed fulfil their promise in the days of Joshua. The rest of the tribes conquered and settled Israel while they (together with half the tribe of Manasseh) established their presence in Trans-Jordan. Despite this, within a brief space of time there was almost civil war.

Joshua 22 describes how, returning to their families and settling their land, the Reubenites and Gadites built "an altar to the Lord" on the east side of the Jordan. Seeing this as an act of secession, the rest of the Israelites prepared to do battle against them. Joshua, in a striking act of diplomacy, sent Pinhas, the former zealot, now man of peace, to negotiate. He warned them of the terrible consequences of what they had done by, in effect, creating a religious centre outside the land of Israel. It would split the nation in two.

The Reubenites and Gadites made it clear that this was not their intention at all. To the contrary, they themselves were worried that in the future, the rest of the Israelites would see them living across the Jordan and conclude that they no longer wanted to be part of the nation. That is why they had built the altar, not to offer sacrifices, not as a rival to the nation's sanctuary, but merely as a symbol and a sign to future generations that they too were Israelites. Pinhas and the rest of the delegation were satisfied with this answer, and once again civil war was averted.

The negotiation between Moses and the two tribes in our parsha follows closely the principles arrived at by the Harvard Negotiation Project, set out by Roger Fisher and William Ury in their classic text, Getting to Yes.[2] Essentially they came to the conclusion that a successful negotiation must involve four processes:


Moses does all four. First he separates the people from the problem by making it clear to the Reubenites and Gadites that the issue has nothing to do with who they are, and everything to do with the Israelites' experience in the past, specifically the episode of the spies. Regardless of who the ten negative spies were and which tribes they came from, everyone suffered. No one gained. The problem is not about this tribe or that but about the nation as a whole.

Second, he focused on interests not positions. The two tribes had an interest in the fate of the nation as a whole. If they put their personal interests first, God would become angry and the entire people would be punished, the Reubenites and Gadites among them. It is striking how different this negotiation was from that of Korach and his followers. There, the whole argument was about positions, not interests – about who was entitled to be a leader. The result was collective tragedy.

Third, the Reubenites and Gadites then invented an option for mutual gain. If you allow us to make temporary provisions for our cattle and children, they said, we will not only fight in the army. We will be its advance guard. We will benefit, knowing that our request has been granted. The nation will benefit by our willingness to take on the most demanding military task.

Fourth, there was an agreement on objective criteria. The Reubenites and Gadites would not return to the east bank of the Jordan until all the other tribes were safely settled in their territories. And so it happened, as narrated in the book of Joshua:

Then Joshua summoned the Reubenites, the Gadites and the half-tribe of Manasseh and said to them, "You have done all that Moses the servant of the Lord commanded, and you have obeyed me in everything I commanded. For a long time now—to this very day—you have not deserted your fellow Israelites but have carried out the mission the Lord your God gave you. Now that the Lord your God has given them rest as he promised, return to your homes in the land that Moses the servant of the Lord gave you on the other side of the Jordan. (Joshua 22: 1-4)

This was, in short, a model negotiation, a sign of hope after the many destructive conflicts in the book of Bamidbar, as well as a standing alternative to the many later conflicts in Jewish history that had such appalling outcomes.

[1] Baba Kama 20b.
[2] Roger Fisher and William Ury, Getting to Yes: Negotiating Agreement Without Giving In, Random House Business, 2011.
Posted by Rabbi Yehuda Lave at 4:00 PM