PLAYING WITH THE MOON and Gandhi

One of the greatest Sages of the 20th century, the Chafetz Chaim, writes: "Torah prohibits us from endangering our health. We must be more stringent in these matters than other prohibitions." (see Mishnah Berurah 472:11)

Lack of happiness is dangerous to one's health. A wide range of psychosomatic diseases are caused by emotions like sadness, worry, envy, anger, and anxiety The connection between our emotional and physical health is an idea that is gaining in popularity. The Torah has known this for centuries. As Rabbeinu Yonah (17th century) says in his commentary to Proverbs 17:22: "Happiness will heal a person from illness." 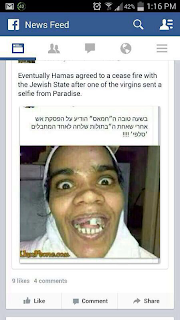 It is said that when Gandhi was studying law at the University College of London, there was a professor, whose last name was Peters, who felt animosity for Gandhi, and because Gandhi never lowered his head towards him, their "arguments" were very common.
As a result of the above, it is said that the below exchanges took place:
One day, Mr. Peters was having lunch at the dining room of the University and Gandhi came along with his tray and sat next to the professor. The professor, in his arrogance, said, "Mr Gandhi: you do not understand ... a pig and a bird do not sit together to eat … " to which Gandhi replies, "You do not worry professor, I'll fly away …" and he went and sat at another table.
Mr. Peters, green of rage, decides to take revenge on the next test, but Gandhi responds brilliantly to all questions. Then, Mr. Peters asked him the following question, "Mr Gandhi, if you are walking down the street and find a package, and within it there is a bag of wisdom and another bag with a lot of money; which one will you take?"
Without hesitating, Gandhi responded, "the one with the money, of course".
Mr. Peters, smiling, said, "I, in your place, would have taken the wisdom, don't you think?"
"Each one takes what one doesn't have", responded Gandhi indifferently.
Mr. Peters, already hysteric, writes on Gandhi's exam sheet the word "idiot" and gives it to Gandhi. A few minutes later, Gandhi goes to the professor and says, "Mr. Peters, you signed the sheet, but you did not give me the grade."