Extraordinary Photos -and your own pet singing birds

Everything is for the Good

Do not worry about possible misfortunes, since ultimately everything the Almighty does is for our good. If you can believe this as the rockets fall then you have nothing to fear. Something good, like the end of Hamas might come out of this.

Click on  the birds and they will sing
http://www.dnr.state.mn.us/nature/birds/bird_songs_interactive.html
Speaking of birds, here are unique New Gunia rain birds for you enjoyment.

If you haven't seen this before get ready for a real treat. We have all seen many beautiful and amazing photographs, but this has some unbelievable ones that seem to defy nature itself. Hope you enjoy. It is worth the few minutes it takes to look at them. 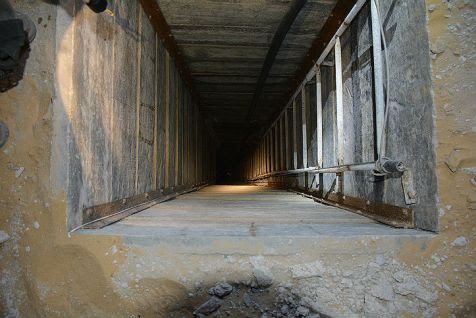 JERUSALEM – Hamas had been preparing a murderous massive assault on Israeli civilian targets during the upcoming Jewish New Year holiday, Rosh Hashanah – according to anonymous sources in the Israeli security services cited by the Israeli daily Maariv.

Hamas had been planning a surprise attack where 200 fighters would have been dispatched through the dozens of tunnels dug by Hamas under the border from Gaza to Israel. The terror organization aimed to seize kibbutzim and other communities while killing and kidnapping Israeli civilians. In total, thousands of Hamas terrorists would have been swarming across Israel, wearing IDF uniforms, which would have further complicated an Israeli response. Reports further indicate that Hezbollah may have planned to join the attack as well, opening another front in the north.

The source stressed that the current unplanned war with Hamas inadvertently thwarted a catastrophic event on an apocalyptic magnitude such as the Yom Kippur War, which would have 'brought the State of Israel to its knees.' The destruction of these tunnels takes away from Hamas a strategic weapon it has been working on and investing in heavily for years according to the source.

Each tunnel has arteries, veins, offshoots as well as offshoots of offshoots designed in intricate and complex arrangements. As one Israeli spokesman said, "There are two Gazas, one above ground and one below ground: an underground terrorist city."

Speaking to the CBC, a senior Israeli defense official said the Israeli military had considerable prior knowledge of Hamas weaponry and tunnels, but was still "surprised" by the extent of both when the current ground operation began. He added that the network had not been detected by aerial surveillance, because Hamas had solved the most obvious problem: how to hide the piles of sand removed from the tunnels. This, he said, was painstakingly taken away, a few bags at a time, and stored out of sight in buildings and underneath greenhouses.

The official said Hamas had diverted huge quantities of cement, imported for civilian construction, into the building of concrete-block walls and roofs for the tunnels. As an example, he cited a 1.7-kilometer tunnel discovered in February 2013 that Israeli engineers estimated would have required 500 tons of concrete – "enough to build a three-story hospital."

Israel has discovered 31 tunnels so far, and has destroyed several of them by employing bulldozers, explosive and other methods. IDF excavation of the tunnels has resulted in the seizure of tons of Hamas supplies, as well as the discovery of plans for future operations.

Israeli soldiers have already frustrated several surprise assaults by Hamas through tunnels from Gaza into southern Israel. On July 21, ten Hamas terrorists emerged from a tunnel. They were immediately spotted and eliminated, but the clash cost the lives of two IDF soldiers.

Speaking with Tazpit News Agency, Minister Ya'acov Perry, a member of the Israeli Security Cabinet, commended the IDF for its outstanding achievements. "The IDF is working to uncover a network of underground tunnels that could have created unbearable terrorist attacks," he said.

He further commended the IDF's prior intelligence, which enabled these achievements. "I am sure that Israeli technology, which has provided us with the Iron Dome, will provide us with a solution for the terror tunnels as well." He said various solutions were currently being examined. He further stressed that military capabilities and technological advantages were not enough. A comprehensive reality – changing diplomatic solution must be presented as well.

Writing for Gatestone, Lawrence Franklin says that the construction of network of tunnels used hundreds of tons of concrete that might otherwise have been used by the Palestinians for building homes, shopping malls, parks, schools, hospitals and libraries.

or http://www.yehudalave.com/
Posted by Rabbi Yehuda Lave at 3:38 PM