Joy in the Face of Death

The Talmud (Brachot 31) relates that at the wedding of Mar, the son of Ravina, the Sages asked Rav Hamnuna to sing a song. This is what he sang: "Woe to us that we die! Woe to us that we die!"
Since we have an obligation to rejoice with the bride and groom at a wedding, how was it proper for Rav Hamnuna to say something that would cause sadness?
When you are able to recall death and nevertheless rejoice, this is true joy. This is possible when one is committed to serving the eternal God. But if someone needs to forget death in order to rejoice, the joy is incomplete.
Love Yehuda Lave

Including you don't need to be Jewish to get to Heaven.


1. We are meant to savor the pleasures of the world:

The Jerusalem Talmud says that God will take us to task for not partaking in permissible pleasures of this world (Kiddushin, 4:12). God didn't put the delights of this world here to tease us. Enjoy that hot fudge sundae, but do it mindfully, like a connoisseur, savoring each mouthful. That way you're controlling the physical and it's not controlling you.
Towards the end of his life, Rabbi Samson Raphael Hirsh, the great 19th century German rabbi, asked his students to accompany him to the Swiss Alps. He wanted to make sure that when he goes to the Next World and appears before the Creator and He asks, "Samson did you see My magnificent Alps?" he'd be able to answer in the affirmative.
It is not a Jewish ideal to divorce oneself from the material world. In fact, holiness can be attained only by properly using the physical world. Think of all the Hebrew words related to kedusha, holiness: kiddushin (marriage) that brings a man and woman together, Kiddush over wine, Shabbat Kodesh, the holy Sabbath when it is a mitzvah to eat delicious food and sleep a little extra. They all center around physical activities because according to Judaism, holiness comes through elevating the physical, not denying it.


2. Judaism believes in Heaven and Hell:

But probably not the version you're imagining.
The Afterlife is an expression of the relationship to God and spirituality that we have nurtured and developed in this world. The way one experiences the Afterlife is totally dependent upon his preparation beforehand. Each choice in this world shapes who we are and creates either connection or disconnection to the Next World.
Imagine two people listening to a concert. One of them studied music composition, read about the composer and is highly attuned to all the details involved in creating this symphony. For him the concert is a rich and deeply fulfilling experience. The other person was dragged along and hates classical music. For him the concert is boring, even painful.
One concert, two very different kinds of experiences.
Our essence does not undergo a major transformation when we leave this world. It's just the opposite. Our essence is fully expressed in the Next World. The pain of disconnection and the acute awareness of what we could have been if we would have chosen differently is the Jewish view of Hell.

Contrary to popular belief, a non-Jew can be spiritually fulfilled and even merit a place in the Next World. The obligation to observe the mitzvot of the Torah is upon Jews only. The Torah proscribes seven commandments for non-Jews  and Maimonides states, "Whoever among the Nations fulfills the seven commandments to serve God belongs to the righteous among the nations, and has his share in the World to Come."


4. Jewish beliefs have a rational basis.

The first mitzvah of the Ten Commandments is to know there is a God.
Some religions demand a blind leap of faith – assume something is true because emotionally you wish it to be true. The Torah commands us to build a rational basis of belief. Believe in God because you have enough compelling arguments that lead you to conclude that God actually exists. Use your mind, not your heart.
You may have questions and doubts, you may never reach 100% knowledge, the mitzvah "to know there is a God" is telling us don't be complacent with your belief. Confront your questions, gain clarity and strengthen your basis of belief by getting more information and facts. Know there is a God; don't just blindly assume it.

Living a healthy spiritual life requires living a healthy, robust physical life as well. Maimonides, the great philosopher and physician, wrote in the Mishne Torah, "Since maintaining a healthy and sound body is among the ways of God – for it is impossible to have any understanding and knowledge of the Creator when one is sick, it is a person's duty to avoid whatever is injurious to the body and to cultivate habits that promote health and vigor" (Laws of Character Traits, 4:1).
He is also a strong proponent of exercise: "As long as one exercises, exerts himself greatly, does not eat to the point of satiation… he will not suffer sickness and he will grow in strength… Whoever is idle and does not exercise…even if he eats the proper foods… he will be full of pain for all his days and his strength will fade away" (ibid, 4:14,15).
So put down the leftover cholent and go for a run. Your body will thank you. And so will your soul.
Charles Krauthammer on moral equivalency
http://www.washingtonpost.com/opinions/charles-krauthammer-moral-clarity-in-gaza/2014/07/17/0adabe0c-0de4-11e4-8c9a-923ecc0c7d23_story.html


No one can beat God. 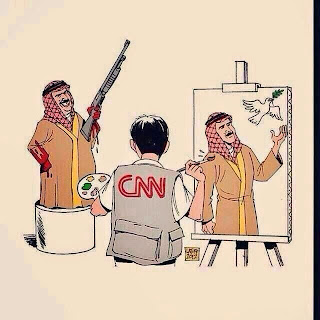 The roll your Mercedes video is too big for the blog..Write me if you want to see it.