Give It Your All

As you contemplate this question, you will experience its amazing power. Because eventually we will be faced with that actual last opportunity. And we never know when it will be.

The Flag of Israel with the Temple Mount in the distance

Today we celebrate and commemorate the liberation of our eternal capital, Jerusalem. Yerushalayim always in our hearts and prayers as a Nation. The miracle of the liberation of Jerusalem now 48 years ago is followed by the next day and the miracle of the liberation of the City of our Forefathers, Hevron. As we read in the Psalms the prayers of King David , 126 "A Ma"alot Poem. When the L-rd brought back the captivity of Zion. we were like men in a dream. Then was our mouth filled with laughter, and our tongue with singing: then they said among the nations, The L-rd has done great things for us; we are glad. Bring back our captivity, O L-rd, like the streams in the Negev. They who sow in tears shall reap in joy. He who goes weeping on his way, bearing a bag of seed, shall come back with a joyful shout, carrying his sheaves."

We have witnessed the miracles of the liberation of Yerushalayim, Hevron, Gush Etzion, Kever Rachel , Shechem -all inseparable parts of our heritage and our history as a Nation.

Especially now it is literally heartbreaking that instead of insuring our heritage by truly liberating these parts of our hearts, history and heritage we see how the Israeli government does not protect them.

The Temple Mount -can a Jew pray there in the places where even Rav Goren z"l allowed prayer? Can a Jew even go up and freely move around up there? Shechem and the Tomb of Joseph- only periodically in the middle of the night can we Jews go in. Kever Rachel B"H we can go freely and pray as we can at the Kotel- the Western Wall. Hevron? B"H we are present there and are able most of the year to pray at the Cave of Machpela – at least inside of most of it. We are able to go to the archeological digs at Tel Dromedary and see the actual steps and walls from the time of Avraham our Father- 4,500 years ago. There is yet another dig in progress which also reveals our history and for this, and for the fact that we are living in Hevron, we are grateful.

But this is not enough! Yes we celebrate the liberation of Jerusalem and are eternally grateful, but hardly is it mentioned aside from we, who are closely tied and are blessed to be there, work there, live there and pray there.

How painful is this that instead of making it a point to remind our Nation and indeed the world of these miracles, and instead of ensuring and protecting our eternal right to be free to go and live, and pray there, the governments of Israel have allowed it to become dangerous and taken away our right of freedom of worship, and our safety in the heartland of our Nation.

Despite this, we will celebrate and thank the L-rd for our blessings and are determined to truly liberate our Holy sites no matter how difficult or long it takes. Chag sameach to all of Am Yisrael. And as it is written in the Bible that we, combat soldiers receive at the Kotel along with our rifles:

"Soldiers of the Israeli Defense Forces

This Book of Books is the source of life and the inspiration, and it is the pillar of flame that goes before the camp………."Go in your strength and save Israel" (Judges )"

All of Am Yisrael have the same obligation and privilege to fight for our eternal right to fulfill these commandments. May we finally celebrate the true liberation of our Land and live in safety honoring the L-rd of Israel. amen

About the Author: Yehudit Tayar was born in Chicago Illinois and served as a councilor in Bnei Akiva Youth Organization. She has lived with her family in Bet Horon in the Benjamin Region for over 30 years, serves as an emergency first response medic, on the Board of Directors of Hatzalah Yehudah and Shomron,and is a spokesperson for the Jewish pioneers in Yesha. Married to Ami, mother of four children, and grandmother 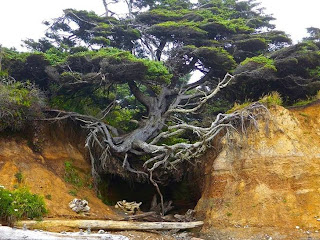 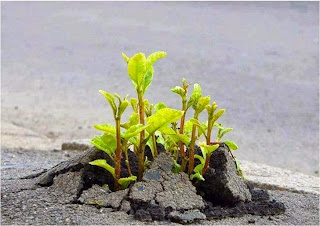 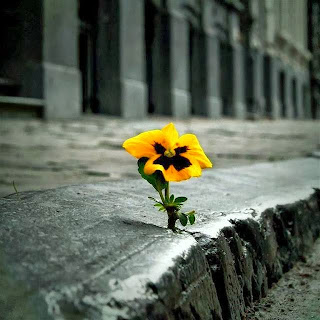 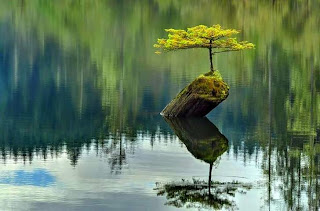 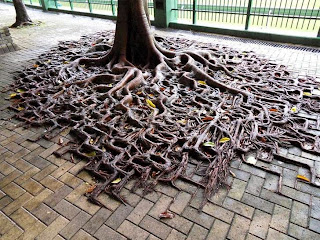 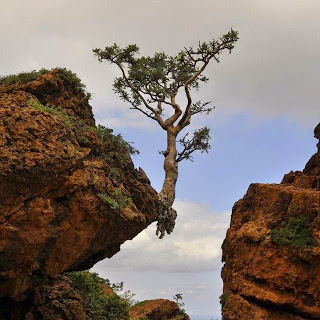 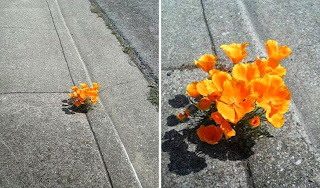 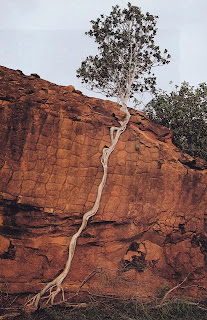 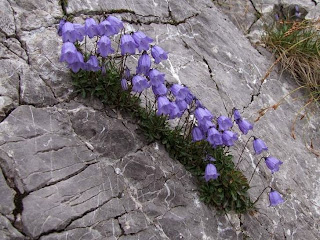 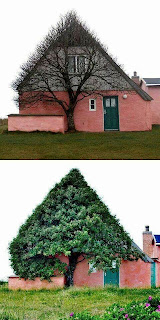 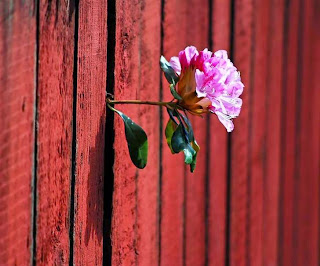 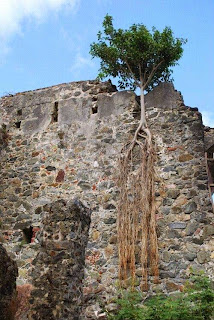 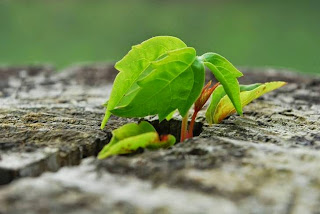 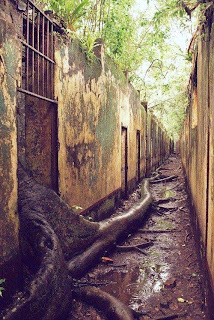 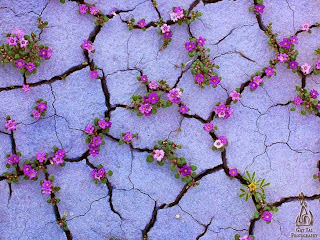 " For the Lord, your God, goes along in the midst of your camp, to rescue you and to deliver your enemies before you…" (Deuteronomy 23:15)
Every year, on the 28th day of the Hebrew month of Iyar (this year it falls out on Sunday the 17th of May), the Jewish People celebrate an incredible victory over the Egyptian, Syrian and Jordanian armies during the Six Day War. Yet the real celebration concerns something far greater than merely a military victory which enabled the tiny Jewish State to continue to survive… After a war in which Israel, which had been completely outnumbered, thrashed all three armies in a glorious triumph over its enemies in six days, it had, unknowingly, gained control over the Jewish holy sites to which it had lost access in the independence war in 1948.
Without actually realizing what had happened, the Jewish People had returned to its ancient, sacred sites. They had returned to the Old City of Jerusalem, wherein lies the Temple Mount and its supporting Western Wall. They reentered Hebron, the burial place of the forefathers and foremothers Abraham and Sara, Isaac and Rebecca, and Jacob and Leah. They were able to access and pray once again at Rachel's Tomb in Bethlehem and at her son Joseph's tomb in Shechem (Nablus). They rediscovered the ancient ruins of the city of Shiloh where the Tabernacle had stood for 400 years and the ancient city of Bet El where Jacob had dreamed of angels descending and ascending a ladder to the heavens. They returned to the ancient city of Gamla in the Golan where a coin had been minted two thousand years previously, reading: "To the Redemption of Jerusalem". They discovered an ancient town in the Katzrin in the Golan where the Synagogue and its floor mosaic dates back to the second Temple period. The Land of Israel had reacquired its soul; its spiritual roots.
The Jewish People had dreamed for thousands of years to return to the Promised Land, the land of its ancestors. The land they had received and defended in 1948 had been bereft of many important signs and evidence of their glorious and age-old history. For 19 years, after Jordan had expelled the Jewish inhabitants of the old city of Jerusalem, the Jews of Jerusalem had walked, on the Festival of Weeks, to the closest point where they could catch a glimpse of the Temple Mount from a distance. The longing was great. Not one of those gazers had dreamed that within less than two decades, that site would once again be accessible. They had never thought that once again Jews would pray for the reconstruction of the Temple at the Western Wall.
The Muslim world demands that ancient Jewish holy sites be given over to the Palestinian Authority. Thus, Jerusalem Day, or perhaps "Jerusalem, Hebron, Shechem, Gamla, Bethlehem day" has become controversial. Many Israelis really believe that these areas "belong" to the Muslims and must be "returned". But God had other plans in 1967, and Divine intervention is the trademark of the Jewish People.
This year, on the eve of the 28th of Iyar, religious Jews throughout the country will gather in synagogues to thank God for returning the spirit and soul of the Land of Israel. They will recite the Thanksgiving Prayer as well as chapter 107 of Psalms:
"Give thanks to the Lord because He is good, for His kindness is eternal.
…He makes a desert into a pool of water, and a wasteland into springs of water…And He settles the hungry there, and they establish an inhabited city….The upright see and rejoice, and all injustice shuts its mouth.
He who is wise will keep these in mind, and they will ponder the kind deeds of the Lord."