whom to marry and the Check Republic and Nachalot

Trust in the Almighty


Trust in the Almighty calms a person from fears and worries. A person who lives with trust in God is aware there are no accidents. He knows whatever happens to him is purposeful.

Trust in God does not mean we must assume that "everything will be all right." We have no way of knowing in advance exactly how events will turn out. Rather, trust in God means that whatever occurs is for our ultimate good, and we have the ability to withstand any tests.

Speaking pious sentiments of trust in God is not sufficient. A person has to actually feel this trust for it to actually effect on his emotions.

The Hannasi Shul takes a little Tiul to Nachalot with our fearless leader Moshe in charge:

The year is 2020 and the United States has elected  the first woman as well is the first Jewish president, Susan Goldstein. She  calls up her mother a few weeks after Election Day and says, "So, Mom, I  assume you'll be coming to my inauguration?"

"I don't think so. It's a ten hour drive, your father isn't as young as he used to be, and my arthritis is acting up  again."

"Don't worry about it Mom, I'll send Air  Force One to pick you up and take you home.. And a limousine will pick you  up at your door."

"I don't know. Everybody will be so  fancy-schmantzy, what on earth would I wear?"

Susan replies, "I'll make sure you have a  wonderful gown custom-made by the best designer in New York ."

"Honey," Mom complains, "you know I can't  eat those rich foods you and your friends like to eat."

The President-to-be responds, "Don't worry Mom. The entire affair is going to  be handled by the best caterer in New York; kosher all the way.  Mom, I really want you to come."

The  Senator whispers back, "Yes, I do."

Mom says proudly, "Her brother is a doctor."

Giuseppe excitedly tells his mother he's fallen in love and that he is going to get married. He says, "Just for fun, Mama,  I'm going to bring over three women and you try and guess which one I'm  going to marry." The mother agrees.

The next day, he brings three beautiful  women into the house, sits them down on the couch & they chat for a  while. He then says, "Okay, Mama, guess which one I'm going to  marry?"

Mama says immediately, "The one on the  right."

"That's amazing, Mama. You're right. How did you know?"


HOW DO YOU DECIDE WHOM TO MARRY? 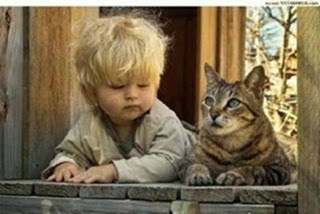 -No person really decides before they grow up who they're going to marry. God decides it all way before, and you get to find out later who you're stuck with.
--  Kristen, age 10


2.  WHAT IS  THE RIGHT AGE TO GET  MARRIED?
Twenty-three is the best age because you know the person FOREVER by then.
--   Camille, age 10


3.  HOW CAN A STRANGER TELL IF TWO PEOPLE ARE MARRIED?
You might have to guess, based on whether they seem to be yelling at the same kids.
--  Derrick, age 8


5.  WHAT DO MOST PEOPLE DO ON A  DATE?
-Dates are for having fun, and people should use them to get to know each other. Even boys have something to say if you listen long enough.
--  Lynnette, age 8

-On the first date, they just tell each other lies and that usually gets them interested enough to go for a second  date.
--  Martin, age 10

-The  rule goes like this: If you kiss someone, then you should marry them and have kids with them. It's the right thing to do.
-  - Howard, age 8


7.    IS IT BETTER TO BE SINGLE OR MARRIED?
It's better for girls to be single but not for boys. Boys need someone to clean up after them.
--  Anita, age 9


8.  HOW WOULD THE WORLD BE DIFFERENT IF PEOPLE DIDN'T GET MARRIED?
There sure would be a lot of kids to explain, wouldn't there?
--  Kelvin, age 8


9.  HOW WOULD YOU MAKE A MARRIAGE WORK?
Tell your wife that she looks pretty, even if she looks like a dump truck.
--  Ricky, age 10

or http://www.yehudalave.com/
Posted by Rabbi Yehuda Lave at 5:54 PM