Sadness is often the result of arrogance. When an arrogant person suffers misfortune, he says to himself, "These things should not be happening to a person like myself."

The humble person, however, calmly accepts whatever he is unable to change. Hence he is never needlessly sad.

The famous quote is

Thanks to my friend Tzvi who taught me how to blow the shofar for the upcoming Rosh Hashana holiday. The secret is all in the lips!!!

Given how it is one of his signature songs, "Jerusalem" is a natural part of any Matisyahu performance.

It would have been politically easier for Matisyahu to leave it out of his Rototom Sunsplash performance in the face of the protests unfolding right in front of him.

But he didn't. He sang for peace, and for "Jerusalem."

Here is his performance (video via Sussex Friends of Israel):

https://www.youtube.com/watch?v=yotB2tYV0rM&feature=em-subs_digest
Beautiful story, I have no idea if it is true or not.

And some will say there is no God,

try and tell  that to these elephants ...

THE  ELEPHANT'S JOURNEY TO PAY RESPECT,
BUT HOW DID THEY  KNOW? 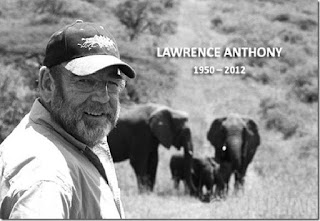 Lawrence  Anthony, a legend in  South Africa and author of 3 books
including the bestseller, The Elephant  Whisperer.

He bravely  rescued wildlife and rehabilitated elephants all over the globe
from human  atrocities, including the courageous rescue of Baghdad Zoo
animals during  US invasion in 2003.

On March 7, 2012 Lawrence Anthony died.   He is  remembered and missed
by his wife, 2 sons, 2 grandsons, and numerous  elephants.

Two  days after his passing, the wild elephants showed up at his home led
by two large  matriarchs.  Separate wild herds arrived in droves to say goodbye
to their beloved 'man-friend'.

A  total of 31 elephants had patiently walked over 112 miles to get to his  South African House. 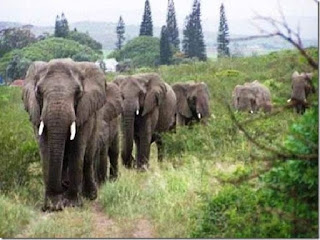 Witnessing this  spectacle, humans were obviously in awe not only because
of the  supreme intelligence and precise timing that these elephants sensed
about Lawrence's passing, but also because of the profound  memory
and emotion the beloved animals evoked in such an  organized way:

Walking slowly,  for days, making their  way in a solemn one-by-one queue
from their habitat to his  house.  Lawrence's wife, Francoise, was especially
touched, knowing that the  elephants had not been to his house prior
to that day for well over 3 years!  But yet they  knew where they were going.
The elephants obviously wanted to pay  their deep respects, honoring their
friend who'd saved  their lives - so much respect that they stayed
for 2 days 2 nights without eating anything.  Then one  morning, they left,
making their long journey  back home.

SOMETHING IN  THE UNIVERSE IS GREATER
AND DEEPER THAN  HUMAN INTELLIGENCE.

(That I know is true as I have faith in Hashem)

or http://www.yehudalave.com/
Posted by Rabbi Yehuda Lave at 8:17 PM