Steer Clear Of Past Problems

Avoid asking irrelevant questions about the past that will be annoying to others.

If someone keeps complaining to you about the past, ask him, "What can presently be done about it? If nothing, isn't it better to focus on other things?"

If the other person persists on talking about the past, weigh the situation. At times you might be doing someone an act of kindness by listening to him.

In other circumstances you are better off ignoring statements about the past and thus teaching the other person it is not worthwhile to discuss with you something which is over and done with.

Each situation is different forcing you to think. G-d blessed me with a handicapped daughter that repeats herself hundreds of times to help her mind focus. By using the right technique at the right time,  do my best to focus her on what is good instead of focusing on what it bad.

For those that don't want to go to temple mount in person for whatever reason, here is a tourist video that shows off the mount and western wall
http://www.israelvideonetwork.com/exploring-the-temple-mount-and-the-dome-of-the-rock/?omhide=true&utm_source=MadMimi&utm_medium=email&utm_content=Why+Every+Jew+Is+Watching+This+Jimmy+Kimmel+Video&utm_campaign=20150803_m126804026_8%2F26+Today%27s+Israel+Connection%3A+Why+Every+Jew+Is+Watching+This+Jimmy+Kimmel+Video&utm_term=temple-mount_png_3F1438599653

As the vote on Iran in Congress nears, President Obama appears to be under a lot of pressure to have the accord approved, in order to secure his legacy.

After a vacation at Martha's Vineyard, President Barack Obama returns to Washington to face off with the opponents of his nuclear accord with the Islamic Republic.

Speaking to Senate Minority Leader Harry Reid, Obama reportedly described those who oppose the Iran deal as "the crazies." It appears that Senator Ted Cruz and now Donald Trump have thrown their weight to opposing the deal, so therefore according to Obama they must also be crazy. Or anyone who is concerned for the Jewish People. Hmm, I think that includes G-d!!! 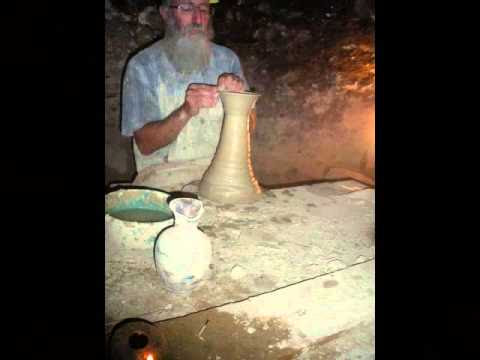 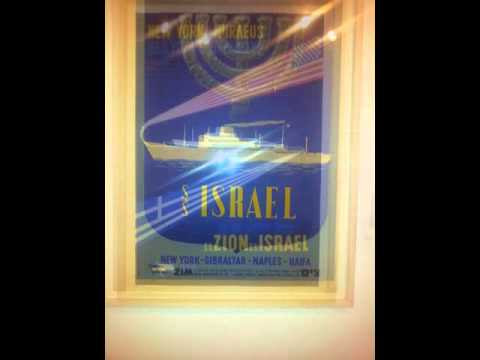 Another Brick in the Wall

Over the past few chapters we have noted a gradual shift in the topics Moshe addresses as he imparts his final lessons to the Jewish People. From an extensive polemic against idolatry, the focus shifts to the building of the Temple, and then moves on to other national institutions such as the establishment and mandate of courts, the monarchy and prophets. To a large extent, this week's parashah narrows the lens, moving to commandments of a more interpersonal or individual nature. Though Moshe touches upon many commandments, one particular topic is mentioned numerous times: marriage.1 Although much of the discussion revolves around what might be called "unconventional relationships" – the wife taken as a captive of war, polygamy and preference of one wife above the other, and more – there is one brief mention of love, marriage and happiness.

When a man takes a new bride, he shall not enter military service or be assigned to any associated duty. He must remain free for his family for one year, and rejoice with his bride. (Dvarim 24:5)

The Sefer HaHinuch, an early (anonymous) book of Mitzvot, notes that the concept of marriage is a stark, polar opposite to sexual promiscuity (that is mentioned earlier in this parashah Dvarim 23:18). The selection of one special person, as described poetically by Adam2 in the Garden of Eden, is the ideal:

A man shall therefore leave his father and mother and cling to his wife, and they shall become one flesh. (Bereishit 2:24)

One man, one woman; this a relationship of exclusivity.

In a sense, the nature of marriage mirrors the relationship outlined earlier in Dvarim regarding the Beit Hamikdash. We are told to serve God in one chosen, special place:

Do away with all the places where the nations whom you are driving out worship their gods, [whether they are] on the high mountains, on the hills, or under any luxuriant tree…You may not worship the Almighty God in such a manner. This you may do only on the site that the Almighty God will choose from among all your tribes, as a place established in His name. It is there that you shall go to seek His presence. (Devarim 12:2-5)

While the idolaters worshiped under every tree and upon every hill and high place, the Jews were commanded to worship God exclusively in one centralized place - a place later identified as Jerusalem. We might say that the difference between the Jewish approach to worship and the idolatrous approach is the difference between a "one night stand" and a marriage, between promiscuity and the union of two people joined in holiness. Idolatry, particularly regarding the element of immediate gratification, is spiritual promiscuity.

When a bride and groom rejoice in one another, their happiness stems in no small part from the joy of exclusivity, from the knowledge that their chosen partner is the only person with whom they will share the holiness of marriage and sexual intimacy. This is happiness born of holiness. In this context, the Talmud teaches us that not only is it incumbent upon the husband to bring joy and happiness to his spouse, but all those who attend the wedding are commanded to bring happiness to the new couple. In fact, the Talmud (Talmud Bavli Brachot 6b) goes so far as to say that whoever successfully brings joy to the bride and groom, is considered to have rebuilt "one of the ruins of Jerusalem."

1. This essay is dedicated to the marriage of our son Yosef Dov, to Shoval Cohen.