The Most Joyful Feeling in the World

The most joyful feeling in the world is the awareness that your Father, your King, the Creator and Sustainer of the universe, is lovingly giving you the greatest gift possible: life this very moment. What a great consciousness! It's awesome.

Our soul always longs for G-d. By realizing that we are constantly connected we are able to take "the slings and arrows of outrageous fortune". Without that realization we love in depression instead of Joy.

Take a moment every few moments and appreciate what you have had in life so far and that you are still here. Now you can face the day.

After the game, the King and the pawn go into the same box.


For all those who say things like " we can't feed people without the chemicals" or other related versions of fatalistic ideas, this shows that there is still very much hope for people with vision and belief.

It is as if God has provided another wonderful little loophole for us, or should I say window to another world of possibility.

Paul Stamets is a mushroom expert that presents lectures on mushroom for medicinal purposes.  Below is a link to his article.   You can also search for Exopermaculture .

> Subject: Paul Stamets patents "universal biopesticide" that Big Ag calls "the most disruptive technology that we have ever witnessed." | Exopermaculture 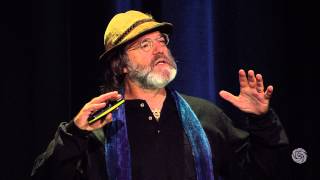 The nuclear deal with Iran's fanatical anti-Jewish regime will fuel racism on a global scale.


Barack Obama's election to the presidency represented to many Americans this country's final triumph over racism. Reversing the record of slavery and institutionalized discrimination, his victory was hailed as a redemptive moment for America and potentially for humankind. How grotesque that the president should now douse that hope by fueling racism on a global scale.

The Iranian regime is currently the world's leading exponent of anti-Jewish racism. Comparisons to Nazi Germany are always a last resort, since even with all the evidence before us it is hard to fathom the evil the Nazis perpetrated. Yet Iran's frank genocidal ambition dwarfs its predecessor's. Whereas Adolf Hitler and Reinhard Heydrich had to plot the "Final Solution" in secrecy, using euphemisms for their intended annihilation of the Jews of Europe, Iran's Supreme leader Ayatollah Ali Khamenei tweets that Israel "has no cure but to be annihilated." Iran's leaders, relishing how small Israel is, call it a "one bomb state," and until the time arrives to deliver that bomb, they sponsor anti-Israel terrorism through Hamas, Islamic Jihad and other militias.

President Obama takes some forms of racism seriously. Without waiting for a judgment to be rendered, he leaped to the defense of my Harvard colleague Henry Louis "Skip" Gates Jr., who in 2009 was involved in a confrontation with Cambridge police investigating a reported break-in at his house. In the disputed shooting of Trayvon Martin in Sanford, Fla., in 2012, the president identified with the victim of the alleged racism to the point of saying the 17-year-old "could have been my son."

Yet when it comes to the world's most widespread and ideologically driven racism, President Obama seems to have a blind spot, initiating a nuclear deal with the fanatical anti-Jewish regime in Tehran, despite what he calls Iran's "bad behavior." The euphemism this time is his, not that of the perpetrators, and it camouflages their intentions even if they won't.

Perhaps Mr. Obama is oblivious to what the scholar Robert Wistrich (who died in May) called "the longest hatred" because it has been so much a part of his world as he moved through life. Muslim Indonesia, where he lived from age 6 to 10, trails only Pakistan and Iran in its hostility to Jews. An animus against Jews and Israel was a hallmark of the Rev. Jeremiah Wright's church in Chicago that Mr. Obama attended for two decades. And before he ran for office, Mr. Obama carried the standard of the international left that invented the stigma of Zionism-as-imperialism. As a presidential candidate, Mr. Obama felt obliged to repudiate his pastor (who had famously cursed America from the pulpit), and muted his far-left credentials. Mr. Obama was voted into office by an electorate enamored of the idea that he would oppose all forms of racism. He has not met that expectation.

Some Jewish critics of Mr. Obama may be tempted to put his derelictions in a line of neglect by other presidents, but there is a difference. Thus one may argue that President Roosevelt should have bombed the approach routes to Auschwitz or allowed the Jewish-refugee ship St. Louis to dock in the U.S. during World War II, but those were at worst sins of omission. In sharpest contrast, President Obama's nuclear agreement with Iran is an act of commission. This is the first time the U.S. will have deliberately entered into a pact with a country committed to annihilating another people­a pact that doesn't even require formal repudiation of the country's genocidal aims.

As a Jew I know that the appeal to history is about as effective as the child's threat of punishment against the bully the child cannot hope to defeat. Nonetheless, Jews do "write" history, thanks to the outsize evils marshaled against them. Because the most repressive and aggressive regimes continue to organize against the Jews, the Jewish people have become the "true north" of toleration and concern for human rights. Those who defend the Jews are necessarily on the side of peace and brotherhood, those who attack them invariably on the side of evil. Depending on the outcome of the Iran deal, this outreach to an anti-Jewish regime may one day rival the blot of slavery on the American record. Israel will strive to protect its citizens, but Mr. Obama has increased the odds against them.

What of American Jews in all this? It is sometimes mistakenly assumed that those who are passionately for Israel are therefore less for America. It is just the opposite: Anti-Jewish aggression is always aimed at the self-accountable way of life that the Jews represent. "Death to the Jews!" is a call to arms against Western liberal democracies; that is why in Iran the cry is often accompanied by "Death to America!"

Americans intent on stopping Iran are not against the president but in favor of the hope he once embodied for an end to racism. They hope for respectful treatment of blacks and Jews alike. They believe that America stands for humanity's better nature.

Ms. Wisse, a former professor of Yiddish and comparative literature at Harvard, is the author of "Jews and Power" (Schocken, 2007) and "No Joke: Making Jewish Humor" (Princeton, 2013).

WINDOWS : Sorry, the password must be more than 8 characters.

WINDOWS : Sorry, the password must contain at least one upper case character.

WINDOWS : Sorry, the password cannot use more than one upper case character consecutively.

or http://www.yehudalave.com/
Posted by Rabbi Yehuda Lave at 6:45 PM