Use Your Strengths to Lift You

A person who tends to feel unhappy and discouraged should be cautious about working on humility. Such a person needs to focus on his virtues and strengths. Focusing on his faults and shortcomings is likely to destroy the small amount of joy he does have. As you can see, personality attributes are not a one size fits all type of shoe. Some people have too much humility and some not enough. There is a teaching that should go through life with a note in one pocket saying you dust, and to dust you should return. The other pocket should have the note saying, the world was created for you.  Life is a balancing act, knowing which pocket you should follow.

"The blood-red Islamic terrorist writing is on the wall: the current approach is leading to more bloodshed." 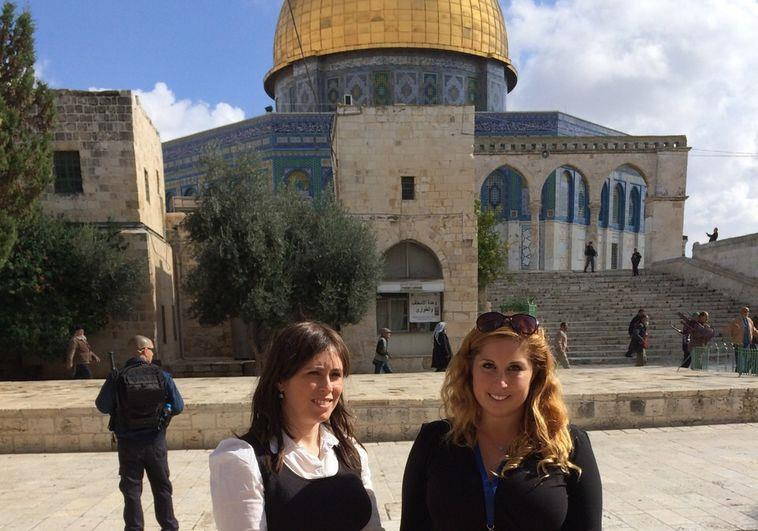 Professor Yedidia Stern in his August 9 op-ed "Should Jews pray on Temple Mount" comes to the conclusion that we should make a "calculated decision to voluntarily impose a restriction."

He bases his conclusion on three arguments.

The first – a religious one – is that "there is no doubt that those who forbid going up to the Temple Mount have greater halachic public stature than those who permit it." The second – a nationalist one – is that "if we do not think carefully and act wisely...1.6 billion Muslims fueled by religious fervor are liable to mobilize and become active participants in the Israeli-Palestinian conflict."

The last argument is a liberal one: "The right to life of countless victims is liable to be infringed if Jewish prayer on the Temple Mount triggers a holy war as it seems likely to do."

Reading this one could easily come to the conclusion that in 1948 David Ben-Gurion had no right to declare the independence of the State of Israel; there is no doubt that the rabbis who were totally against the Zionist movement had much greater halachic public stature than those who supported it. In the process of the War of Independence following the declaration of the State of Israel 6,000 Israelis were killed, together with more than 10,000 Arabs. These Israelis constituted one percent of the Israeli population at the time – which in today's numbers would be 70,000 Israeli lives. Was it worth it? I am sure the Jewish people of all generations are very much appreciative of Ben-Gurion for this step he took.

I believe that the question goes beyond whether to allow Jewish prayer on the Temple Mount. The question is whether we can allow the Temple Mount, in the center of our capital, to become a core of incitement, hate and terrorism? Every Friday and Saturday the Mount is "cleaned" of non-Muslims or any other "provocative" beings. What happens there weekly? Thousands fly Islamic State (IS) and Hamas flags, demonstrations are held supporting the Muslim Brotherhood and inflammatory, inciting and overtly anti-Semitic speeches and sermons are given.

Every Jew who visits the Mount is immediately met by harassment including screaming, cursing and thrown objects. Just last week a French non-Jewish tourist was beaten up because one of the souvenirs he was innocently holding had an Israeli flag on it. Can we continue to tolerate such a daily situation? So the major question that we must confront in dealing with the Temple Mount today – and which is very much not theoretical – is whether we can allow ourselves to surrender to terrorism and violence. Unfortunately, so far the answer the State of Israel has given is "yes" – and we have.

What has resulted from this policy? In the past year, for the first time, all terrorist attacks in Jerusalem were carried out by Jerusalemites, not residents of the so-called "territories." In front of our eyes Jerusalem is becoming the center of terrorism – and it is all coming from Temple Mount.

In the past there were fears that if we were to close down the Orient House or if we were to build the Har Homa neighborhood "1.6 billion Muslims" would join the Palestinians in a holy war against us. This turned out to be just propaganda. I returned a few weeks ago from Turkey, where I participated in an Iftar ceremony with more than a thousand Muslims members of an organization called "Islam Denounces Terrorism."

I was received with great applause. Needless to say they all supported our demand for human rights for all on Temple Mount – but they also begged me to believe that the radical, violent Muslims on Temple Mount represent only a small minority of Islam.

Finally, what is my alternative? Several months ago I brought up this issue both in the media and in the Knesset in the presence of the highest- ranking police officials and I warned that we are rapidly sliding toward bloodshed.

The reaction I received was contempt. Only two days later I personally became a victim of an assassination attempt.

I was shot point-blank with four bullets to the center of my body. Only thanks to God's many messengers including the Israeli medical system, prayers, my family and miracles am I alive today.

In the Tomb of the Patriarchs only after 30 Arabs were killed in a terrible attack did the government establish a committee, whose conclusions are implemented today and prevent daily unnecessary friction.

WHY CAN'T a committee be established before something like that happens on the Temple Mount? The blood-red Islamic terrorist writing is on the wall: the current approach is leading to more bloodshed.

What else has to happen before we wake up? No one forces Jews to go to the Temple Mount. For those that follow their rabbis' order not to go, they don't have to go. But if the heart of Israel is cut out, the body cannot live long. We need to allow Jews the right to pray on the Temple Mount and to visit with safety and security.

The author, a rabbi, has an MA in Jewish History from Touro College, is chairman of The Temple Mount Heritage Foundation and director of the HaLiba Initiative for Jewish Freedom on Temple Mount.

WHEN YOU THOUGHT I WASN'T LOOKING

When you thought I wasn't looking,
I saw you hang my first painting on the refrigerator,
and I wanted to paint another one.

When you thought I wasn't looking,
I saw you feed a stray cat,
and I thought it was good to be kind to animals.

When you thought I wasn't looking,
I saw you make my favorite cake just for me,
and I knew that little things are special things.

When you thought I wasn't looking,
I heard you say a prayer,
and I believed there is a God I could always talk to.

When you thought I wasn't looking,
I felt you kiss me good night,
and I felt loved.

When you thought I wasn't looking,
I saw tears come from your eyes,
and I learned that sometimes things hurt,
but it's all right to cry.

When you thought I wasn't looking,
I saw that you cared,
and I wanted to be everything that I could be.

The freezing needles that turn prostate cancer into ice cubes

Doctors hope the highly accurate technique may help spare more patients from risks associated with full surgical excision of the gland – such as incontinence and erectile dysfunction.

or http://www.yehudalave.com/
Posted by Rabbi Yehuda Lave at 10:44 AM