Torah Codes that show the Messiah is coming now and Growing old gracefully .

Learn from your Spouse's Response

Recall times in the past when you brought out the best in your spouse. How did you talk then? What did you do? Learning from what has already worked well, will enable you to more likely replicate similar patterns now and in the future.

A happy wife is a happy life.

See below for a beautiful slide show on growing old

Here is our Shomron Wine tour throughout the Shomron

https://www.youtube.com/watch?v=H7MxvPNPVlk&feature=em-subs_digest-vrecs
Of course if it doesn't happen, they will be selling new books next year that will claim it is the following year (that's business!) 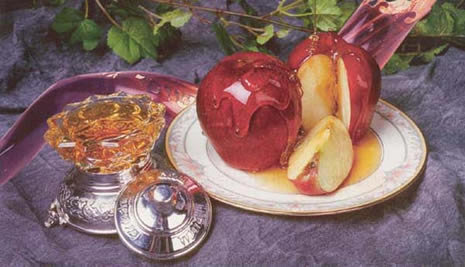 Raging Rudy Giuliani Destroys Obama's Policies on Islamism and Iran, Part 1 of 2
Dolphin Show Spectacular
https://www.youtube.com/watch?v=pRFq7K4vCSk&feature=em-share_video_user
A must see video of the PM of France denouncing anti-Antisemitism.
this 5 minute clip of the French Prime Minister speaking to Parliament is an absolute must see. I hope that with time his powerful voice becomes a chorus. Â
https://www.youtube.com/watch?v=IU6xkFNfu24
23 things you will only see in Israel
http://www.israelvideonetwork.com/list/23-things-you-will-only-see-in-israel/?omhide=true&utm_source=MadMimi&utm_medium=email&utm_content=Top+Weekly%3A+23+Things+You+Will+Only+See+in+Israel+and+MORE!&utm_campaign=20150212_m124386312_2%2F5+WEEKLY+Top+Weekly%3A+23+Things+You+Will+Only+See+in+Israel+and+MORE!&utm_term=23+Things+You+Will+Only+See+in+Israel

This is from my friend Victor Sharp:

Too many fellow Jews rushed to condemn alleged "Jewish terrorism" when it is more than likely it never was.

I had written that there were suspicious circumstances surrounding the fire when the first reports came out of the arson in the Arab settlement of Duma.

Firstly, there are strong indications of an existing blood feud continuing within the Arab settlement.

Secondly, Arabs often commit violence against each other and then purport to blame what they call, Jewish "settlers" for being responsible.

Thirdly, there were indications that the Hebrew words scrawled on the wall of the burned Arab house revealed it was likely written by someone whose native language was Arabic.

Fourthly, despite exhaustive investigations by Israeli police, there have been no arrests of the culprits.

Sadly, too many well-meaning Jews and Israelis have rushed to condemn the attack and have submitted letters to the press condemning alleged terrorism by Jews as well as confirmed terror by Arabs.

But in doing so, they have unfortunately made a moral equivalence between massive and proven terror by Muslim Arabs and – in the vast majority of cases – no proven Jewish terrorism whatsoever. Problem is that mud sticks!

We know that the so-called Palestinian Authority hails the barbaric acts committed by their fellow Arabs and pays them and their families hefty pensions with money extorted from U.S. and EU taxpayers.

In future, it would be best to wait before rushing to judgment and in most cases causing self-inflicted harm to the brave and embattled deeply patriotic Jewish community within Judea and Samaria – those whom a hostile world characterize with the pejorative word, "settlers."

Remember, the native Jewish people cannot be called settlers in their very own ancestral and biblical homeland.

'Settler Arson' Turns Out to be Electrical Short-Circuit

Three weeks after deadly arson in Duma killed Mamun Dawabshe and his son, another fire breaks out at home of relative.

Just one month after a deadly arson killed two members of the Dawabshe family, another house in the Arab village of Duma was gutted in a fire Monday morning.

In an odd twist, that house is also owned by members of the extended Dawabshe family.

Reports of the fire first surfaced on Hamas-linked media outlets, which rushed to blame "Jewish settlers" for "attacking the house" and setting it on fire.

However Israeli security sources claimed it was more likely an internal dispute in the village.

After an initial investigation, Palestinian Authority police said the cause was an electrical short-circuit.

or http://www.yehudalave.com/
Posted by Rabbi Yehuda Lave at 1:31 PM