Insults from the past and where are our heroes? And Yaalon signs order declaring terrorists illegal (wow) 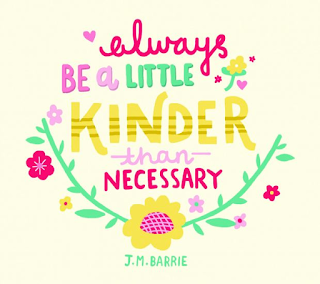 Here is a powerful tool that will help you cope with even the most difficult situations:

Mentally picture yourself coming across difficult life tests - and then see yourself coping well with them. Repeat this over and over again in your mind...

Today, think of a specific life test that you can apply this to.

If we stop believing in heroes there's no hope for us ever to become like them.

Atticus Finch is a racist.

That's what we now learn from Harper Lee's just released prequel to her Pulitzer prize-winning novel To Kill a Mockingbird. Already breaking all sales records for a newly released book 54 years after Harper Lee introduced us to Atticus in a classic that became one of the best-selling books ever published, we now are shattered to learn that the hero who captured our hearts never truly deserved our respect and admiration.

Go Set a Watchman reveals that the courageous lawyer portrayed by Gregory Peck in the famous film based on the novel wasn't really a civil rights champion after all. He too was tainted by the prejudices of his world and the bigotry of his society.

For more than half a century, students in schools across the country read the story of Atticus Finch and his courageous courtroom battle. They were introduced to idealism, to heroism, to fearless bravery in order to uphold a personal sense of ethical morality. And the story served its purpose well. It was inspiring. By personal account, it motivated countless youngsters to identify with pursuing principled values against unjust societal norms. Yes, we taught our children, life has its heroes who challenge us to emulate them.

But today's youth are confronted with the countless examples of fallen heroes for whom Atticus Finch may well represent a perfect paradigm.

Greek tragedy was predicated on the fall of the truly mighty and powerful. Today's fallen idols fell from lower platforms of fame and public adoration, but the results are no less devastating.

Who can forget how Bill Cosby parlayed Cliff Huxtable into the ideal father all Americans wished they had – and then turned his ostensible moral code into the widely successful book Fatherhood. Bill Cosby was honored with the Presidential Medal Of Freedom. A generation looked up to him. Today his reputation as a reputed rapist has turned him into a pariah.

Remember how long Lance Armstrong was worshiped for his unequaled athletic prowess until, after years of denial on his part, we learned of his illegal drug use and cheating. Sammy Sosa and Mark McGwire broke baseball records, until we found out they could only do it by breaking the law. Heroes all – until they weren't any longer.

Politicians are discovered to have served their personal desire for wealth far more than their constituents and jailed for corruption. Corporations have knowingly kept dangerous products on the market in order to increase their profits. And alas, even spiritual leaders have been found to be guilty of crimes totally contrary to their supposedly religious beliefs.

Indeed, there have always been fallen angels. What makes today different is the power of the media, the Internet, the blogs and websites to publicize these failings to a degree never known before. And perhaps the greatest tragedy is that fallen heroes have become the supposed new norm. They are no longer seen by today's generation as aberrations; they are merely illustrations of reality.

We need to remember the world is still filled with heroes in spite of its villains.

Speak to young people and they will tell you that almost everyone is a fraud. Heroes don't really exist. They are just phonies waiting to be uncovered. Lawyers are liars, businessmen are thieves, politicians are crooks and clergy are bogus.

We have fallen for the idea that there are no heroes. In his first inaugural address, Ronald Reagan put it well when he famously said, "Those who say that we're in a time when there are no heroes, they just don't know where to look."

We need to desperately replace our fascination with humanity's flaws with the recognition of everyday acts of human greatness. They appear all around us every moment of every day. They are made clear by the sacrifices of parents, the goodness of friends, the kindness of strangers, the strength of character, the nobility and the courage of so many of those with whom we interact all the days of our lives.

We need to remember the world is still filled with heroes in spite of its villains. Because if we stop believing in heroes there's no hope for us ever to become like them.

My friend hates to exercise, which means the treadmill in her bedroom barely gets used. Nevertheless, she swears by it.

"It really works," she told me. "I throw my jeans over it and they get smaller."

The 'Murabitun' and 'Murabitat' who harass Jews are illegal organizations, according to a newly signed order.
By Ido Ben Porat
First Publish: 9/9/2015, 2:02 PM

Defense Minister Moshe Yaalon signed an order Wednesday declaring the groups of Islamists who regularly harass Jews on the Temple Mount – the male "Murabitun" and female "Murabitat" – as illegal organizations.

The activists regularly riot on the Mount, curse, shout, and throw various objects at the Jews who ascend the Mount, and sometimes attack police as well.

Yaalon signed the order upon the recommendation of the Israel Security Agency and the Israel Police, after he became convinced that it was necessary for preserving the public peace and security of the nation.

"The activity of the Murabitun and Murabitat is a central element in creating the tension and violence on the Temple Mount in particular and in Jerusalem in general," said a statement issued by Yaalon's bureau. "This is dangerous and inciting activity against tourists, visitors and worshipers at the site, that leads to violence and could cause loss of life."

The declaration was signed after it received the approval of the Attorney General, and it means that anyone participating in Murabitun/Murabitat activities, organizing or funding it, is carrying out a crime and is likely to face prosecution.

Minister of Internal Security Gilad Erdan (Likud) sent Ya'alon letter last month, asking him to urgently declare the Arab organizations that create mayhem on the Temple Mount as illegal, so that security forces will have a freer hand against the rioters.

Erdan had been carrying out behind-the-scenes staff work, together with police, the Israel Security Agency (ISA, or Shin Bet), the State Attorney's Office and even the Attorney General, who agreed to help advance the declaration.

In the discussions of the problem, Erdan was shown evidence that the Murabitun and Murabitat are directed by the northern arm of the Islamic Movement in Israel.

The purpose of their activity is to destabilize the status quo on the Temple Mount, and they have succeeded in creating escalation on the Mount, and in making the security situation there untenable.

Erdan's letter to Ya'alon was accompanied by professional opinions from the Israel Police and the ISA.

Erdan's bureau said that the aggressive and threatening behavior of the Arabs on the Temple Mount affects the compound's routine very negatively, endangers the public and makes it difficult to maintain the peace.

or http://www.yehudalave.com/
Posted by Rabbi Yehuda Lave at 1:32 PM