Some people like the Jews, and some do not.

The Quest For Joy

It is possible to talk about joy, and then feel bad for not feeling as much joy as you would wish. But this isn't necessary. You are in the process of learning the skill of experiencing more joy. You can feel good about having this as your goal.

The Almighty leads a person along the path that he wants to go.

Ask for Divine assistance in your quest for more joy. You will live a happier and healthier life. You will be able to help others be more joyful. And you will be more joyful when you pray and devote yourself to spiritual pursuits. 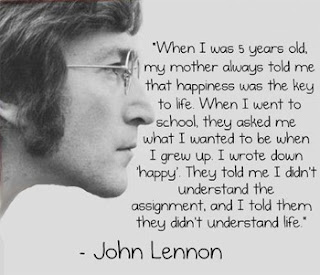 Fourth installment of my trip to the wonderful Israel Museum and its great art exhibits.
https://www.youtube.com/watch?v=KxKBpqjadQ4&feature=em-upload_owner


"Some people like the Jews, and some do not.  But no thoughtful man can deny the fact that they are, beyond any question, the most formidable and the most remarkable race which has appeared in the world."


"The preservation of the Jews is really one of the most signal and illustrious acts of divine Providence… and what but a supernatural power could have preserved them in such a manner as none other nation upon earth hath been preserved.  Nor is the providence of God less remarkable in the destruction of their enemies, than in their preservation… We see that the great empires, which in their turn subdued and oppressed the people of God, are all come to ruin… And if such hath been the fatal end of the enemies and oppressors of the Jews, let it serve as a warning to all those, who at any time or upon any occasion are for raising a clamor and persecution against them."


"What is the Jew?...What kind of unique creature is this whom all the rulers of all the nations of the world have disgraced and crushed and expelled and destroyed; persecuted, burned and drowned, and who, despite their anger and their fury, continues to live and to flourish. What is this Jew whom they have never succeeded in enticing with all the enticements in the world, whose oppressors and persecutors only suggested that he deny (and disown) his religion and cast aside the faithfulness of his ancestors?!

Leo Tolstoy, What is the Jew? printed in Jewish World periodical, 1908


"I will insist the Hebrews have [contributed] more to civilize men than any other nation. If I was an atheist and believed in blind eternal fate, I should still believe that fate had ordained the Jews to be the most essential instrument for civilizing the nations ... They are the most glorious nation that ever inhabited this Earth. The Romans and their empire were but a bubble in comparison to the Jews. They have given religion to three-quarters of the globe and have influenced the affairs of mankind more and more happily than any other nation, ancient or modern."

https://youtu.be/bKz_Y4UPPZ0
This year, Chai Elul  commemorates the second Yahrzeit of the passing of Aaron Shalom Tepfer A"H.
The organization Aaron's Way was established in his memory.
Please use this opportunity during the Y'may Haratzon to donate, and to perpetuate Aaron Shalom's legacy of Loving Kindness and generosity. Donate today at: www.aaronsway.org 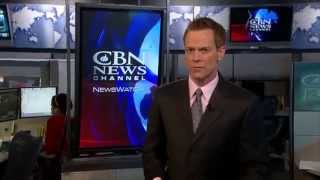 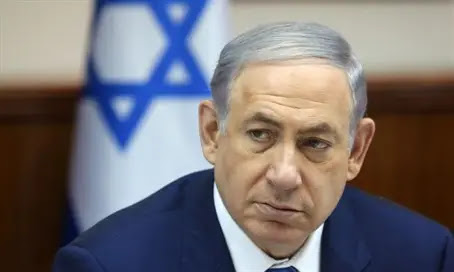 Prime Minister Binyamin Netanyahu acknowledged on Monday the surging terror wave that Israeli citizens have been subjected to in recent months and years but appeared to offer little in terms of concrete action to thwart it.

"I held a special discussion this morning with the Minister of Defense, the Minister for Internal Security and the Minister of Transportation, in order to deal with what is looking like a growing trend of terror attacks, in Jerusalem as well as Judea and Samaria," he said at the opening of the cabinet session. "We will beef up forces and increase vehicular protection to safeguard the security of the citizens of Israel."

The term "migun," which Netanyahu used, usually refers to installing rock-proof windshields in cars, and other forms of passive defense.

"The Israel Police has an important role in this, as it does in preserving law and order in general. I give full backing to the Minister for Internal Security, and his efforts to appoint the best man for the post of Israel Police Commissioner.

"Gal Hirsch is the right man in the right place," Netanyahu added, regarding the nominee for commissioner, who has come under fire from various circles. "He is an officer with values, dedicated, he has great capabilities to create changes and contribute to the strengthening of the Israel Police and the rule of law in Israel."

Jerusalem is under a full-blown massive terror onslaught – or "intifada," as Arabs call it, according to statistics compiled by the Ministry of Construction and Housing, which operates a security service in the area known as the "Old City Basin." The area includes the Old City quarters inside the city's ancient walls, as well as the Mount of Olives, the Silwan (Shiloah) neigborhood and the City of David.

The numbers for June and July indicate an average of close to ten terror attacks per day in this part of the city.

The statistics, which were published in Yediot Aharonot Wednesday, do not include terror attacks in the city's eastern villages and neighborhoods, and this means that the full numbers for Jerusalem are much worse.

In June and July, a total of 580 terror attacks were documented, against both civilians and security forces. These included 477 rock attacks, as well as 28 firebomb attacks against vehicles and homes in which Jews reside. Additional incidents involved throwing empty glass bottles, firing fireworks and damaging property.

The terror attacks in June peaked at 359, of which 213 were in the City of David sector, 125 at the Mount of Olives and the mountain ridge, and 21 in the Old City. They include 307 rock attacks, 12 firebombs, four cases of grave vandalization at the Mount of Olives, and six attacks against Jews in the Old City, five of them against civilians and one aimed at a Border Police warrior.

The total of recorded terror events was down slightly in July, at 221. They included 170 rock attacks, 16 firebombs, one grave desecration, four incidents in which Arabs threw glass bottles at Jews, and several fireworks attacks.

The Jerusalem Police said in response that its "resolute" actions against terrorism led to a decline in terror attacks in the last few months, noting that most of the attacks are carried out against security forces, because of the ongoing friction between them and lawbreakers in eastern Jerusalem
Growing Doubt: a Scientists' Experience of GMOs
by Jonathan Latham, PhD
http://www.independentsciencenews.org/health/growing-doubt-a-scientists-experience-of-gmos/
Synopsis: I am a scientist who once made and used GMO crops for research. Twenty years of experience has taught me important lessons about them. One concerns the lack of scientific integrity of GMO risk assessments. Careful study of the documents shows that applicants (mostly companies) are gaming the system in numerous ways; at the same time, government regulators are allowing them to do so. None of this would matter if GMOs were inherently safe, but they are not. They even have dangers that are rarely discussed, even by their critics, but which should be more widely known. These two understandings have led me to conclude that no GMO currently on the market would pass an honest risk assessment, even by the rather low standards that most national regulations and laws require.
Best wishes
Jonathan
Jonathan Latham, PhD
Executive Director
The Bioscience Resource Project
Ithaca, NY 14850 USA
www.independentsciencenews.org
and
www.bioscienceresource.org

Conservative talk show host will speak at rally on Capitol Hill next Wednesday, ahead of crucial vote.
By Gil Ronen
First Publish: 9/1/2015, 9:01 AM

Conservative talk show host Glenn Beck is joining 2016 presidential contenders Donald Trump and Sen. Ted Cruz (R-Texas) at a "Stop the Iran Deal Rally" at the Capitol next Wednesday (Sept. 9), according to The Hill.

The rally is being organized by the Tea Party Patriots, Center for Security Policy, and Zionist Organization of America. It will take place one day after lawmakers return from their recess and just ahead of a vote on the deal negotiated with Iran over its nuclear program.

"Glenn Beck's decision to speak on September 9th at the Stop the Iran Deal Rally underlines the momentum behind the movement to stop President Obama's nuclear deal with Iran," said Tea Party Patriots CEO and co-founder Jenny Beth Martin in a statement.

Martin said Beck's appearance would help "give voice to the millions of Americans who oppose this dangerous nuclear deal with Iran."

"Every day, more Americans are learning this deal ignores our Constitution by avoiding the treaty process and makes the world a more dangerous place by undermining both our national security and the security of our allies in the Middle East," she said.

"The Stop the Iran Deal Rally will ensure those millions of voices are heard by everyone inside the U.S. Capitol."

The Hill said that it is not clear if Beck and Trump will appear at the same time during the rally. There is tension between the two, as Beck has "disparaged Trump in recent weeks, calling him a false conservative and 'arrogant.'"

Pressure on Democratic lawmakers who have not made their positions on the deal known is building. Rabbis from around the country are planning to hand-deliver letters to the undecided Democrats, and the American Israel Public Affairs Committee (AIPAC) also plans to organize meetings with lawmakers starting next week.

Republicans are planning to introduce a resolution of disapproval of the Iran deal, which would prevent US sanctions on Iran from being lifted. To succeed, they would need the support of six Democrats in the Senate, but thus far, Sens. Charles Schumer (N.Y.) and Robert Menendez (N.J.), are the only Democrat senators who have publicly opposed the deal.

Sen. Chris Coons (D-Del.) is planning to announce his decision on the deal on Tuesday, at the University of Delaware. Sen. Ben Cardin (D-Md.), ranking member of the Foreign Relations Committee, is yet to declare his intentions.