You Become What You Think About


One of the most important and valuable concepts about our mind and thoughts is that you become what you think about.

When you consistently think about being happy and joyful in your life, you will become happier and more joyful.

When you consistently think about being calm and serene, you will become calmer and more serene.

When you consistently think about your most important goals in life and what you need to do to reach them, you will find yourself accomplishing and achieving more.

When you consistently think about being more elevated and spiritual, you will become that way.

This a Larousse French dictionary from 1939. In the appendix it lists all the then current flags of the world in alphabetical order. You'll notice that for Germany at that time the flag was the Nazi one replete with Zwastika which proves that this was pre-1945 ( before 1945) ! .

Now, alphabetically, look for the Palestinian Flag. YES , there is one. What does it look like? Surprised? Oh, but you thought (Mandate Jewish) Palestine was an Islamic Arab-,Turkish-, Circassian Sovereign State that the bad Jews took over , right?

Confused?
From 1920-1948 a ( class 'A' Mandate) State of Palestine existed as per international law but it was, as all of its major institutions, Jewish. Until the 1960s, name "Palestine" resonated as something Jewish to peoples ears. The 4,000 year old Jewish homeland or "Land of Israel" or the "Holy Land" were all synonymous!!

The British as legal Mandatory over the Mandate managed or mismanaged the state partially with Jewish Auxilary until Jews regained official sovereignty in 1948, by declaring independence.

The U.N. did not recreate Israel as some people claim.

President Trump and his national security advisers on their first visit to Saudi Arabia! 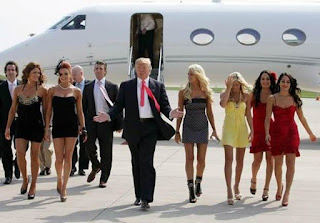 Yehuda Glick: From the brink of death, he's stronger than ever


Created by Wibbitz
Yehudah Glick, famous for his passion for the Temple Mount where two Holy Temples once stood, shares his life story, the details of the assassination attempt which he miraculously survived, his philosophy and his passion with listeners.

Tune in to hear about his Aliyah as a big-city-kid to the (then) back-waters town of Beer Sheva, his reaction when seeing the Kotel for the very first time ("What? It's NOT made of gold??"), the beginning of his activism for Temple Mount, his thoughts on his own personal security, on the views of different rabbis regarding going up to the Temple Mount, and on the status quo.

Don't miss this incredible peek into the mind and heart of a man who didn't let an assassination attempt stop him; instead it was his catapult into bringing the issue of Jewish presence and prayer on our Holiest site to front page news worldwide.

or http://www.yehudalave.com/
Posted by Rabbi Yehuda Lave at 1:43 PM