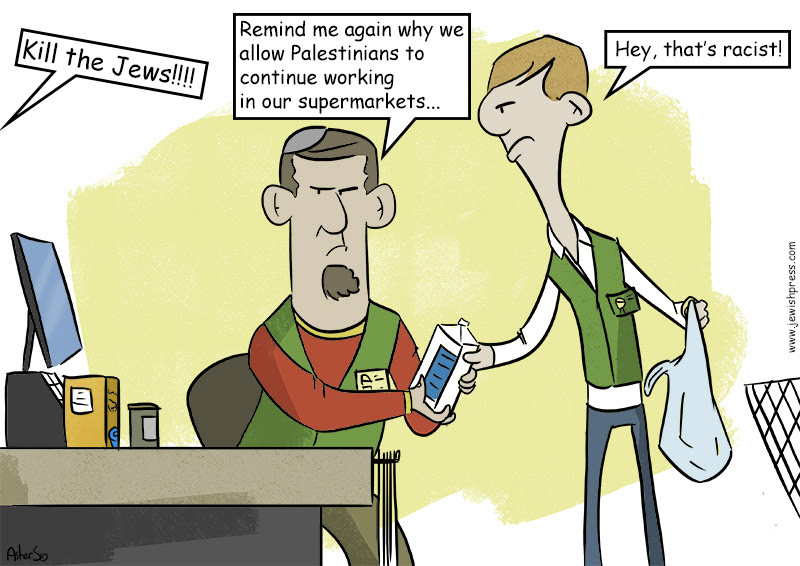 See Others As They See Themselves

Develop the habit of seeing other people as they see themselves. All anger, hatred and quarrels arise simply because a person views the situation from his own perspective, and fails to see the viewpoint of the other person.

For example, if a poor person asks someone who is wealthy for financial assistance, the wealthy person might view the request as insolence and become angry. The poor person feels insulted and perplexed. He thinks to himself, "The Almighty has given him so much, why doesn't he share what he has with me?" They separate from each other with a quarrel and mutual bad feelings. If each would try to understand the position of the other, however, even though they still might not agree, the majority of conflicts and complications that arise in interpersonal relationships could be avoided.

The next time you find yourself in a potential quarrel with another person, view the situation from his perspective also. Then step out of the picture and try to view the situation objectively as if a third party was viewing both of you. Notice the difference that this makes!

Now as I learned from my Rabbis, anything can be taken to an extreme. I can understand the fact that brainwashed anti Semites want to kill me. But that doesn't mean you have to let them or keep on taking it.

House of the Gates Bet Shearim national park.. A trip with the OU yesterday: 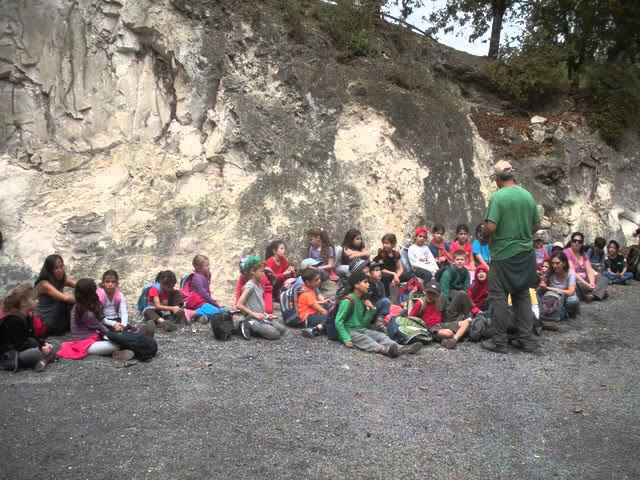 So that our sacred victims are not forgotten--the start of our current waive of terror--the massacre in the Har Nof Synagogue--One year ago: scroll down, I can't move it up

The synagogue is a place of intimate communion with God, where we strive to understand God's ultimate perfection and the meaning of our world.

Today that sanctity was desecrated as Jews – in the Holy City of Jerusalem, immersed in morning prayers, adorned in tallit and tefillin – were slaughtered in cold blood by jihadists.

The synagogue held dozens of worshipers at 7 a.m. when the terrorists struck with guns and axes.

This attack hits extremely close to home, as the synagogue attacked was where many Aish alumni and staff pray every morning.

Aish HaTorah's Director of Administration, Rabbi Daniel Schloss, was 10 seconds away from entering the building when he heard shots and saw the wounded running out.

Four murdered men, may the Almighty avenge their blood:

Rabbi Kalman Levine was born in the United States and the beloved father of 9.

Rabbi Avraham Shmuel Goldberg is the father of Ms. Libby Goldberg, who for years was a mainstay of the Aish Finance Department.

Four widows (now a year later another widow) and 24 orphans are now on one street.

We mourn this grossly horrific act of inhumanity.

Perhaps it should not surprise us that terrorists struck our holy place – given that the entire focus of this battle has become Jerusalem and the Temple Mount – the Jews' most holy site.

Forget the fact that the inaugural PLO charter from the 1960s never once mentions Jerusalem, and that it only became a jihadist hotspot once the Jews reunited the Holy City.

Jihadists now realize that Jerusalem – holy to the Jews for 2,000 years before Islam ever existed – is where the big battle is taking place.

That is why Hamas launched a public campaign against Aish HaTorah, whose rooftop panorama overlooking the Western Wall includes a scale model of the Second Holy Temple. It is this very aspect of Aish's mission – to educate people about the Jewish connection to Jerusalem – that so undercuts the Islamist's false revisionist version of history.

Anyone who doesn't recognize that jihadists are fighting a "holy war," has yet to recognize the true root of this conflict.

Israel is sitting on a Mideast powder keg. Iran is charging toward the nuclear goal line. Egypt Syria and Gaza are what Ken Abramowitz calls some of the 10 existential threats to Israel today.

Even in the wake of this horrific Har Nof synagogue massacre, official PA television showed images of Bethlehem residents handing out candy in support of the attack, and the official Fatah website praised the attack as a "heroic operation."

Living in Israel for 20 years, many red lines have been crossed:

• The incessant rockets and terror at bus stops and cafes.

• The Second Intifada, where friends were murdered by suicide bombers, and bullets whizzed by my house.

• Recent wars with Hamas and Hezbollah, which sent virtually every Israeli resident scrambling to bomb shelters.

I may have somehow "tolerated" all of that.

But today, as mass murder invades the synagogue, a red line has been crossed.

Our hearts wrench at the horror of this attack.

Our love and concern goes out to the victims and their families.

We pray for the recovery of those wounded.

And we pray that soon, our land will be blessed with peace.

What Would Rabbi Kahane Do? His assassination was the first act of Islamist terrorism on U.S. soil. Members of the terrorist cell involved in his killing were later responsible for the first World Trade Center bombing, in February 1993.

It is truly regrettable that much of what has been written or spoken about the rabbi in the years since his death – often by individuals who never actually heard any of his lectures or read any of his books – has been unfair and untrue,

Rabbi Kahane has been maligned as a lover of violence and confrontation. He has been accused of having extreme beliefs that did not comply with Jewish thought.

Nothing could be more removed from the truth.

Rabbi Kahane said that though violence is never good, it is sometimes necessary in order for Jews to protect themselves against danger or attack.

I have heard it said the rabbi was an anti-Arab racist. He did not hate Arabs. He understood their culture and its clash with the Western mindset. He said it was wrong to think their national aspirations could be exchanged for what the Israeli government proudly touted as "the highest standard of living of any Arabs throughout the Middle East." He called it patronizing. He said he understood the Arabs but was baffled by the Jews.

The rabbi grew up as a Brooklyn boy who often fought his way to and from school because he would not take off his kippah. He sometimes arrived bruised and battered, but the kippah remained on his head. He had been on the streets. He was stalwart in his convictions.

When Jewish neighborhoods changed in the 1960s, the elderly and poor were left behind to fend for themselves. Gangs and thugs delighted in attacking them. Rabbi Kahane formed the Jewish Defense League based on an ideology of love for one's fellow Jew.

The rabbi encouraged his followers to heed the Torah's words "Do not stand idly by your neighbor's blood." Tough Jews manned citizen patrols and erased the perception that Jewish people were easy targets.

For many decades the Jews of the Soviet Union had suffered in a hellhole of anti-Semitism. Engaging in Jewish rituals was punishable by imprisonment. It was illegal to own a Hebrew book or teach about the Jewish religion. Jewish "refuseniks" were sent to forced labor camps, often in Siberia.

The rabbi and his followers held loud rallies demanding "Let my people go." They engaged in sit-down demonstrations and acts of civil disobedience that got them arrested. They harassed Soviet representatives.

The techniques were effective. The Soviet Jewry issue became the subject of front-page headlines. Mainstream Jewish organizations ratcheted up the intensity of their own protests. After great effort and personal sacrifice, Soviet Jews were finally allowed to leave.

Some Jews were uncomfortable with Kahane-style activism. They were embarrassed by the brash methods of this group. They did not want Jews to be seen as "making trouble."

Rabbi Kahane held that the stereotypical idea of a Jew as weak and inept was the result of long centuries of exile. He reminded us that the Jewish nation sprang from such formidable warriors as King David, the Maccabees, and Bar Kochba.

He often spoke with sorrow and anger about the lack of an adequate Jewish response during the Holocaust. The silence was, in fact, deafening. He decried the American Jewish establishment's unwillingness to shake the world with mass protests.

He begged Jews to learn from their terrible mistake and vowed "Never Again."

Rabbi Kahane and his family made aliyah in 1971. He formed the Kach Party and in 1984 was voted into the Knesset.

Perhaps the most controversial of Rabbi Kahane's positions was his stand on the Arab-Israeli conflict – for which, he posited, there was no amicable solution. He advocated a zero tolerance policy toward all of Israel's enemies.

He knew the Arabs had no desire to live side by side with Jews in a country called Israel. He said it was absurd to think that Arab-Israelis had any interest in singing Hatikvah, Israel's national anthem that speaks of the Jewish soul yearning to return to the land, or honoring the Israeli flag, which is designed to look like a tallit with a Star of David in the middle.

He said time and again that the Mideast is not the American Midwest and that the Jewish dream is the Arab nightmare. He wanted the Israeli government to implement Torah laws that permit only those non-Jews who acknowledge Jewish sovereignty to live in Israel, with personal and property rights but no political or voting rights.

The Israeli man in the street was drawn to Rabbi Kahane; working-class Sephardim who knew what it was like to live under Arab rule loved him. Polls after his election to the Knesset indicated his popularity was on the rise, especially with younger voters. The establishment hated and feared him. They called his policies "racist" and ultimately banned his party.

For some time now, Jews have felt leaderless. We read the unbelievable headlines. We groan at the increasing brazenness of our enemies, the unapologetic displays of anti-Semitism, the relentless rise of anti-Israel sentiment. And we can't help but wonder: What would Rabbi Kahane do?

Now for a little more comedy so you  can have a good day:

Larry David making fun of Christianity on his show: