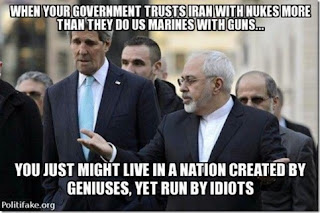 When we've been wronged, it is very difficult to overcome feelings of animosity and revenge. As the saying goes, "revenge is sweeter than honey." It takes great strength of character to overcome the natural desire for revenge and instead to forget the entire matter and remove it from one's heart as if it had never occurred.
Such a level is easy only for angels who do not have normal human emotions, but not for ordinary mortals. Nevertheless, the Torah states this obligation explicitly: "Do not hate your brother in your heart. Do not take revenge and do not bear a grudge." (Leviticus 19:17,8)
Today, ask yourself: Is there anyone toward whom I feel resentment, animosity or a grudge? If yes, imagine being able to let those feelings melt away. Experience yourself being free from the burden of those heavy feelings. Forgive!!! Allow yourself to feel the relief and lightness of living in the present - totally free from those counterproductive thoughts and feelings.
However, again, there is a difference between not taking revenge and common sense. The torah teaches that if some on is out to kill you at 6:00 AM, you should get up at 5:00 (5:00 AM now as I write this) and kill him first. This is not revenge it is realizing the highest values of the Torah: staying alive in order to be a good person. That is why there are three circumstances (not killing someone else, not committing idolatry or adulatory in public). Staying alive is good if you are a moral person according to what the Torah teaches.
You can defend yourself without it being revenge. Today is the 25th anniversary of Rabbi Meir Kahane being murdered. He taught that if we did not seperate from the Arabs in Israel, one day we would not have a country anymore. There are still prophets born and live in our times.
Love Yehuda Lave
The legendary Nicholas brothers .
Sharing some essence with you #classic #goldenERA
https://www.facebook.com/ShaadowSefiroth/videos/914097121954468/


The American egg industry is in panic... These are the first plant-based scrambled eggs & mayonnaise!
The New York Times reports that the CEO of the American Egg Board has just resigned following the release of emails indicating she tried to stop the sale of Hampton Creek's cholesterol-free mayonnaise in big American supermarkets.

THIS is wonderful.  Once at the top use your mouse to see close and far and rotate the view around 360 degrees.
You may find yourself holding your breath!
This is really an amazing video and sure saves a long hard climb.  This is the true view from the top!!!

This is the only way I'll see Mount Everest .

Note:   After the tragic avalanche earlier this year, the site was no longer able to be accessed. However, it has been updated with accident info and is again able to be viewed.
KEEP AN EYE ON THE ELEVATION, LEFT SIDE OF YOUR COMPUTER SCREEN, ANDTHEN MOVE THE MOUSE AT THE END TO SEE A PANORAMIC VIEW.
*This is amazing . . . it�s almost like being there and there's a 360 degree view from the top! *
Click on the link:  Mt. Everest Journey : Everest Avalanche Tragedy : Discovery Channel
http://everestavalanchetragedy.com/mt-everest-journey.html

Here is another "moderate" Muslim:

News host and Islamic history professor agree genocide the 'only solution' to the Jews, joke about selling Jews into slavery.
By Tova Dvorin
First Publish: 10/30/2015, 11:27 AM

An Egyptian television host and a noted historian agreed that burning Jews is the "only solution" for the "Jewish problem" on Tuesday, in an interview on Rahma TV.  Footage of the interview was translated by the Middle East Media Research Institute (MEMRI).
"The Crusaders killed the Jews as well," Islamic history professor Yusri Ahmad Zidan stated. "They rounded them up in a house of worship and burned it down."

Zidan then noted that survivors were sold as slaves, with "every 30 Jews [...] sold for a dinar."
"This is a trivial price, but obviously, that was what they were worth," host Dr. Muhammed Khaled agreed.
Khaled then noted that "the history of the Jews has been black since the dawn of time," and asked whether burning - which the Persians, the Crusaders, and the Nazis used to commit genocide - is "the only solution for the Jews."
"So it seems," Zidan affirmed, adding that negotiations and coexistence are "impossible."

Here is the link to see the video: They say seeing is believing:
http://www.israelnationalnews.com/News/News.aspx/202693#.VjM6mn4rJD8

Police at Ammunition Hill (file)
Hezki Ezra
An Arab terrorist stabbed two people at the Ammunition Hill light rail stop in Jerusalem Friday afternoon, close to 1:15 pm local time.
One, a 22 year-old yeshiva student and US citizen, is suffering from stab wounds to his upper body, Arutz Sheva has just confirmed.
A second victim, 20, is also in moderate condition, suffering wounds to his lower body - possibly from the gunfire which neutralized the terrorist.
Magen David Adom (MDA) medics have transported both to hospital for treatment, where they are listed as being in moderate condition; they are both stable and conscious. The 22 year-old is currently being treated in Shaare Tzedek; the 20 year-old, at Hadassah Ein-Kerem medical center.


Security forces shot the terrorist on-site, neutralizing him; he is currently in critical condition. Police spokesman Micky Rosenfeld confirmed to AFP about 40 minutes after the attack that the terrorist is a 23 year-old man.
Police later confirmed he held an Israeli ID, as many Arab residents of Jerusalem do.
"An initial investigation reveals that the terrorist stabbed one civilian and attempted to stab another," the Israel Police released shortly before 2:00 pm. "Security guards, civilians, and Border Police neutralized him."
Police, the IDF, Magen David Adom (MDA) and United Hatzalah medics are currently at the scene.
The Jerusalem light rail route was temporarily modified due to the attack, but has now been restored to normal services.

The windows of the Temple Mount activist's car were smashed on "Rock-Throwing Lane," also known as Highway 60.
By: Tzvi Ben-Gedalyahu
Published: October 30th, 2015

Rabbi Yehuda Glick escaped injury and even death in a rock-throwing attack Thursday night, exactly one year, one hour and one minute after a Jerusalem Arab tried to murder him.
Glick was critically wounded by four gunshots at point-blank range but made a miraculous recovery.
He was riding last night in a car driven by Rabbi Re'am HaCohen of Otniel, where Glick lives.
The car was pelted in a rock ambush between Beit Omar and Karmei Tzur, one of the favorite places for Palestinian Authority terrorists to try to murder Jews with a direct hit in the face or by causing the driver to lose control of his vehicle and crash.
Glick's wife told The JewishPress.com that the Arabs had ambushed several Jewish motorists and that a woman in a vehicle ahead of Glick and HaCohen's was injured.
Glick posted on Facebook Friday morning:

I was saved from rock-throwing. One of the rocks smashed the side window, and I was lucky that the righteous Rabbi Re'am HaCohen was the driver. By his merit, the only damage was to the body of the car.
Blessed is He who has not taken away His loving kindness from me for even a minute.

Rabbi Glick noted that he used Gregorian and not the Jewish calendar to note the timing of the attack because that is the one Arabs used.