Rabbi Moshe of Kobrin used to say, "When a person suffers, he shouldn't say that things are bad.
Rather, he should say that the situation is bitter. The Almighty does nothing bad.
Just as medicine is beneficial, although it might be bitter, so too events are always beneficial even if they are bitter. 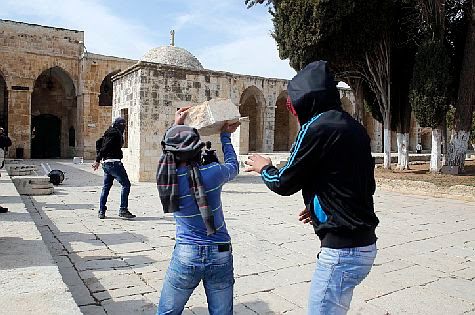 Partially released for publication (Additional information related to the planned attack is expected to be released in the coming days):

The indictment was filed in Jerusalem on Friday against three Arabs, one of them, age 18 and the others 20 and 21 years old. They planned to stay overnight at the holy site and attack with fireworks and rocks when Glick and Feiglin were planning to visit the next morning, October 30. The day before, Glick was nearly fatally shot after he spoke at the Begin Center in Jerusalem.

The terrorists' plan was that during an ensuing riot, they would flee to the Al Aqsa mosque and then walk away, untouched among a throng of Muslims.

Police had kept the arrests of the three Arabs under cover until Friday, which helps explain why National Police Commissioner Yohanan Danino and Public Security Minister Yitzchak Aharonovitch have been so adamant that Knesset Members not visit the Temple Mount.

The MK's presence only riles up Arab terrorists and makes trouble for the police. If you can eliminate the cause for attempted murder, then there won't be murders.

The only problem with this scenario, as most of our readers know, is that telling Arab crazies that Knesset Members cannot visit the Temple Mount has the opposite effect and gives them the incentive to plan attacks on any Jew who dares arrive at the site.

The reason for violence is not Knesset Members who visit the Temple Mount.

The reason for violence is that the security and court system allows them to be violent.

5 Myths About the Basic Law Proposal: "Israel as the Nation-State of the Jewish People"

Everything you thought you knew about the "Jewish Nation State" law is wrong. Here are 5 common misconceptions about the proposed law.
By: JoeSettler
Published: November 29th, 2014
Latest update: November 30th, 2014 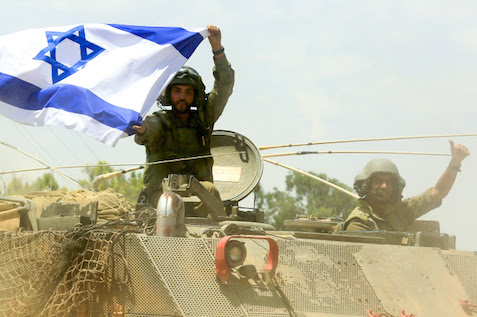 Myth #1: "Israel as the Nation-State of the Jewish People" is a proposal by Israel's right-wing parties.

The Basic Law proposal: "Israel as the Nation-State of the Jewish People" was actually first proposed by Tzipi Livni's Kadima party.

The bill was initially proposed in 2011 by Kadima MK Avi Dichter.

The majority of the MKs in Tzipi Livni's left-wing party supported the bill, as did MKs in the left-wing Labor party.

The bill was likely to pass by a wide nonpartisan majority in the Knesset, but Tzipi Livni did not support it, and killed the bill before it came to vote.

Myth #2: The bill will change the laws of Israel and will harm the status and rights of minorities in Israel.

There are actually a few different versions (and revisions) of the law being considered, but ultimately they do the same thing.

The bill is primarily symbolic, defining in law the status of what already exists in Israel – Israel as the Jewish state of the Jewish people, while guaranteeing the rights of all its minorities.

There is an area where it might possibly have a legal effect, and that is in Israel's Supreme Court.

Myth #3: The Left are against the law because it is anti-democratic.

As mentioned above, the bill was initially introduced by Israel's left-wing politicians.

But Israel's radical left want to transform Israel from a "Jewish state" into a "state of all its citizens" and this law would prevent that – hence their very active resistance.

As their goal is against both the will of the people and the country's Declaration of Independence, the far Left have moved the battle to a front where they have a political advantage, Israel's Supreme Court, where most of the judges lean politically left to far left.

Some on Israel's political right hope the law restore the balance between a Jewish state and a democratic state which was unintentionally disrupted when Israel passed the Basic Laws in 1992: Basic Law: Freedom of Occupation and Basic Law: Human Dignity and Liberty.

Israel's judicial activist Supreme Court, led by then Supreme Court Chief Justice Aharon Barak, selectively interpreted those Basic Laws, applying his personal, and radical left-wing interpretation of the phrase "Jewish and democratic", which has since  resulted in democratic laws voted on by the democratically elected Knesset getting struck down, ignored or selectively reinterpreted.

By defining as a Basic law what "Jewish" actually means, some of its proponents hope to plug the hole that allows the Supreme Court to reinterpret laws according to their non-mainstream political ideologies.

Myth #4: Netanyahu is pushing the bill forward because he's really a right-wing extremist.

Prime Minister Netanyahu is pushing the bill forward right now, not because he wants it passed, but because it serves a practical political goal.

Netanyahu (Likud) is fed up with his coalition partners, Ministers Tzipi Livni (Hatnua) and Yair Lapid (Yesh Atid), constantly threatening to bring down the coalition.

Both Livni and Lapid have publicly taken positions against the bill.

Netanyahu is forcing his two rebellious ministers to make a decision with this bill – go to elections, or shut up and stop threatening.

The timing is very good for Netanyahu.

In the polls, Netanyahu is doing well, Livni's party is unlikely to pass the electoral threshold in the upcoming elections, and Lapid's party will shrink to at least half.

It's a safe assumption that Netanyahu probably doesn't care if this law passes or not, just like the conclusions from the Edmund Levy report Netanyahu ordered were never adopted by Netanyahu's government.

Bottom line: if Livni and Lapid stop their threats, Netanyahu's threat is likely to disappear too.

Myth #5: The bill will force the Supreme Court to consider the Jewish character of the state when making decisions, and stop the court from striking down Knesset laws the judges ideologically disagree with.

Israel's Supreme Court activist judges will undoubtedly find a way around this law if not by simply striking it down, so it is hardly the best solution for dealing with the underlying problem of their left-wing judicial activism.

Among the steps that actually would fix that problem is Knesset legislation that changes the way Israeli Supreme Court judges are selected and elected, restrict who can bring cases to the Supreme Court and additional constraints on the court's powers.

Additionally, laws that better define and constrain the powers and the mandate of other non-elected senior civil servants would be a more effective tool than the Jewish Nation-State law for protecting Israel against those that don't want it to be a "Jewish" state.

About the Author: JoeSettler blogs at The Muqata.blogspot.com and occasionally on his own blog at JoeSettler.blogspot.co

or http://www.yehudalave.com/
Posted by Rabbi Yehuda Lave at 9:30 PM