The Use of Fire May Have Begun In Israel 350,000 Years Ago and Ashdod

It's In Your Mind

Self-confidence is created and stored in your mind. What is wonderful about this is that your mind is always with you, day and night and in all seasons, wherever you go.

All your positive experiences of self-confidence are recorded in your brain.

On the last day of Chanukah we visit Ashdod, an olive farm. a holocaust museum called field-Waves made by Holocaust survivors, the port of Ashdod and a fountain light show

The Use of Fire May Have Begun In Israel 350,000 Years Ago
If fire indeed was invented in Israel, will the Boycott Israel movement stop lighting matches? 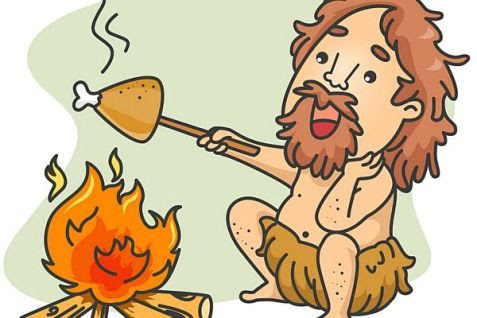 A study of artifacts in an ancient cave near Haifa indicated that humans first started using fire there approximately 350,000 years ago, Scienemag.org reported.

The Tabun Cave, located approximately 12 miles south of Haifa, "is unique in that it's a site with a very long sequence," according to University of Haifa archaeologist Ron Shimelmitz. His new study examined  "step by step how the use of fire changed in the cave."

The Tabun Cave is rich in artifacts. It was occupied intermittently from 500,000 to around 40,000 years ago.

"Researchers examined artifacts previously excavated from the site, which are mostly flint tools for cutting and scraping, and flint debris created in their manufacture," Sciencemag wrote.

An examination of approximately 100 layers of sediments in the depths of the cave deposits showed that none of the flints were burned from a period of approximately 350,000 years ago. Layers above that exposed many flints with red or black colors or cracking that showed they had been exposed to fire.

The researchers wrote in the Journal of Human Evolution that since wildfires were rare in cases, they were controlled by those who lit them.

There are indications from other sites that humans used fire before then but there is no conclusive evidence that they were  able to master its use.

Debates still rage among experts whether the use of fire actually began up to 2 million years ago or only more recently.

Harvard University's Richard Wrangham said the Tabun caves study was "exciting" but not enough to convince him.

He agrees with Prof. Shimelmitz agree that whenever fire began, it changed the lives of humans by allowing them to cook and keep warm.

"There's a reason people think we got fire from the gods," Shimelmitz added.


In an effort to overcome the continuing criticism that he is unsupportive and, in fact, dismissive of Israel, today President Obama announced that he is converting to Judaism in the hope that this will demonstrate his affinity to and empathy with the Israeli people.

Authorities have been unable to handle the millions of applicants who have volunteered to perform the circumcision.

All of these phrases we've grown up with ...

all in one collection!
We'll begin with a box, and the plural is boxes,
But the plural of ox becomes oxen, not oxes.
One fowl is a goose, but two are called geese,
Yet the plural of moose should never be meese.
You may find a lone mouse or a nest full of mice,
Yet the plural of house is houses, not hice.
If the plural of man is always called men,
Why shouldn't the plural of pan be called pen?
If I speak of my foot and show you my feet,
And I give you a boot, would a pair be called beet?
If one is a tooth and a whole set are teeth,
Why shouldn't the plural of booth be called beeth?
Then one may be that, and there would be those,
Yet hat in the plural would never be hose,
And the plural of cat is cats, not cose.
We speak of a brother and also of brethren,
But though we say mother, we never say methren.
Then the masculine pronouns are he, his and him,
But imagine the feminine: she, shis and shim!
Let's face it - English is a crazy language.
There is no egg in eggplant nor ham in hamburger;
Neither apple nor pine in pineapple.
English muffins weren't invented in England.
We take English for granted, but if we explore its paradoxes,
We find that quicksand can work slowly, boxing rings are square,
And a guinea pig is neither from Guinea nor is it a pig.
And why is it that writers write, but fingers don't fing,
Grocers don't groce and hammers don't ham?
Doesn't it seem crazy that you can make amends but not one amend?
If you have a bunch of odds and ends and get rid of all but one of them,
What do you call it?
If teachers taught, why don't preachers praught?
If a vegetarian eats vegetables, what does a humanitarian eat?
Sometimes I think all the folks who grew up speaking English
Should be committed to an asylum for the verbally insane.
In what other language do people recite at a play and play at a recital?
We ship by truck but send cargo by ship...
We have noses that run and feet that smell.
We park in a driveway and drive in a parkway.
And how can a slim chance and a fat chance be the same,
While a wise man and a wise guy are opposites?
You have to marvel at the unique lunacy of a language
In which your house can burn up as it burns down,
In which you fill in a form by filling it out,
And in which an alarm goes off by going on.
And in closing..........
If Father is Pop, how come Mother's not Mop.??

Here is download for today:
Great Jewish Painters
ask me for it as it to big for the blog