Help Others Help Themselves

Maimonides says that the highest level of giving charity is helping a person become self-sufficient.

Today, think of someone who needs a job and try to do what you can to help him earn money. You might help him get a job interview or you might think of some marketable skill that you could help him develop.

Hopes rise of growing new organs in the body

Experts at the University of Edinburgh have managed to create cells which, once injected into the body, can grow into a fully functioning organ.

The Real and Radical Legacy of Rabbi Shlomo Carlebach 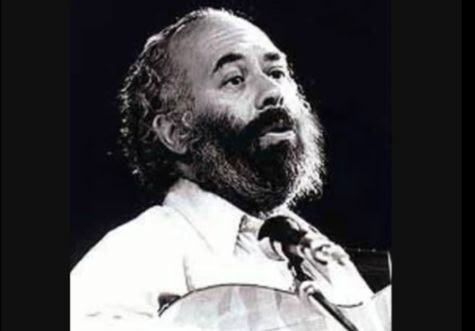 More robust accounts of Rabbi Shlomo Carlebach's life have come to the surface following 20 years after he died on Oct. 20, 1994.

But even the authors will admit that this larger-than-life, soul-hugging rabbi's legacy cannot be fully captured in black-and-white pages.

"Shlomo did not seem to fit any restrictive, defining label," Ophir told JNS.org. "Reb Shlomo was… a charismatic teacher who combined storytelling, sermonic exegesis, and inspirational insights into creating a new form of heartfelt, soulful Judaism filled with a love for all human beings."

Carlebach, born in Germany from where his family fled following the Nazi invasion, immigrated to New York in March 1939 from Lithuania, just six months before the Nazis invaded that country. In 1945, the family moved to Manhattan so his father, Rabbi Naphtali Carlebach, could take over Congregation Kehilath Jacob on W. 79th Street. After his father's passing, Carlebach assumed leadership of the synagogue, today known as "The Carlebach Shul."

It was from his home base at The Carlebach Shul that Shlomo Carlebach set up the first known Hassidic outreach program, Taste and See God is Good (T.S.G.G.). According to Ophir, the organization was based on the idea that, as Carlebach said, "You cannot begin to talk to people about God unless you have first given them a taste of God is good."

In 1968, Carlebach established the House of Love and Prayer in San Francisco, the first Jewish commune.

His empathetic approach toward the spiritual imports from the Far East was radical for an Orthodox rabbi," said Ophir.

Everything Carlebach did was radical. He traveled to Germany in the 1960s to teach people whose parents had murdered scores of Jewish people that the time for peace and forgiveness had come, recalled Ben-Zion Solomon, whose home is next door to the late Carlebach's in the central Israeli community of Moshav Mevo Modi'in, also known as the "Carlebach moshav."

Carlebach was a scholar in his own right, studying at some of the most renowned American yeshivot. He later connected with the Lubavitch movement, whose leader at the time, Rabbi Yosef Yitzchak Schneersohn, encouraged him to go into outreach. This mandate was the start of what became his calling, serving as the rabbi of the hippie movement.

He had followers around the globe. Many young Jews returned to a Torah lifestyle as a result of their relationship with Carlebach.

His daughter Dari Carlebach said in a previous interview that her father was caught between two worlds—the religious/yeshiva world and the hippie world. She said her father had a huge desire "to love and heal the world," and he did it with "such heart and grace and empathy."

Shlomo Carlebach's unbridled passion might account for why it has taken this long to begin to canonize his legacy. Solomon recounts the way that his rebbe could focus on whoever needed him at the time, that "whoever he was talking to, he became their best friend."

Solomon and wife Dina met Carlebach in California. Carlebach encouraged Solomon to learn in Israel and eventually to make aliyah, and then handpicked his family to live on the Carlebach moshav.

Solomon recalled that when he arrived in Israel, he was told by the Orthodox-affiliated Diaspora Yeshiva that his wedding to Dina was not valid, as they did not have a ketubah, the Jewish marriage contract. He called Carlebach in a panic. The rabbi told him to get some wine and cake and meet him at the Shabbos House in Jerusalem at 1 a.m.

"We're waiting for Shlomo and then we see him coming down the block with 300 people. … We were singing and dancing until daylight," Solomon told JNS.org.

Leslie Pomerantz and Michael Hoffman are both Jewish song leaders. Pomerantz told JNS.org that Carlebach made Jewish music "accessible" and taught song leaders the value of using music for engagement.

Hoffman described Carlebach's music as "timeless" and noted how people have forgotten that many immensely popular melodies were in fact composed by Carlebach. For example, it was Carlebach who in 1965 invented "Am Yisrael Chai" for the Student Struggle for Soviet Jewry movement, which was later adopted for Jewish causes as a theme of resilience and perseverance. Other famed Carlebach compositions include "David Melech Yisrael," "Od Yeshoma," and "Esa Einai."

Carlebach's legacy is not without controversy. He faced allegations that became public in a 1998 Lilith magazine article, claiming he routinely made sexually suggestive late-night phone calls to female acquaintances and that he physically molested numerous women over the course of decades. Such accusations naturally provoked fierce controversy about how to remember a man many considered a saint.

"Can you imagine, in a period of a month, after one of his yahrzeits (anniversary of death), getting 50 phone calls about the same person from all over the world? He has victims in Israel, the U.S., Australia, South Africa—any place he went, he had victims," said Vicki Polin of the Awareness Center, a non-profit with the mission of ending sexual violence in the Jewish community. "He did a lot of kiruv (outreach), but what about those who converted to other faiths—walked away completely—because of this assault?"

"Today's youth won't compromise for anything less than something that touches the depths of their own souls, which is really what [Carlebach] does through his teachings—so mind-blowing and deep, but in the same instance… he puts the sweet inside, so it goes down in a way that resonates," author Shlomo Katz told JNS.org. Katz has devoted his professional life to collecting, transcribing, and teaching Carlebach's Torah teachings, which can be found on tens of thousands of tapes and in hundreds of journals across the world.

This article was written by by Maayan Jaffe/JNS.org

I "discovered" Shlomo Carlebach around 1958, when he was just starting his career and when I was active in the orthodox NCSY youth group in Baltimore. I heard about his being a good "draw" and arranged for him to appear in our synagogue for a fundraiser, for which our group paid $500.

Back in 1958, when middle-class Jewish society was trying to achieve "social status" by imitating the "proper" non-Jewish elite. Carlebach blew that facade to pieces with his charisma and magnetic singing as he danced within the crowd in an electrifying frenzy.

He was authentic in an era when everything seemed like pretense and nothing was genuine except imitations.

Carlebach bowled us over and left everyone with no choice other than to join him into singing with him. He later appeared at NCSY conventions and mesmerized us with the 1920 spiritual folk song "Kum Ba Ya" (Come By Here), which became a standard campfire song in scouting and summer camps.

He raised us to a spiritual level, with everyone adding his own lyric – a wish, blessing or statement to the original, "Someone is singing my Lord, Kum Ba Ya."

Regardless of whether he did or did not do anything wrong in his later life, his legacy was personal for me, as it remains for millions of others. He helped transform my life and was branded somewhere inside me even in the darkest moments when I drifted far, far away from Judaism.

May his memory be for a blessing.

[Editor's Update: We thought it was obvious, but apparently not... this blog post is SATIRE]

Washington, October 8 – Aides to US President Barack Obama expressed displeasure today over not being informed of plans to assemble tens of thousands of makeshift residential structures over the last week in Jewish communities in areas both Israel and the Palestinians claim.

The huts mostly consist of wood panels, or of metal frames holding up canvas walls, with reeds or palm leaves as roofing. Satellite images and eyewitness reports alerted the Obama administration of the flurry of new construction activity, all of which appears to be taking place within the boundaries of existing Jewish communities in those contentious areas. The structures are apparently functioning as additional living space, as the inhabitants of those communities have been observed transferring tables, chairs, beds, and even rugs into the booth-like structures.

The administration stopped short of actively rebuking the Netanyahu government over the construction, as the effort has the hallmarks of a grass-roots initiative and not an officially sanctioned building spree of the kind that has infuriated White House officials in the past. In fact, hundreds of thousands of such structures have been hastily built over the last week even within the pre-1967 lines, indicating broad popular support for the initiative. However, Obama aides did communicate the president's concern over any kind of development on land claimed by Palestinians for a state.

Another factor contributing to the administration's muted response is the unlikelihood that the structures have been approved by Israeli government authorities. The addition of the booths  - or, in many cases, simply the covering of an existing walled patio or terrace with the reed or leaf roofs – almost certainly constitutes a zoning violation wherever it occurs, and in the White House's assessment the Israeli authorities are almost certain to inform the residents of their obligation to dismantle the structures.

"We've had a few cases of a similar nature even in the US," said a White House staffer speaking on condition of anonymity. "We've had groups of Jews, sometimes entire communities, building these temporary structures that are in clear violation of building codes, zoning designation, and other municipal approvals necessary for the erection of such entities. People complain about it, the town or city gives the owners a couple of weeks' notice to take down the structure, and they comply. At this point we're going to assume the same process will play out over in the West Bank, though I imagine they'll have some difficulty notifying every single homeowner right away."

"It always seems to happen this time of year, too," mused the official. "I wonder if there's some way to predict the phenomenon?"

LAWS ARE NOW IN CONFORMANCE WITH THE BIBLE

Leviticus 20:13 says: "If a man lies with another man they should be stoned."

It appears that we just hadn't interpreted it correctly before now.

or http://www.yehudalave.com/
Posted by Rabbi Yehuda Lave at 11:33 AM