On OU trip  on Nov 26, 2014 we went to the first Israel "White House". President Chaim Weizmann's personal residence donated to the Country of Israel:


Clinging for dear life onto the side of a vertical cliff, the tiny lion cub cries out pitifully for help. His mother arrives at the edge of the precipice with three other lionesses and a male. The females start to clamber down together but turn back, daunted by the sheer drop. Eventually, one single factor determines which of them will risk her life to save the youngster - his mother.  The drama begins: The mother arrives at the edge of the cliff as her son cries out for rescue after being trapped when he slipped. 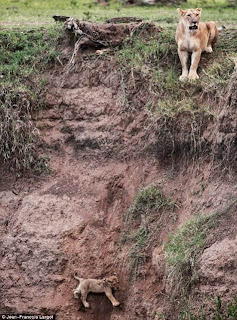 On the brink: Four lionesses look over the edge before aborting their rescue mission because of the sheer drop. 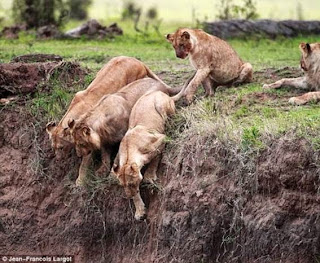 Slowly, agonizingly, the big cat edges her way down towards her terrified baby, using her powerful claws to grip the crumbling cliff side. One slip from her and both mother and son could end up dead at the bottom of the ravine. 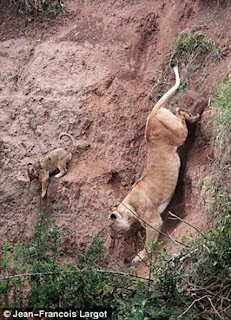 Just as the exhausted cub seems about to fall, his mother circles beneath him, and he is snatched up in her jaws. She then begins the equally perilous journey back to the top. 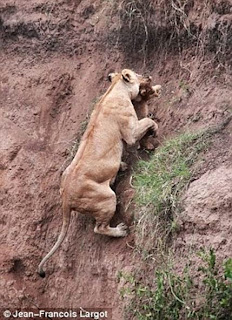 Minutes later, they arrive on level ground and she gives the frightened cub a comforting lick on the head. 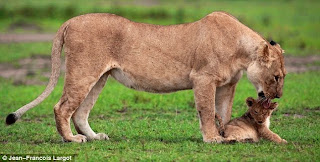 HOW AWESOME IS THIS?

On November 29, 1947 the United Nations voted in a plan for the partition of the British Mandate territory of Palestine. The plan came to be called the United Nations Partition Plan for Palestine or United Nations General Assembly Resolution 181.
The plan was approved by the United Nations General Assembly by 33 votes to 13, with 10 abstentions.The plan would have partitioned the territory of Mandatory Palestine into Jewish and Arab states, with the Greater Jerusalem area, including Bethlehem, coming under international control.
As we all know, the Arab countries, instead of taking the opportunity to build yet another Arab state, decided to attack and try to destroy Israel in the following May of 1948. The Arabs lost, and Israel began to expand back into its natural and historical borders, which continued on in 1967.
The Partition Plan wasn't actually something to celebrate about, as previous international decisions, most notably the San Remo agreement and Balfour Declaration, had designated all of the Land of Israel for the Jewish People, and the decision of November 29th, actually stripped away significant parts of our country from us.
But still, for those alive at the time, it meant international recognition with practical applications under international consensus and law for creating a Jewish State. and they were willing to take whatever they could get.
In Hebrew, the 29th of November is more commonly referred to as "Kaf-Tet B'November".

or http://www.yehudalave.com/
Posted by Rabbi Yehuda Lave at 12:35 PM