It's Not Over Until It's Over

There is a rule in competitive games: It's not over until it's over. As long as the game is still going, there is a chance that someone who started out not doing so well can "make a comeback" and do much better.

The same applies to living life: It's not over until it's over. As long as you are alive, you have the opportunity to do more and be more.

As you know, your own self-image is based on what has already happened in your life, what you have already done, and how you have already acted. As long as you are alive, you can choose thoughts, words, and actions that will greatly elevate your self- image.

You might complain about your self-image because you view your current self-image as a final reality. It isn't. We human beings are works in progress as long as we are alive. If you aren't satisfied with your self-image right now, say and do things that will raise your self-image.

The OU team does the streets of Tel Aviv Part Two

Fiddler on the roof in Japenese:

A flash Mob in a whole foods store:

Biblical Hebrew: A Story of Survival

Rabbi Doniel Baron is a senior lecturer at Aish HaTorah's Discovery Seminar. He received his law degree from NYU School of Law and practiced law at Cadwalader, Wickersham & Taft. He presently lives in Jerusalem with his wife and children.

Biblical Hebrew: A Story of Survival

It has come to my attention that you have plans to visit the Holy Land in the coming days. If this is still the case, I would like to wish you a safe and enjoyable trip.

As King David writes, "Man's steps are established by God." This is true for every detail of every private person's life, but becomes immensely more significant for those whose lives have proven to be of crucial influence on the overall history of mankind. It is for this reason that I am writing to you today.

Ours is the first generation in modern times to understand the truly universal human condition and to seek to bring all peoples of the earth together in peace and harmony. We are the first generation to understand that we are faced with the choice of either inhabiting our planet harmoniously or not inhabiting at all, God forbid. Filling our future is the fundamentalism that threatens to pit one religion against another. But our different relationships and understandings of God should not be the reason for conflict but the source of goodwill in building our relationships with one another and our ability to understand others.

The covenant with the Jewish people was not the first made between the Almighty and mankind. Before the revelation at Mt. Sinai, God commanded Adam and then made a covenant with Noah, giving them the guidelines for the universal religion of mankind. The most well-known part of this covenant is the seven universal commandments, or the Seven Noahide Laws. For this reason, Judaism and Jews do not proselytize, but rather seek to guide the nations of the world in developing their own relationship with the Almighty and implementing these potentially unifying laws of basic human nature.

In our times, Rabbi Menachem Mendel Schneerson brought the Laws of Bnei Noach to the forefront of our efforts to bring lasting peace and prosperity to the Jewish people and the entire world. Time and again, the Rebbe explained that the world is ready to accept responsibility for these laws and to renew the covenant made between Noah and the Almighty after the Flood, as recounted in Genesis.

The Noahide Laws are not a religion. Rather, they are the framework for creating a better world, a better humanity, based on the bond that every human being can enjoy with his or her Creator.

In 1991, US Congress officially recognized the Noahide Laws as part of joint resolution to designate an annual Education Day in tribute to Rabbi Menachem Mendel Schneerson.

●     Whereas Congress recognizes the historical tradition of ethical values and principles which are the basis of civilized society and upon which our great Nation was founded;

●     Whereas these ethical values and principles have been the bedrock of society from the dawn of civilization, when they were known as the Seven Noahide Laws;

●     Whereas without these ethical values and principles the edifice of civilization stands in serious peril of returning to chaos;

●     Whereas society is profoundly concerned with the recent weakening of these principles that has resulted in crises that beleaguer and threaten the fabric of civilized society;

●     Whereas the justified preoccupation with these crises must not let the citizens of this Nation lose sight of their responsibility to transmit these historical ethical values from our distinguished past to the generations of the future...

What do we learn from the above? That the answer to the present-day conflicts date back to Adam, and in recent times, the joint resolution by the 102nd Congress.

This is the call of the hour. Now is the time to both stand strong in face of darkness, and redouble our efforts to spread light.

Just a change of pace.  This shows the nice side of winter.

The formation of ice is subject to a million variables, and the tiniest change in humidity, temperature or wind speed can create wildly different results, producing some of winter's most beautiful and fascinating sights. 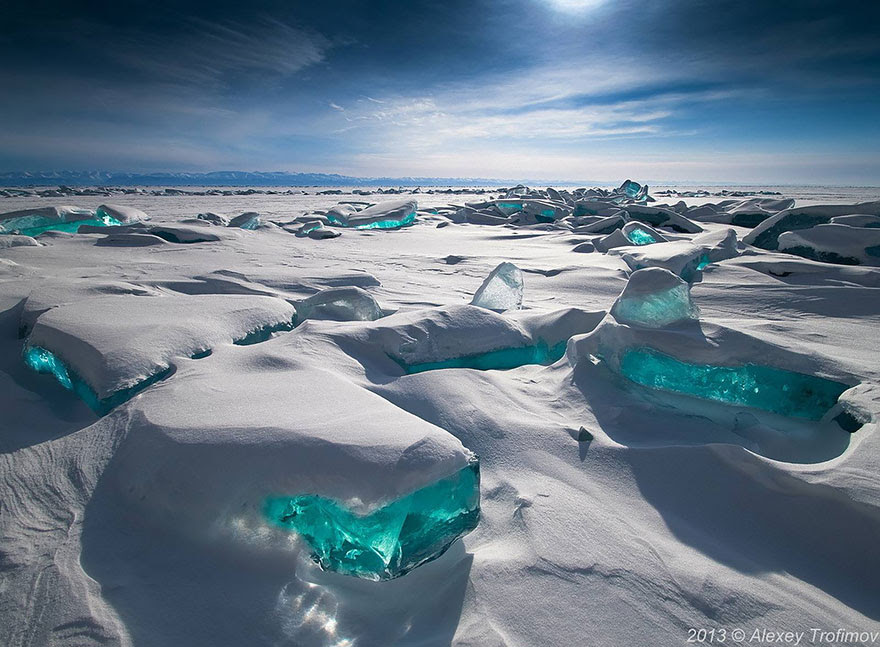 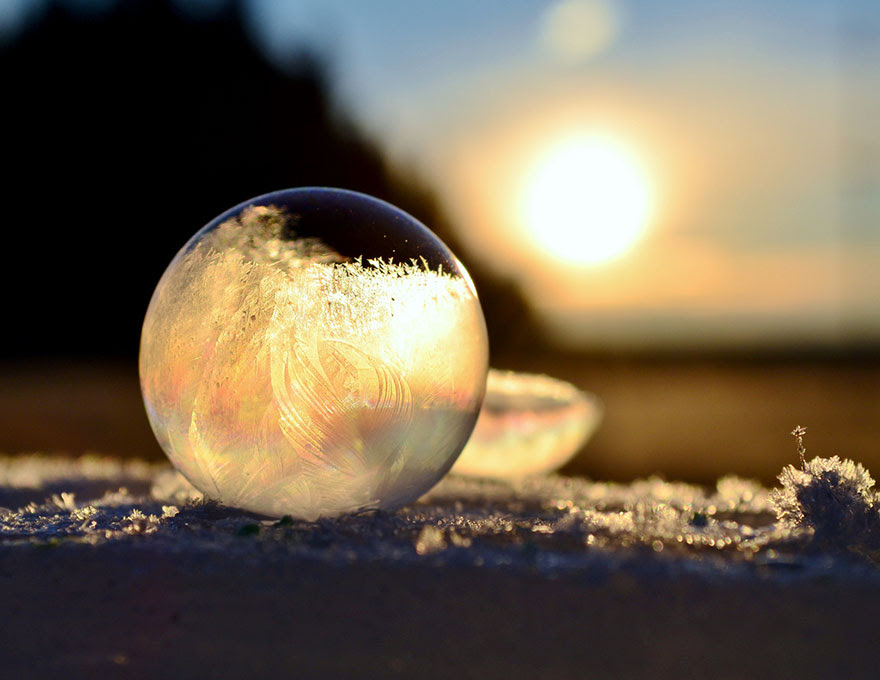 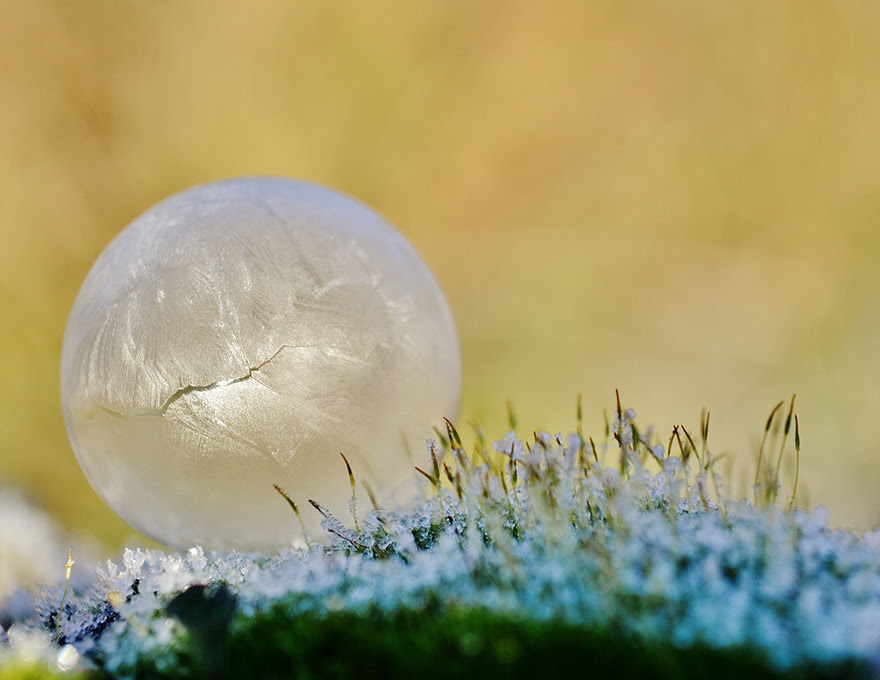 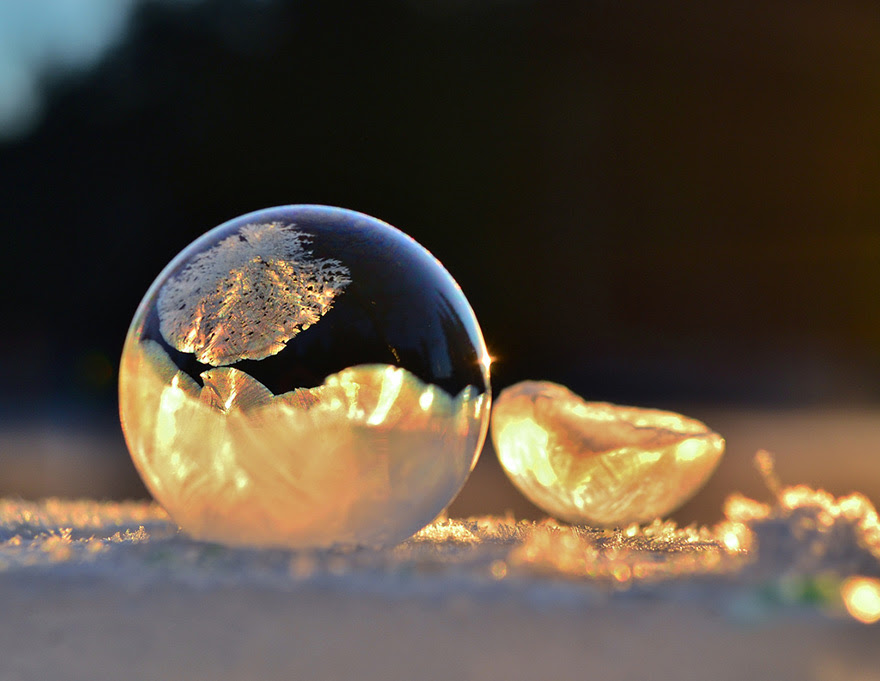 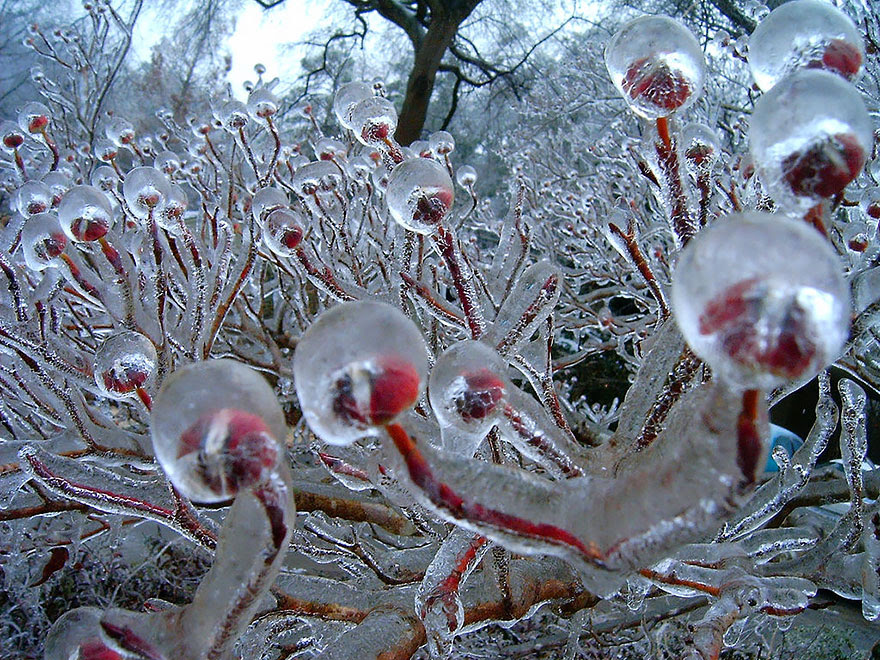 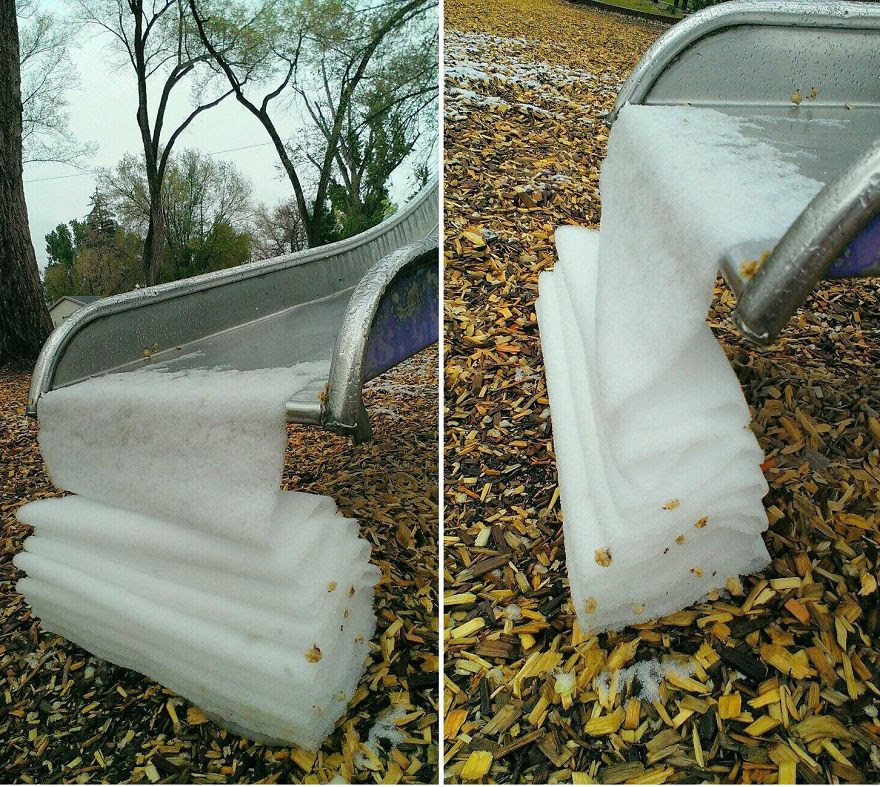 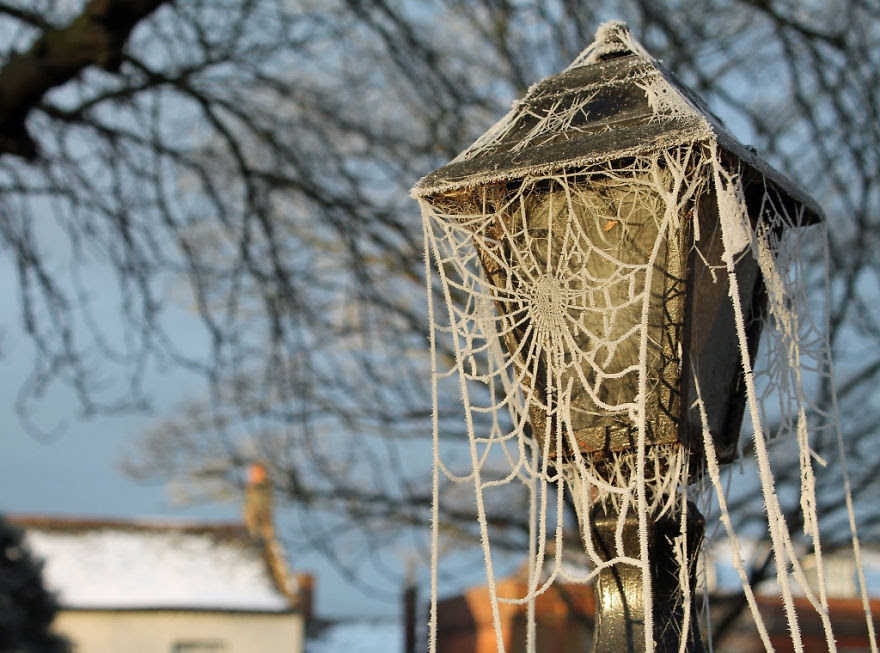 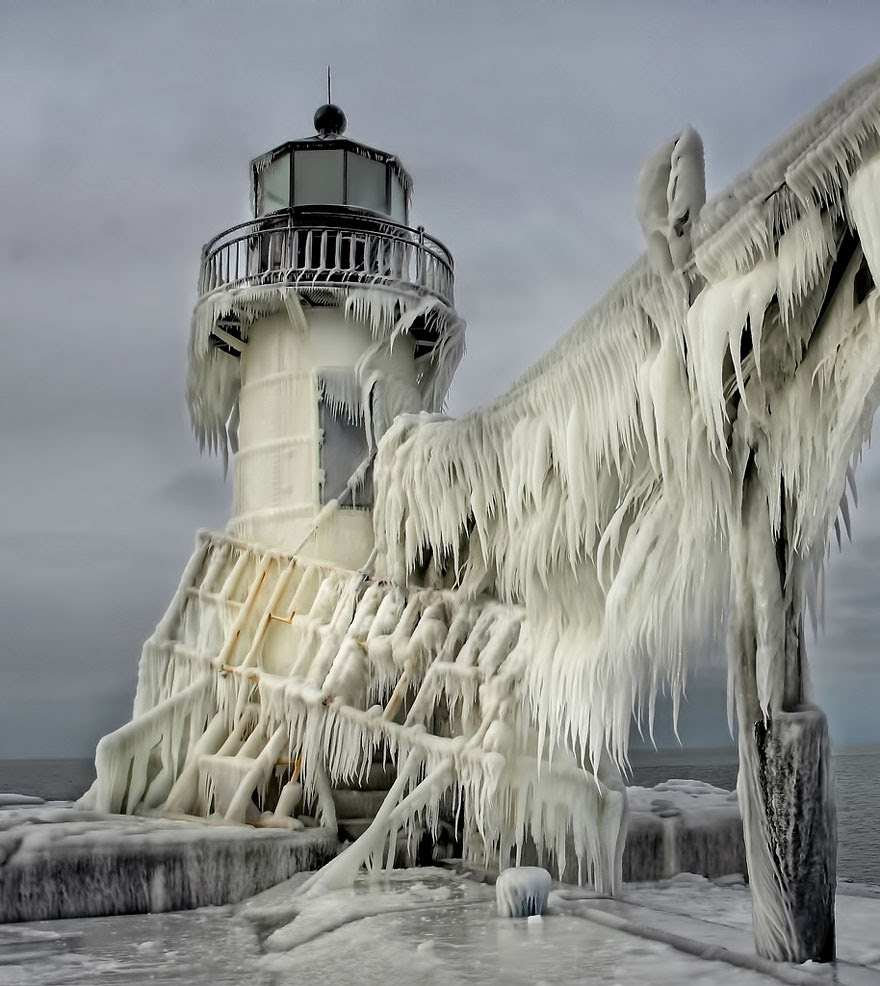 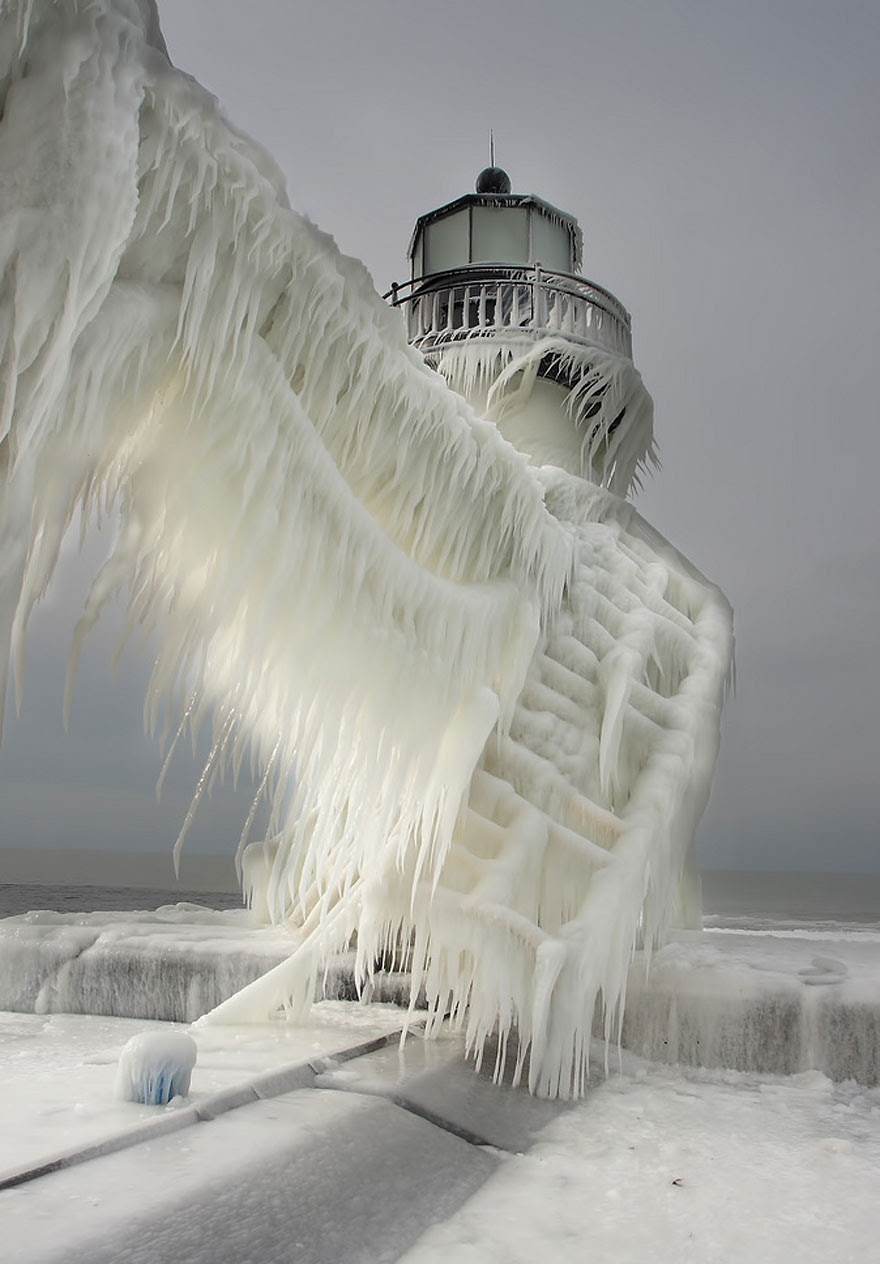 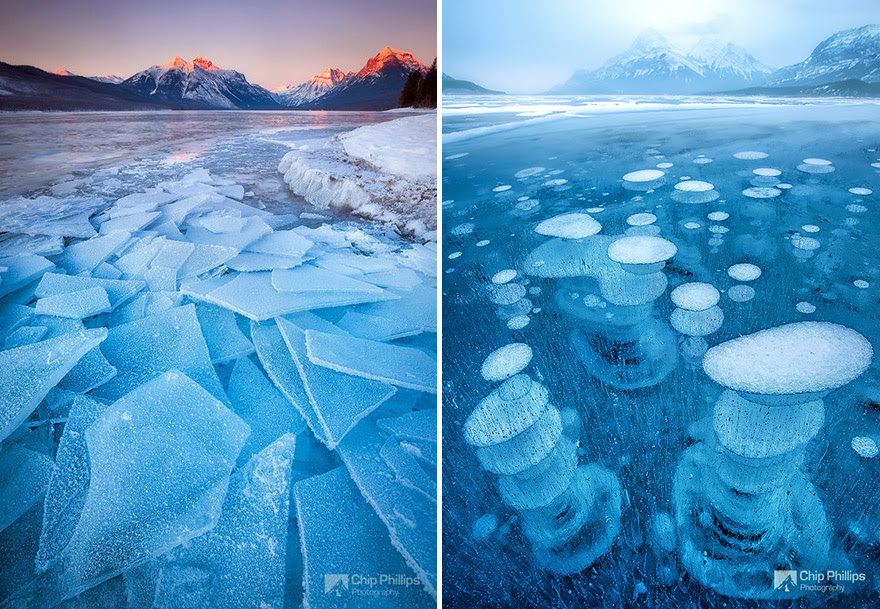 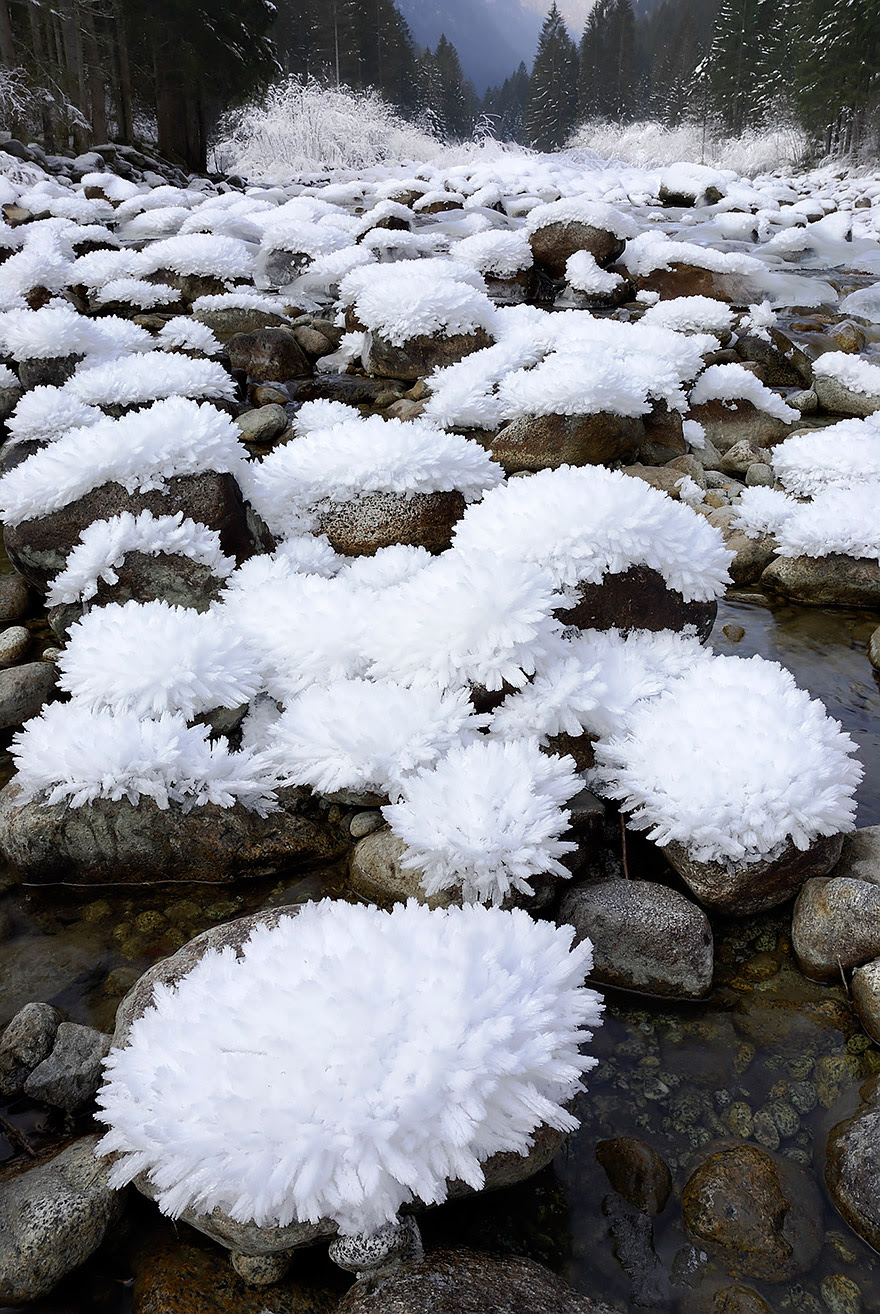 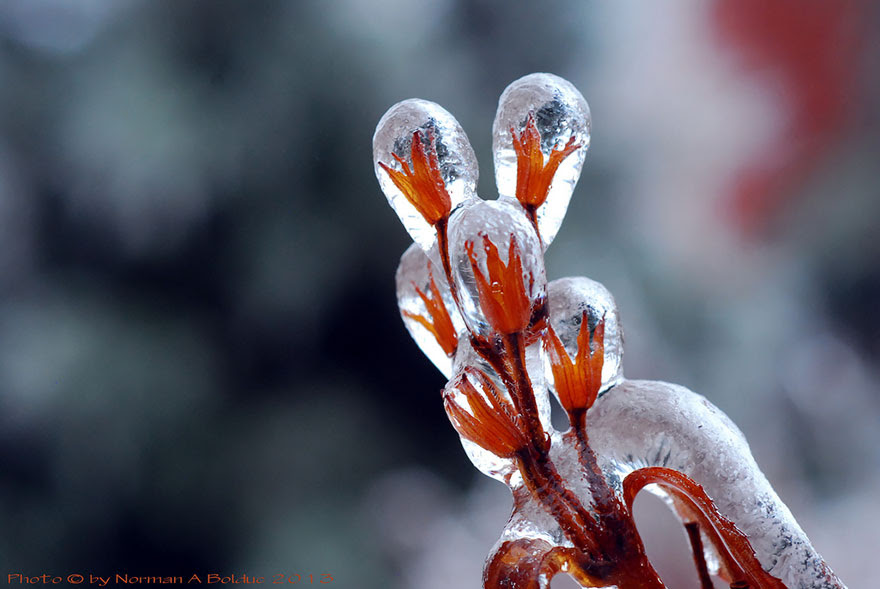 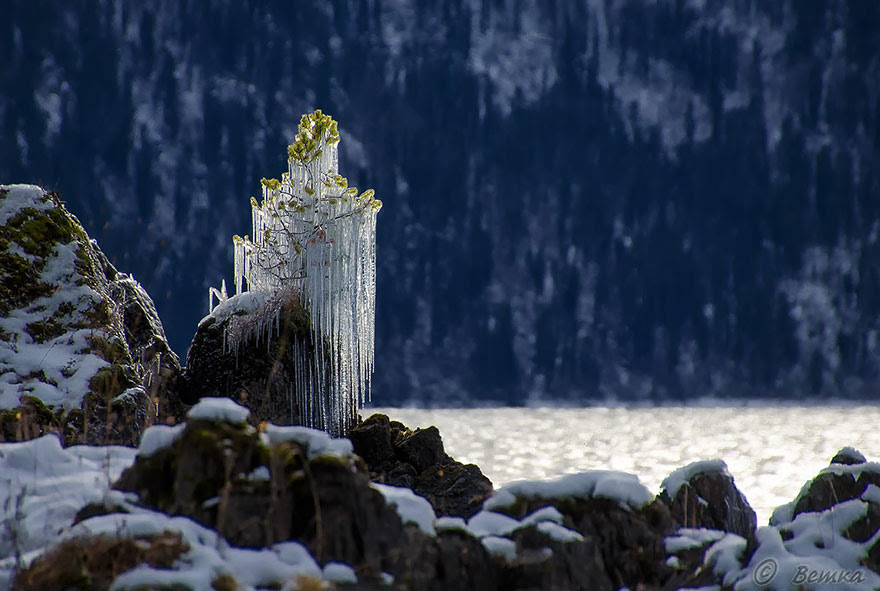 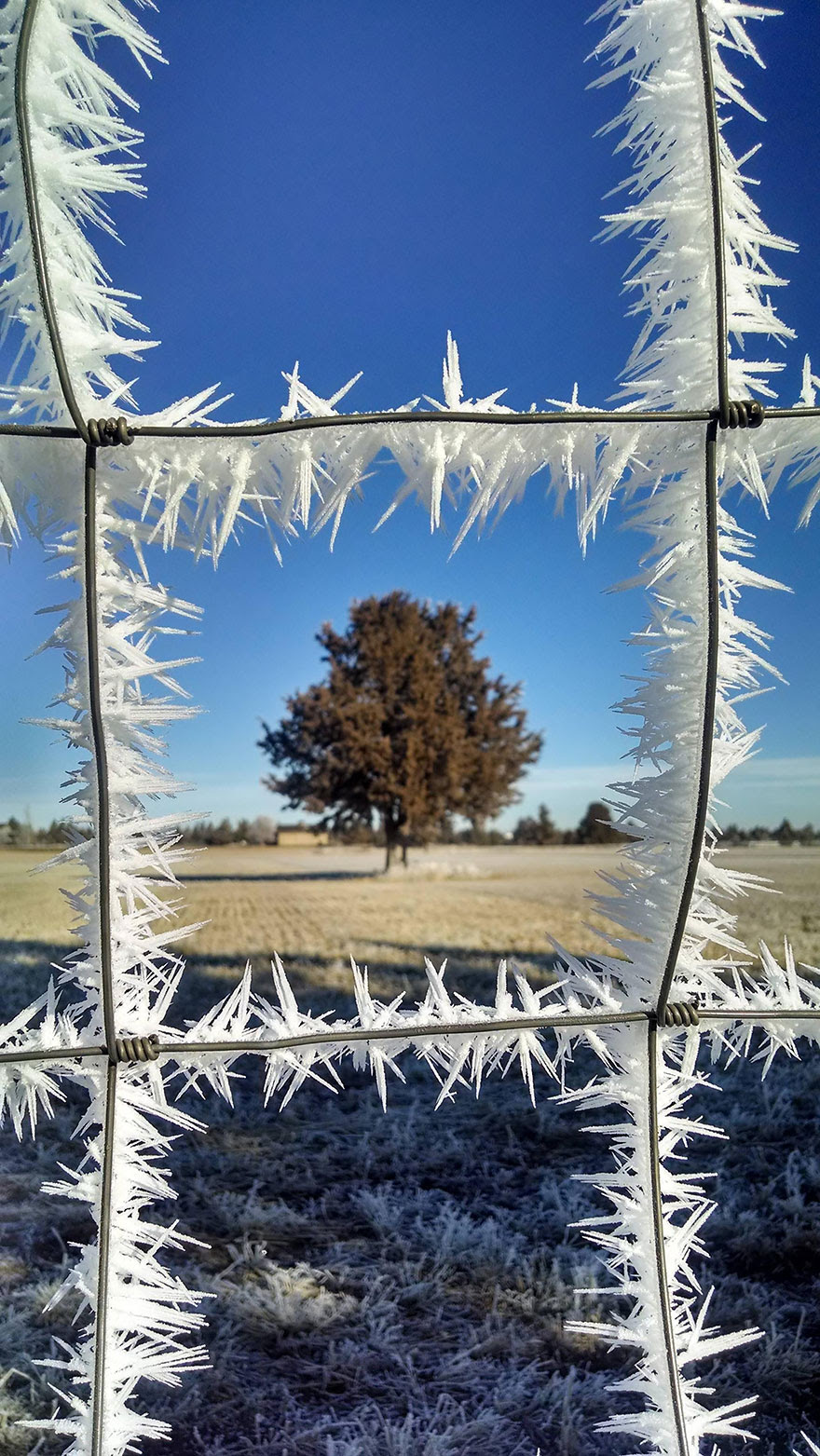 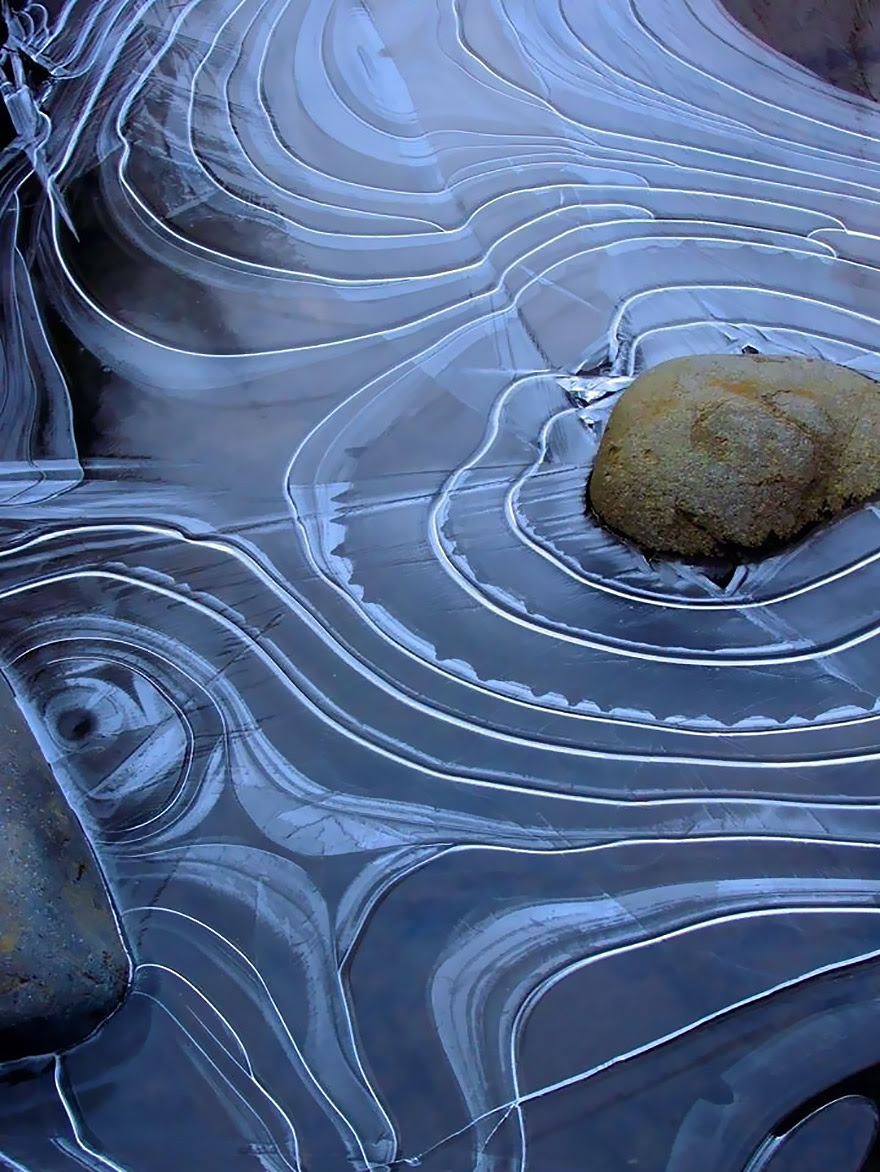 #13 After Freezing Rain In China 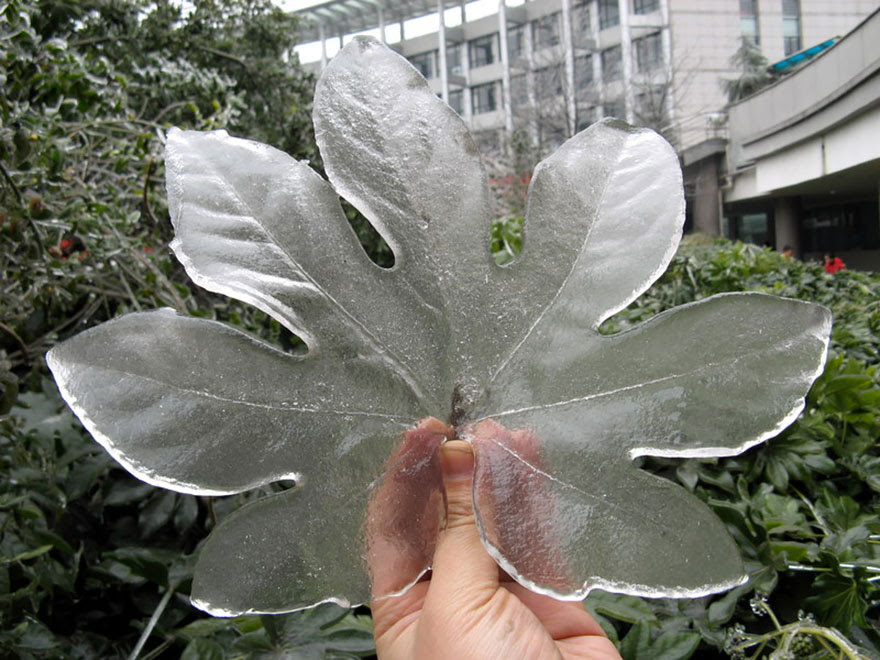 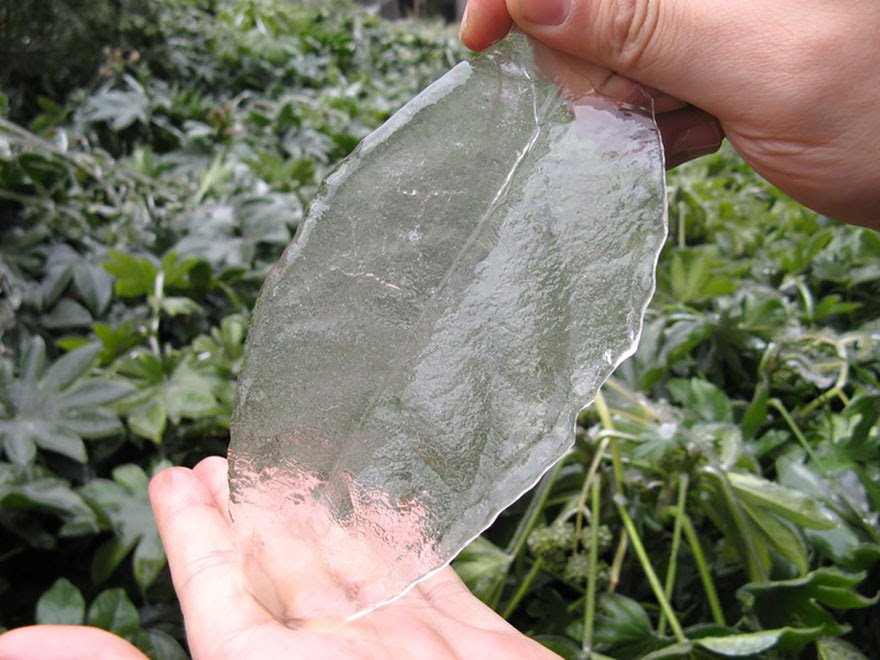 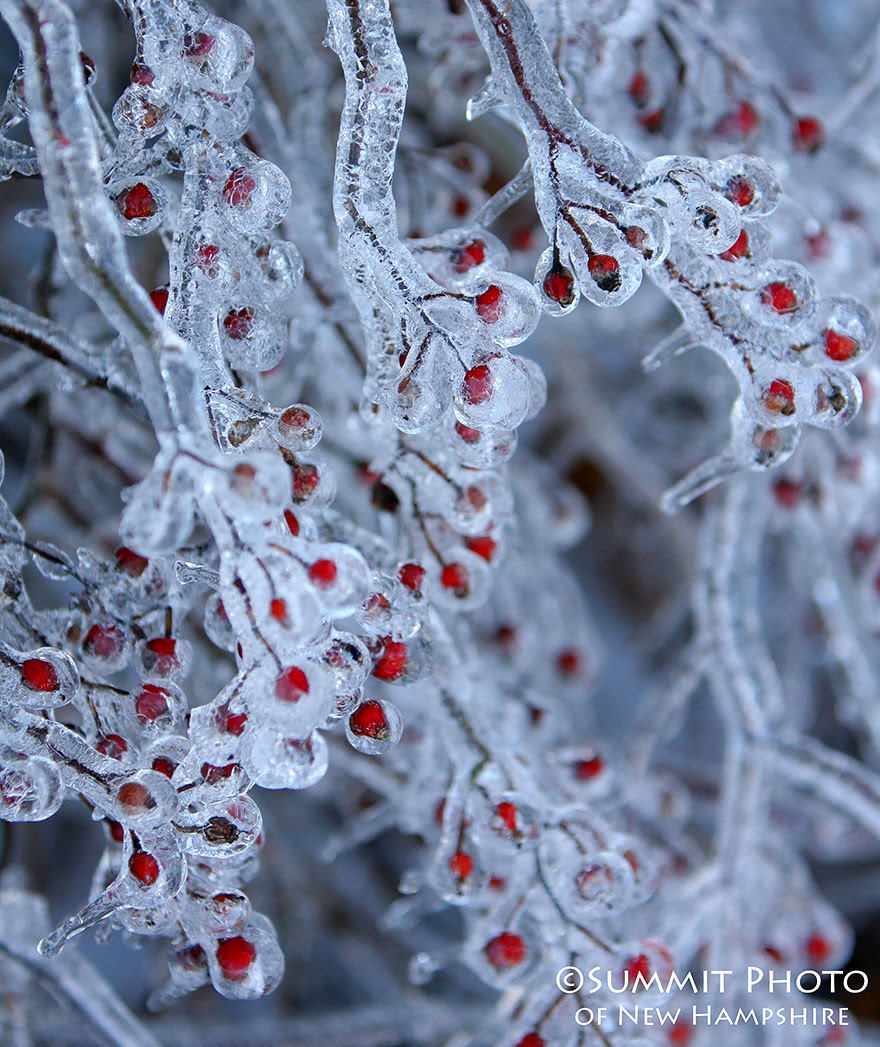 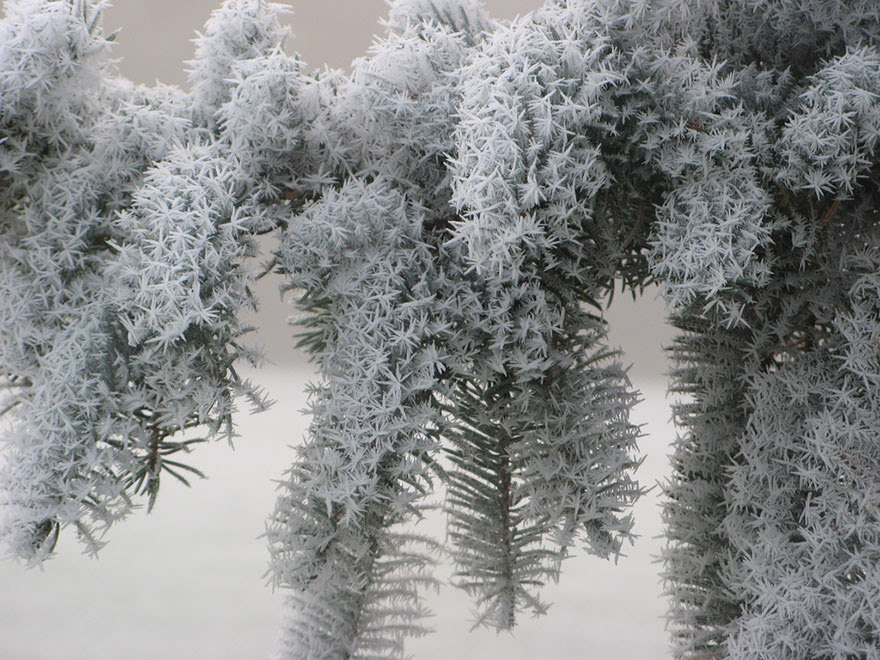 #16 Frost Flowers In The Arctic Ocean 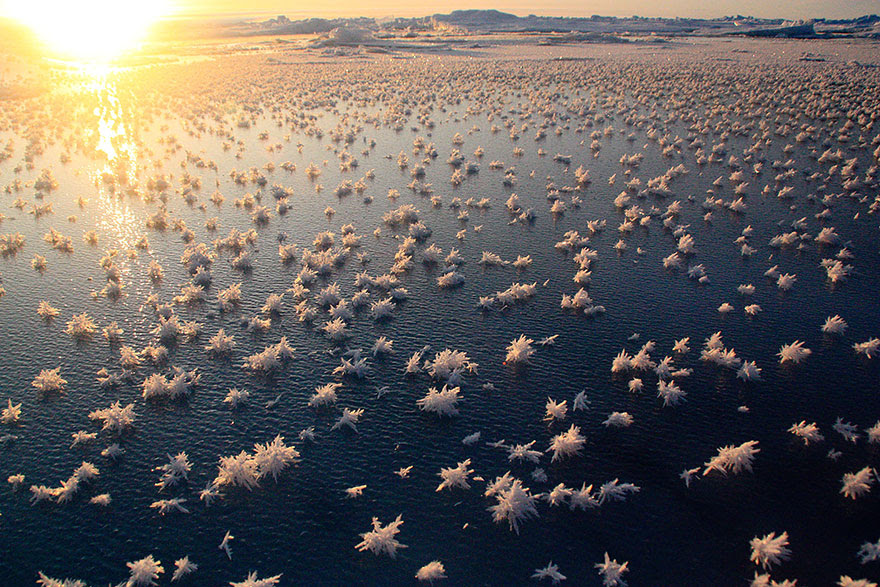 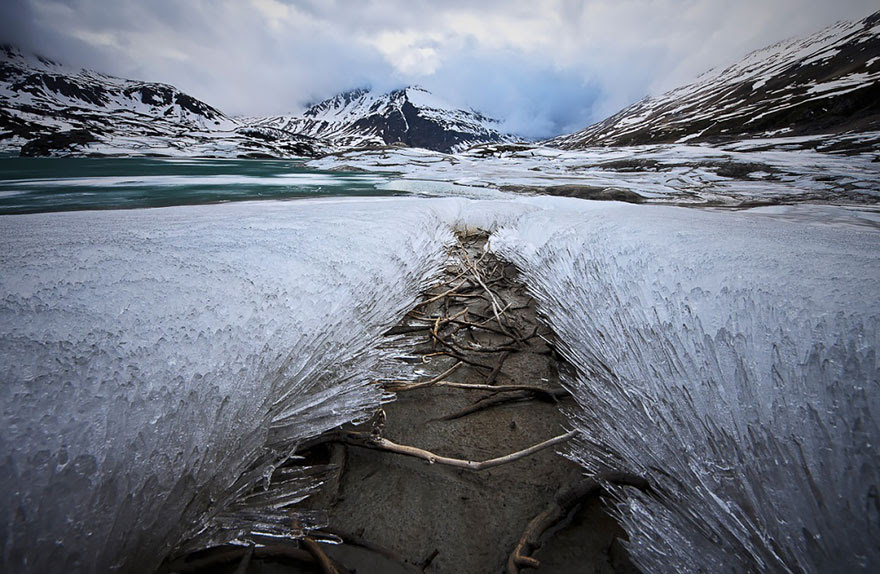 #18 Icicles On The Blooming Apple Tree 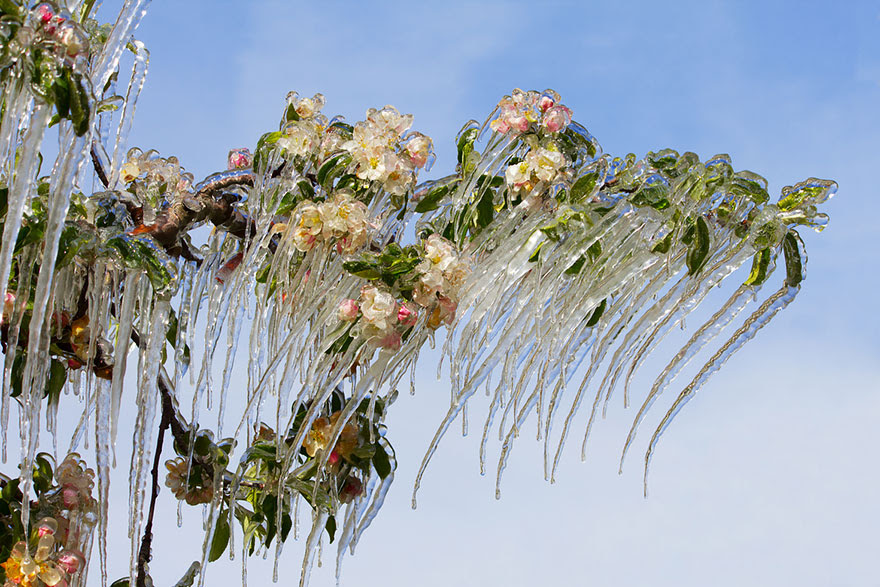 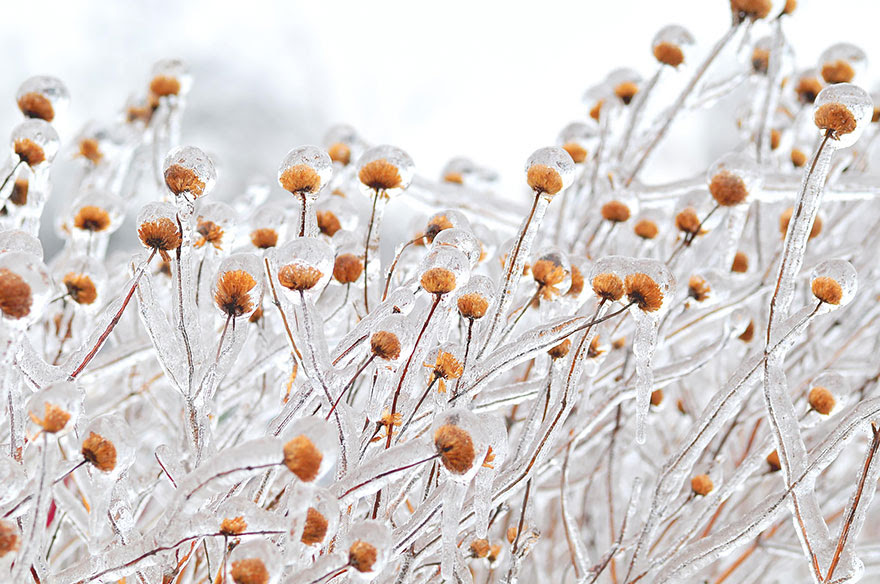 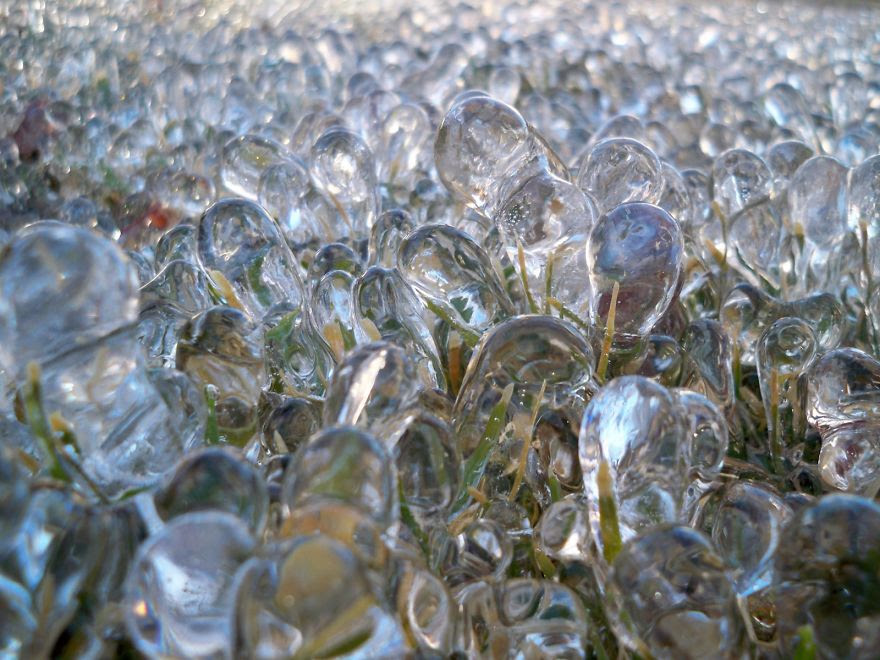 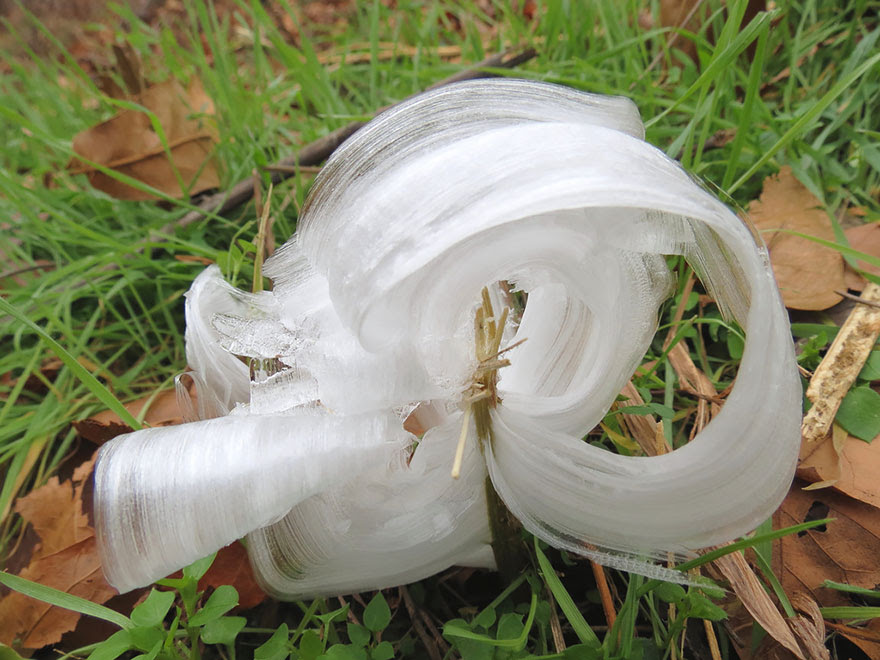 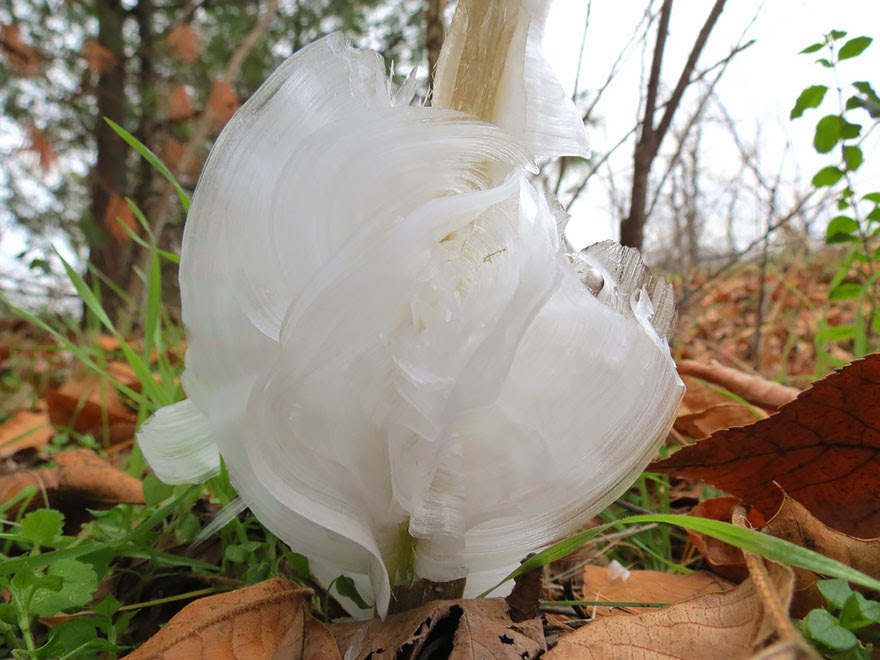 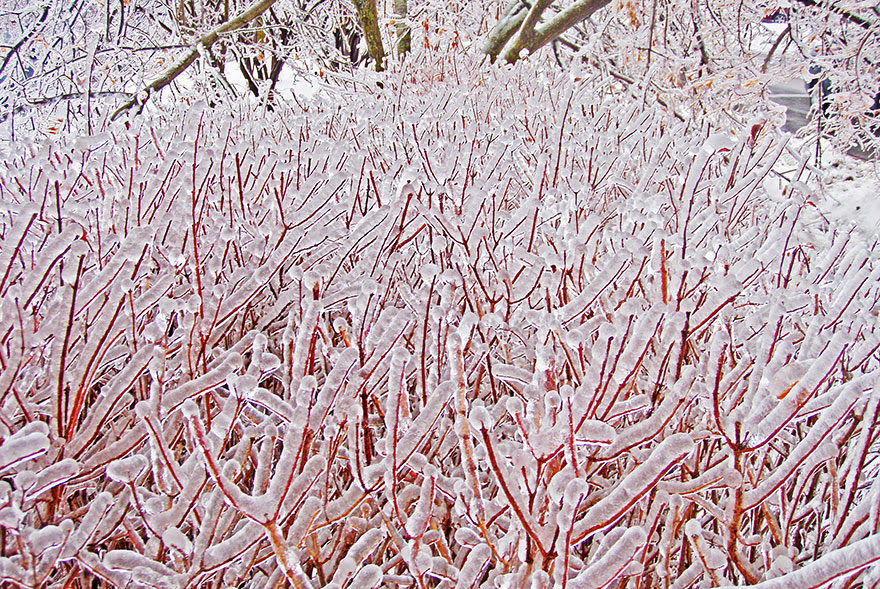 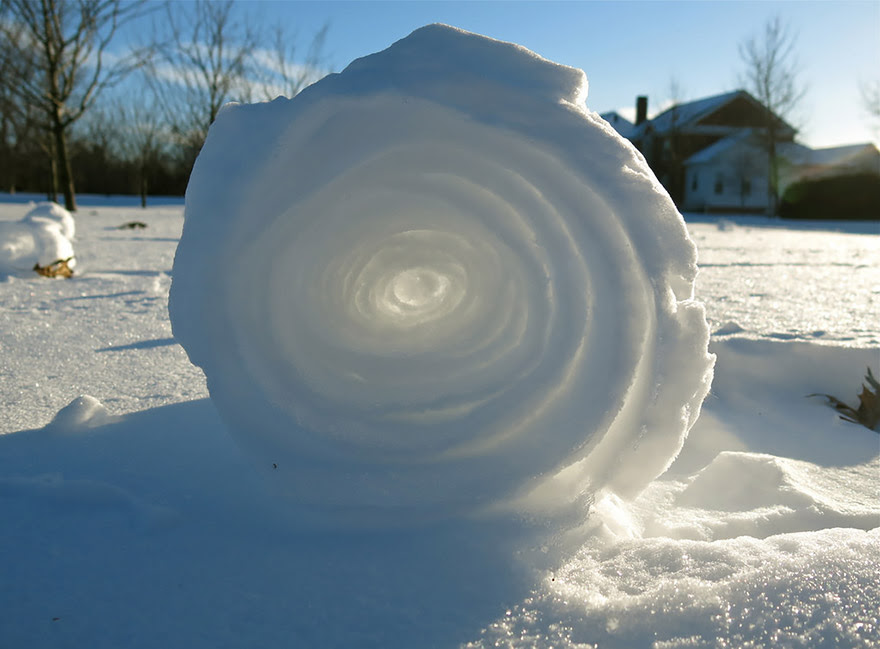 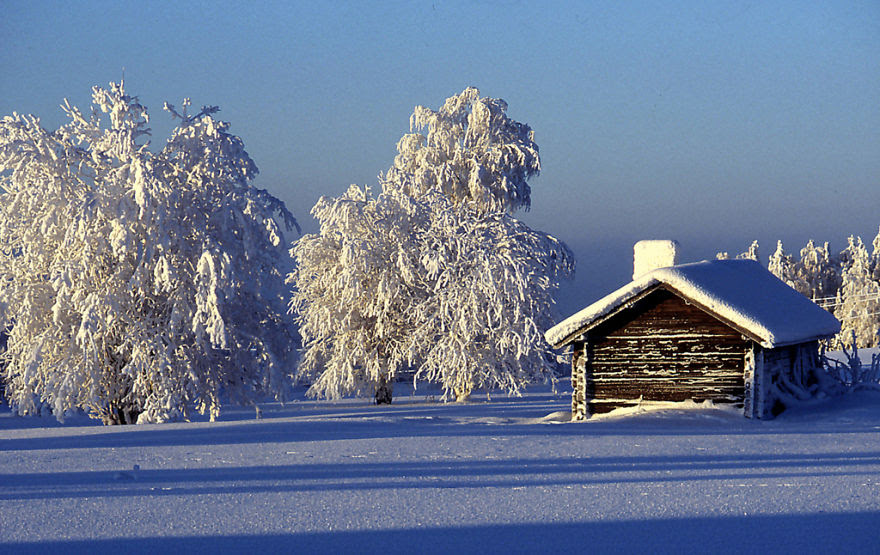 Mom with a View

The football player is really using his head.

It would seem like a no-brainer (no pun intended and you will see why!): Chris Borland, 24, a young, prominent football player, is walking away from the game. What amazes some die-hard fans and players is that he could walk away from the game at all! But what stuns others is that he is walking away from potential millions in earnings. It is not sour grapes; it's not "I'll fire them before they fire me." He's a good player with a bright future in the game should he choose to stay. He is a widely sought after and talented young man. He would have been snapped up – and paid a lot. Yet he is choosing to walk away from the money.

He is also walking away from the pleasure of the game, from the rewards of being successful, from the adulation of the fans and teammates and coaches. What could possibly be the reason for such a dramatic decision? Mr. Borland is in excellent health and his prospects seem bright. Yet he came to a definitive decision. "From what I've researched and what I've experienced, I don't think it's worth the risk," explained Mr. Borland who has already suffered a number of concussions.

Now that the connection between concussions and future brain damage has been demonstrated incontrovertibly, Chris Borland is saying no. He is saying that a healthy mind is worth more to him that present and future earnings. Again, this seems like a no-brainer. And yet it's big news.

Because almost no one else does it. Yes there are few more early retirees this season and perhaps this medical issue has played a factor in their decisions as well. But for every retiree, I can't even begin to guess the number of young men lined up eager to take his place, eager to risk it all (and I'm not speaking metaphorically) to play the game they love and earn the big bucks.

I don't mean to minimize their choices. I understand love of the game. I love it myself (although I can't explain it rationally and I've given up trying! A beautiful pass and catch, an amazing long run, a kickoff return – I could wax poetic about the creativity, skill and excitement!). But the risk just seems too great. It was one thing to start smoking before we knew it causes cancer but it's hard to comprehend why anyone would start now. The same is true with football. Although I never played pro ball, I can imagine the high, the excitement, the thrills. (And the paycheck.)

The future seems so distant. I'm 24; I can't worry now about brain damage in my sixties. Yet that is exactly what Chris Borland is doing. He's doing something that almost no one his age ever does or is even capable of doing. He's fulfilling the sages' maxim: Who is the wise man? The one who foresees the consequences. He's looking down the road and he doesn't like where it takes him. So he's turning off now.

Some part of me would hate to see the end of football. But the saner, more logical part says there's no choice. How can I participate in allowing these young men to risk their precious brains? How can they? Thank you Chris Borland for not just recognizing there are more important things than money (easy to talk about and acknowledge) but actually doing something about it.

by Rabbi Yaakov Salomon
A powerful reminder that money isn't everything.
View Video

or http://www.yehudalave.com/
Posted by Rabbi Yehuda Lave at 10:56 AM