Focus On What You Do Want

Focus on what you do want. Make your goal explicit. "My goal is to increase my moments of joy." This way, every single moment of joy is a successful moment.

Celebrate each moment of joy. Be grateful every time you experience joy.

Having this goal will place your attention on joy. Instead of feeling bad when you are not joyful, you will experience positive feelings about experiencing more joy.

Life gives you plenty of Lemons..Make Lemonade out of it.

Love and remember how important your vote in Israel is tomorrow 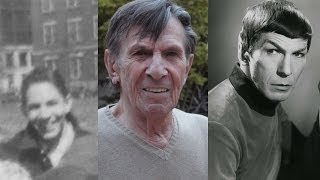 These are genuinely unique 'OLD' photos. I doubt if you have seen even one of these. They are both interesting and truly historical.

The Statue of Liberty's torch is parked in front of the western side of Madison Square in 1876.

The first armed airplane of the Serbian army in 1915.

The dedication of the Washington Monument in 1885.

Race official Jock Semple tries to push Kathy Switzer off the road after she attempts to run the Boston Marathon, which at the time was men's only. Number 390 pushing Jock away was Kathy's boyfriend. 1967.

Julia Clark in her Exhibition Plane, 1911. Miss Clark was the third woman to receive a pilot's license from the Aero Club of America. She was the first female pilot to die in an air crash in the United States in 1912.

The crew of the USS Lexington abandon ship following torpedo strikes on May 9th, 1942.

The first photo of the Earth from the moon taken by Lunar Orbiter in 1966.

The attack on Pearl Harbor taken from one of the attacking Japanese aircraft on December 7, 1941.

Inside the turrets of the USS Massachusetts, 1898.

A balancing act atop the Empire State Building in 1934.

Ansel Adams, 1979. He broke his nose during the 1906 San Francisco earthquake, and never had it fixed.

The London Underground in 1890.

Paul McCartney takes a selfie in 1959.

Smuggling beer during prohibition sometime between 1920 and 1933.

Illuminated tires invented by Goodyear in 1961.

The aftermath of the 1906 San Francisco Earthquake.

Construction of The Lincoln Memorial in 1921.

or http://www.yehudalave.com/
Posted by Rabbi Yehuda Lave at 3:21 PM