mind blowing places and the link between shabbat and the temple

Open Yourself Up To Friendship

A person who tries to keep everything about himself hidden will not have close friends. Building a close relationship with others requires self-disclosure.

While it is not prudent to disclose personal secrets to everyone, if you want to become close to others, you need to go beyond discussing superficial matters such as the weather and politics, and be willing to tell them more about the real you.

However, like every other rule, this has limitations. We have a duty not to run down anyone and this includes your self.  There is no reason to disclose negative traits that you are working on to fix or areas of your past that people wouldn't understand.

5. The small island of Procida - Italy

Built as a movie set in 1980 for the film Popeye (Walt Disney). Today it is open to the public as a museum.

A medieval castle built over 40 years by Jim Bishop in the San Isabel Forest (Colorado).
Bishop began building it at age 15.

17. The umbrellas of Agueda - Portugal

21. The Alcazar of Segovia - Spain

25. The island of São Miguel - Portugal

27. The Gardens of Marqueyssac - France

32. Park Gardens by the Bay - Singapore

35. The Library of Alexandria - Egypt

The Link Between Shabbat And The Mishkan 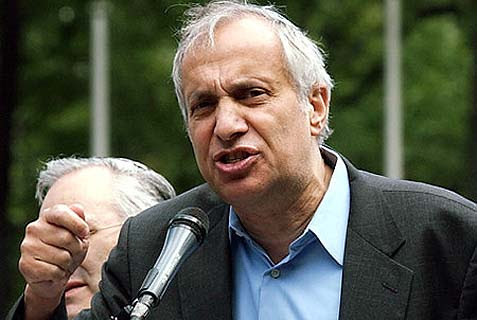 Why is the construction of the Mishkan juxtaposed with Shabbat in the beginning of this Shabbat's reading?

When God created the world he unleashed His unlimited power to create all forms of existence – inanimate, vegetable, animal and human.

God, however, purposefully performed His task in an incomplete manner. The last word of the creation story is la'asot, to do (Genesis 2:3). Here, God asks that we complete creation and in partnership with Him redeem the world.

Perhaps the greatest manifestation of human creativity in the Torah is the building of the Mishkan, which required human mastery over every creation. For example: gold was required to construct the Ark; vegetables were used for the dye needed to color parts of the Tabernacle; animal skin was used to cover the Tabernacle; and, of course, human interaction was essential to coordinate a building venture of this magnitude.

Nechama Leibowitz points out that the same words describing God's completion of creation (vayechal, vayar, vehinei, vayevarech – Genesis 1:31, 2:2‑3) are also used to describe the completion of the Mishkan (Exodus 39:43, 40:33).

In the course of becoming so successful, however, human beings are in danger of forgetting that God is the source of our creativity. Hence the laws of Shabbat would have us refrain from activities that indicate our mastery over the world. In this way, we assert the centrality of God.

Note: the first eleven of the 39 categories of prohibited work on Shabbat deal with the vegetable world (leading up to the baking prohibition). The next twenty-three deal with animal life (leading up to sewing and writing). And the next four deal with the inanimate (building). In withdrawing from each of these endeavors we acknowledge God as the Supreme Master over nature. The final category, the prohibition against carrying, leads to the understanding that even in the social sphere (carrying is a symbol of human interaction) God is in ultimate control. (See Mishnah Shabbat 7:2)

Thus the juxtaposition of Shabbat to Mishkan – to teach that even the Mishkan could not be built on the Sabbath. A reminder that God is at the core of all existence.

About the Author: Rabbi Avi Weiss is founder and president of Yeshivat Chovevei Torah and senior rabbi of the Hebrew Institute of Riverdale.

Link between the Land of Israel and the Jewish People
https://www.youtube.com/watch?v=wWb6o-gI7dw

or http://www.yehudalave.com/
Posted by Rabbi Yehuda Lave at 5:28 PM