Skydiver grabs glider's tail fin and Get up the Courage

Get Up The Courage

Courage is a trait. Like all traits it can be improved. No one is born with highly-developed courage. We are all born as helpless infants.

Regardless of how little or how much courage one presently has, there is an ongoing need to gain even more -- and everyone can learn how to accomplish this.
Love Yehuda


Speaking of courage, check out this daredevil

Hold on, where do you think you're going? Skydiver grabs glider's tail fin as they fly 2,100 metres up at 100mph

A skydiver has pulled off an astonishing stunt by climbing out of a glider's cockpit, crawling along the wing and then somersaulting underneath and stepping onto the wing of a second glider flying below.

Paul Steiner then moves back onto the main fuselage of the second glider while the first glider turns upside down and flies overhead so that he can reach up and hold the tail fin at 100mph, forming a human link between the two aircraft. He then leaps off and parachutes back to the ground.

The spectacular stunt, captured on YouTube, was carried out by the Red Bull skydive team 2,100 metres above the mountains in Styria, Austria. And they look mightily relieved as they returned to their airfield.

SCROLL DOWN TO WATCH THE VIDEO 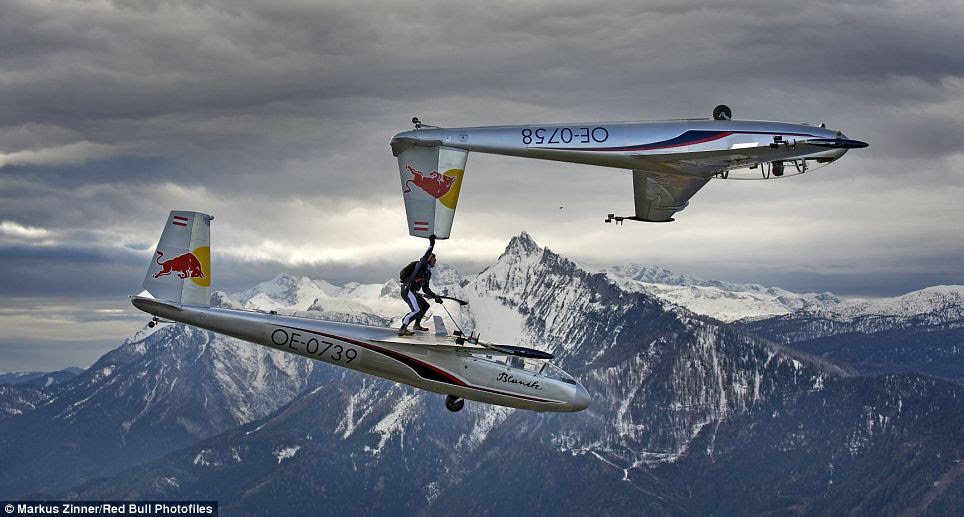 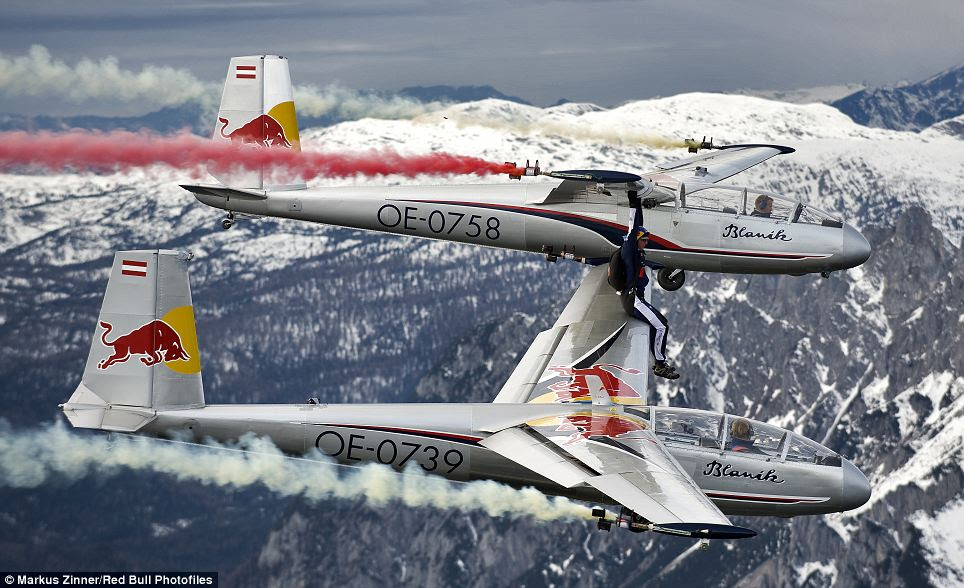 Steiner sits on the wing of the second glider and lets go of the lead glider 2,100 metres above the mountains in Austria

This email was scanned by VIPRE version 4.0.4194 when it was sent, using definitions version 10251