What is Jerusalem Day? And Chalk man pictures

Be Objective about your Actions

A good person desires to help others, and when unable to do as much as he idealistically wishes, considers himself "bad."

An evil person considers himself "good" if he refrains from beating someone up after taking their money.

The lesson: Be objective about your actions, and don't take yourself as seriously. Check with others for objectivity.
Love Yehuda Lave


4. What is Jerusalem Day?
by Arik Barel

Jerusalem Day is the celebration of the unification of Jerusalem in the 1967 war. When Israel was formally established in 1948, the UN proposal was that Jerusalem be an international city. The Arab nations flatly rejected this.

In 1967, after Jordan began shelling Israeli citizens, the fight for Jerusalem reignited. It took Israel only one day to regain control over Jerusalem. It is this victory that we celebrate on Jerusalem Day, the 28th of Adar.

It's one of the oldest cities in the world and one of the most disputed. However, the modern interpretation of what constitutes occupation is biased against Israel. Jerusalem, like most cities in the Middle East, has a long history of different rulers.

At one point or another in history, in addition to the Israelites, the following groups have ruled over and in some cases pillaged Jerusalem: Egyptians, Arameans, Babylonians, Persians, Grecians, Romans, The Arabic Caliphiates, Crusaders, The Ottoman Empire, Britain and Jordan.  The common thread among all of these different rulers? The presence of the Jewish people in Jerusalem.

Celebrating Jerusalem Day is more than just a special day – it's a celebration of the return of the Western Wall to the Jewish people, the rejoicing in the reunification of Israel's capital, a day to thank God for this victory, and a time to remember Jewish history.

Depending on your religious beliefs, there are some great prayers for Jerusalem Day. Here are some favorites:

1 A Song of Ascents; of David.

I rejoiced when they said unto me: 'Let us go unto the house of the LORD.'

2 Our feet are standing within thy gates, O Jerusalem;

3 Jerusalem, that art builded as a city that is compact together;

5 For there were set thrones for judgment, the thrones of the house of David.

6 Pray for the peace of Jerusalem; may they prosper that love thee.

8 For my brethren and companions' sakes, I will now say: 'Peace be within thee.'

9 For the sake of the house of the LORD our God I will seek thy good.

These are verses of praise for joyous occasions.

This is the psalm that reminds us: "If I forget thee, O Jerusalem, let my right hand forget her cunning."

Reviewing some famous speeches or quotes on Jerusalem is a great way to remember and rejoice. Colonel Gur's victory speech is an inspiring choice. David Ben Gurion's 1949 appeal to the UN about moving the capital of Israel to Jerusalem is filled with insights, brilliant observations and this truth:

The attempt to sever Jewish Jerusalem from the State of Israel will not advance the cause of peace in the Middle East or in Jerusalem itself. Israelis will give their lives to hold on to Jerusalem, just as the British would for London, the Russians for Moscow and the Americans for Washington.

There are a number of songs that sing the praises of Jerusalem. From classics, like Jerusalem of Gold to modern favorites like Matisyahu's Jerusalem, praising Jerusalem through song is a fun way to celebrate. The song Rivers of Babylon, redone by many different artists including Bob Marley and Sublime, is a musical rendition of Psalms 137.

A Jerusalem Day tradition in Israel is to have a dance procession with flags before official ceremonies. Any Israeli dance would be a fun way to remember Jerusalem, the eternal capital of Israel.

Jerusalem has a long tradition of art and artisans. Armenian Christians and pilgrims, who took refuge in Jerusalem, brought their unique and beautiful Armenian pottery with them. The pottery is now emblematic of Jerusalem. Jerusalem is a prominent theme in much of Israeli Art and a great way to remember Jerusalem every day, not just once a year.

T-shirts are another way to show your support for Israel, create a dialog with others about the Jewish state and support Israeli businesses. Free speech doesn't just mean the ability to write what you want, it also applies to expressing your opinion – even if it's "just" a t-shirt. Some Jews, like those living nations unfriendly to Israel, could be jailed for such a "subversive" act.

The unification of Jerusalem was not an isolated incident, rather the culmination of thousands of years of conflict. Jerusalem Day is a fitting time to review some history about Jerusalem, such as the countless sieges that plagued the city (52 of them), with the most recent one being in 1948. Or learn more about the various captures and recaptures of the city (44 of them). You can also explore the historical sites of Jerusalem online or plan your visit.

No matter how you celebrate Jerusalem Day, the most important thing is that you remember Jerusalem:

"I often hear them accuse Israel of Judaizing Jerusalem. That's like accusing America of Americanizing Washington, or the British of Anglicizing London. You know why we're called 'Jews'? Because we come from Judea." Benjamin Netanyahu.


This guy continues to amaze people with his sidewalk 3D chalk drawings.
Remember, these pictures are actually flat. 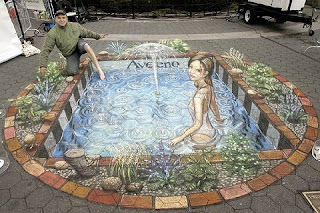 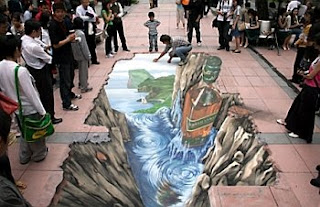 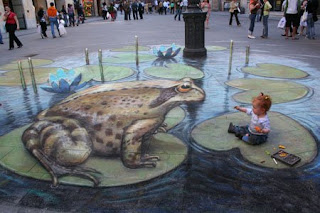 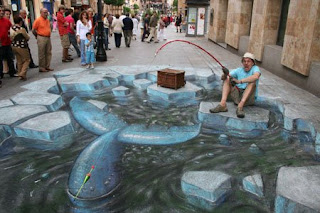 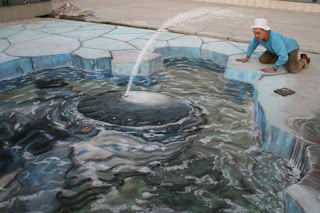 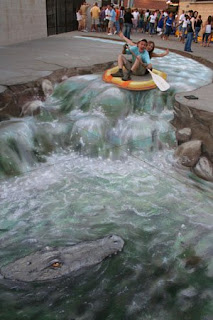 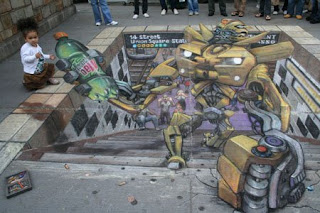 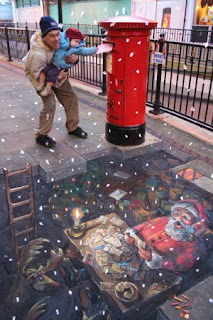 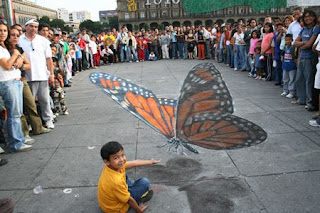 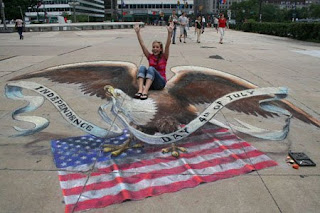 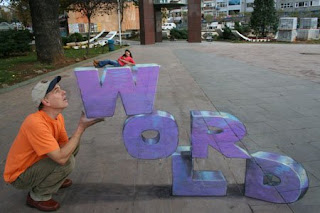 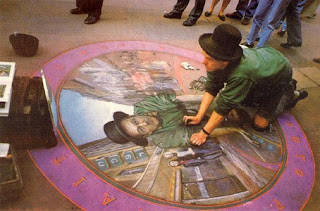 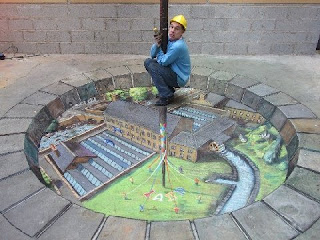 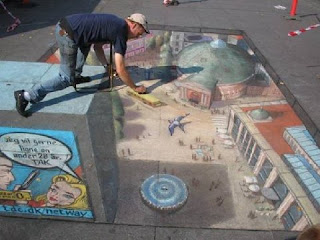 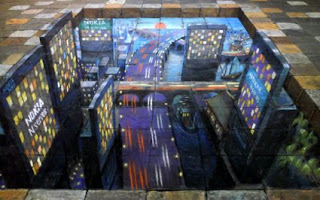 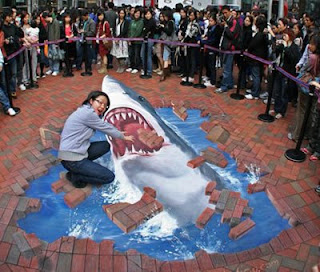 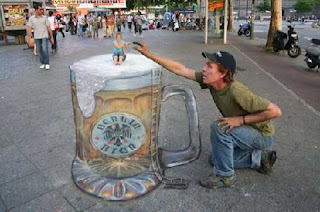 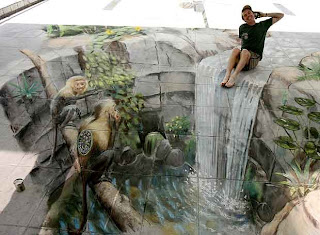 This man is artistically talented beyond the visual boundaries of sight!!
--
Visit my Blog: http://yehudalave.blogspot.com